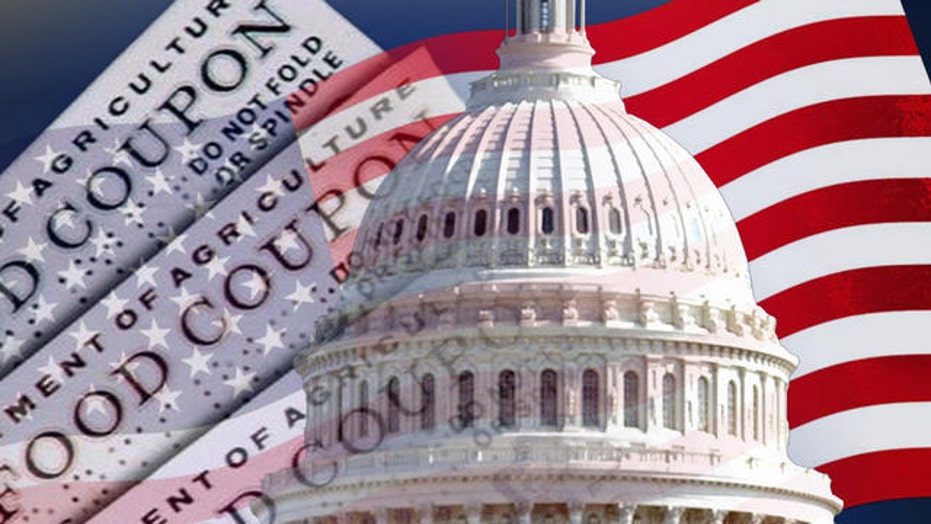 JONATHAN HOENIG: This country was founded on the principal of individual rights. Your life belongs to you. That's why none of these social, progressive programs were in the constitution. In fact, our most prosperous time in the country, for everyone, came before any of these programs were enacted. The social ills have risen, along with all of these entitlement and welfare programs, whether it's poverty, food stamps, or college costs. It hurts the recipients more than anyone. It retards their skills, their minds, and their sense of life.

MICHELLE FIELDS: These are supposed to be short-term fixes. Unfortunately, it's become a way of life, and it's leading to a ton of abuse. We have 46 million people in America on food stamps right now. And the number of food stamp fraud cases has increased by 30 percent. That amounts to $800 million. That is a ton of money. The reason why is our focus is no longer on policies that lift people out of poverty. It seems as if our policies are based on making people feel more comfortable in poverty; that's what it aims to do. It's unfortunate.

EBONI WILLIAMS: I think we all know that, by design, these programs are supposed to be incentive-based. They're supposed to be short-term, as Michelle said, to help people that are transitioning so that they can better their position in life. Instead, we're seeing people take great advantage of these programs. I agree, it hurts the recipient the most in the end.

WAYNE ROGERS: The Congress recognized some of this back in 1996. The Congress tried to put in-there was a Welfare Reform Act in which the Congress said there's going to be a specified amount of work that you have to do to qualify for this. 20 percent of that has been waived by the Obama administration. The work requirement has been dissipated, so anybody can get welfare fraud. You see welfare fraud in over $800 million; you see disability fraud very high. All of these programs were designed by politicians to get a vote. It's deliberately making people dependent upon the government. Therefore, the politician says, "Look what I did for you. I've made you a lot of money. Therefore, vote for me." It's a system that is bound to collapse sooner or later because of that. Everybody wants to be equal. We have to have equality here. Equality is more important than freedom. Americans are so enamored with equality that they would rather be equal in slavery than unequal in freedom.

MICHELLE FIELDS: It's apparently not enough for the government to tax us to death. They also have to make a profit by selling our personal information, and making us receive all of this obnoxious junk mail. What's really concerning is that when ObamaCare kicks in the government is going to have so much access to our personal information, and they're going to be able to compile these marketing lists to sell to tons of businesses. There is an incentive to do that, because what happens is we're going to start receiving tons of solicitations through junk mail, and the postal service is not doing so well right now. The reason it's surviving is because of junk mail. So the government has an incentive to do that because you're basically saving all of these government jobs.

EBONI WILLIAMS: It absolutely concerns me because we're already so skeptical -- reasonably skeptical -- about all the access the government has in general, and now they're profiting off of it? I mean come on. That's ridiculous. If anyone's going to profit off of the sale of my private information, shouldn't that be me? Like seriously, not our federal government.

WAYNE ROGERS: I'm just laughing because I'm thinking who in the world is interested in all this stuff? Why is anybody interested in my private information, or Jonathan's, or yours or anybody else's? It's just nuts. The real problem here is it's a violation of the Constitution. The Fourth Amendment is just being made -- they're digging into everything they can. They do not have the right to do it. Nobody stops them. The Supreme Court doesn't say anything. The Congress, God forbid, doesn't say anything. And the politicians don't say anything. That's what's wrong with it.

JONATHAN HOENIG: At least with a private company I can choose whether to give them my information or not. Government forces you to give them information, and then turns around and sells it to the highest bidder. And Wayne, you said who would want it. It's pretty sick, the Social Security Administration sells that master death list to people who then market to the survivors of the deceased for real estate opportunities. It's pretty sick. And what a nuisance.

MICHELLE FIELDS: I think every state ought to be a right-to-work state. Employees should be able to work wherever they want without having to join a union. Why should a worker have to go and pay dues to a union? That union takes that money to support candidates and campaigns that they (the members) may not support. From 2005 to 2011, big labor spent $4.4 billion in political spending. Why not allow the American worker to keep that money, rather than give it to a union that spends it on campaigns that they may or may not support.

EBONI WILLIAMS: I don't think we need to go so far as to make the whole country a right-to-work country, but I do see Michelle's point. I don't like that concept of taking union dues and supporting candidates, sometimes involuntarily. But I do think unions do good things. I do think there's something to be said for collective bargaining, and someone advocating for work conditions and things like that. So, again, I think it should be up to individual states on this one.

JONATHAN HOENIG: This is why states like Kansas, Iowa, North Dakota, Oklahoma all have unemployment rates either 5 percent or below. Those are right-to-work states. Right to work is just implicit in the right to life. To Michelle's point, the right to choose a job and not be forced to pay union dues, and also the right as an employer to hire whoever you think is in your best interest. We often talk about unions as parasites-and this is the best example of how they really are.

WAYNE ROGERS: We know that from 1998 to 2008 Texas gained over a million jobs, Ohio lost 10,000. Texas is a right-to-work state, Ohio is not. All of this occurred in the depression in 1933, and they had a closed shop where the union could coerce you, to force you to pay union dues regardless of whether you were a member of the union or not, and they could control your job. You were working for the union, you weren't working for the employer. That changed in the Taft-Hartley Act in 1947, rightly so. But there was a period of time there when people actually thought this was fair. Where that comes from, I haven't the faintest idea.

WAYNE ROGERS: "Tango" with (TNGO) and tech companies to "dance away" with profits

JONATHAN HOENIG: Protect yourself from chaos in Middle East with (VIXY)