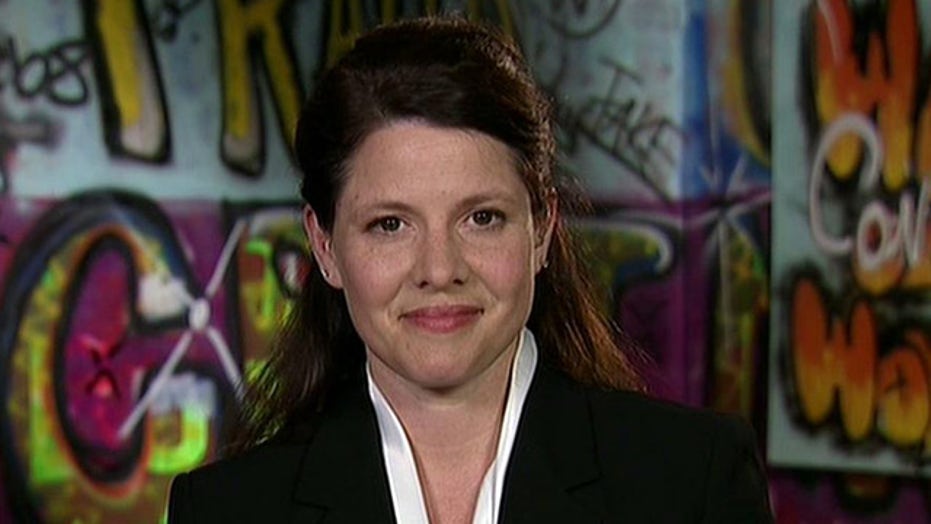 This is a rush transcript from "The Kelly File," June 3, 2014. This copy may not be in its final form and may be updated.

ANNETTE BOSWORTH, SOUTH DAKOTA SENATE CANDIDATE: The Democrats talk about a war on women but much of what you see is -- see here is written by the supposedly tolerant liberal. Their message is clear. Conservative women are fair game. If you are a female and a Republican, anything goes.

MEGYN KELLY, HOST: That was South Dakota Republican Senate candidate Annette Bosworth who had hateful and sexist comments written about her in her campaign. She addressed them head on, on the recent presser while standing in front of a display of actual slurs that artists had spray painted on her campaign signs.

Tonight in "The Kelly File" follow up, she joins us live. U.S. Senate candidate Annette Bosworth. Annette, thank you very much for being here. I want to start with the breaking news from the Associated Press that reports that you have lost your race and that former South Dakota Governor Mike Rounds has prevailed in the GOP primary. Your thoughts on that and then we'll get to the controversy.

BOSWORTH: Well, that's news to me. I didn't know that.

BOSWORTH: You know, it's been an amazing -- I didn't know. So, I found out on national television.

You know, Megyn, it's been an amazing race and it's very important that the South Dakota shows the country about getting behind the Republican in South Dakota so that we can get Harry Reid, out of -- get him kicked to the curb, so the next step of this race is to support our Republican primary as much as that's disappointing to me.

KELLY: Sorry to break the news to you. The former governor does -- is said to have a good chance as far as the GOP field goes.

I wanna ask you though about these attacks against you and whether you do think it is a Republican versus Democrat thing when it comes to women.

KELLY: Yeah, they didn't want to hear about that.

BOSWORTH: Why is that?

KELLY: They wanted to talk about something very different. My apologies, we're short in time because we've so much news tonight. All the best to you and to the audience. We'll be right back.