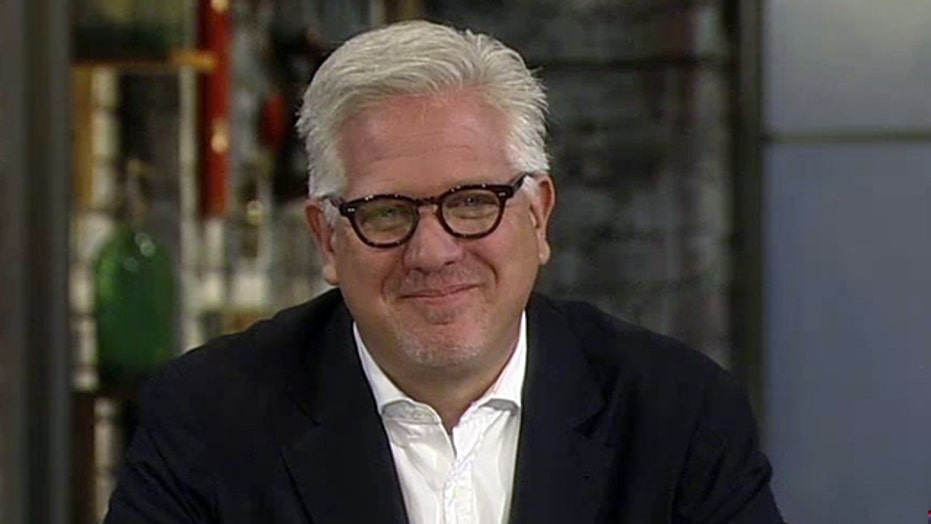 Glenn Beck on why America should 'return to common sense'

Radio host's top ways to turn the country around

This is a rush transcript from "Hannity," October 28, 2014. This copy may not be in its final form and may be updated.

SEAN HANNITY, HOST: Joining us now with reaction to this and much more, author of the brand-new book available today, "Dreamers and Deceivers: True Stories of the Heroes and Villains Who Made America," good friend of the program, Glenn Beck. Sir, how are you?

GLENN BECK, "DREAMERS AND DECEIVERS" AUTHOR: Good, friend Sean. How are you?

HANNITY: You know, since you left, if you noticed, the technology has improved. We don't have to use the blackboard like you used to use...

I read some comments -- you and I have had private discussions. We've been on each other's shows a lot.  And I think we're in the same place. I'm really upset with Republicans because I don't think they're putting out a vision that is inspiring to people.

BECK: No. The reason why the Republicans are duking it out is because they went and they -- you know, they clipped the wings and knocked the knees out of anybody who actually believed in the Constitution and actually wanted to really go and make some fundamental changes in Washington.

And so they're duking it out, you know, progressive versus progressive in some of these states. And it's foolish. They're spending all of this money, where they could have been uniting the country behind some really basic principles that I think most Americans actually agree with.

HANNITY: But they will have an opportunity -- if, in fact, the polls are right -- and the polls are up and down and on any given day, you've been seeing states, one candidate is up, the other candidate's up, outside the margin of error. So I can't really tell. I don't have a crystal ball.  But assuming they were to get control of the Senate, I think it would be good for two reasons. First and foremost, it would stop the Barack Obama agenda, I would hope.

BECK: What are they going to do on immigration? Because that's going to be the big one.

BECK: The first thing that's going to happen, Sean, is he's -- I mean, he's printed the green cards. So he's going to -- you know, with the stroke of a pen, he is going to make the illegals legal. So now if they have control of the House and the Senate, what do they do? And what moral authority do they have to be able to actually make any kind of moves?

HANNITY: The only constitutional authority that they do have is the power of the purse, which they have been unwilling to use up to this point.

BECK: Correct. They haven't used it on really kind of easy things.  They're going to use it on this? And what's that going to do to the country at this point? I mean, if they -- if they actually got into power, I mean, I would -- I would really love to see them start with things that would unite all of us.

We're going to make sure that we don't have any special exemptions on ObamaCare. We're going to reduce our salary. We're going to put term limits in for us. If they went and they attacked themselves first, they would actually have the moral authority to be able to...

HANNITY: I'll tell you what. When we come back, I want you to lay out your top five, six items. I'll lay out mine, and what I think the vision should be, what I'd like it to be.

HANNITY: The one and only Glenn Beck will continue right after this break.

HANNITY: And welcome back. We continue now with the author of the brand-new book available today, "Dreamers and Deceivers: True Stories of the Heroes and Villains Who Made America," Master Glenn Beck, sir.

All right, if I had my way, I would want a return to the Constitution, number one. I want to secure our borders. I'd want to stop robbing from our children. I like the penny plan. I'd like choice in health care. I like health care savings accounts. I would certainly like school choice.  That would be a big issue of mine. You know, those are -- and a recognition that radical Islam exists, which we don't have right now, like in the case of Ft. Hood or the case of Oklahoma.

What are Glenn Beck's top six items for how to turn the country around?

BECK: You're not going to be able to fix anything until we can at least admit the problems that we have and then fix the easy, low-hanging fruit. And it really is from common sense.

Two, on terror, you're exactly right. We have to start saying the truth! It is not radicalized Islam. This is psychotic Islam. Anyone who thinks that you can behead people that disagree with you, that's psychotic!  That's got to be called for what it is. And also announce that, yes, it does happen here in America, as well.

It is all throughout the planet. We have to recognize it, see what it is, rip it out by its roots. That doesn't mean we hate anybody. That's common sense.

The next thing is economic. You know, we have to just at least start admitting that we have a problem. People say that our economy is doing fine. Our economy is not doing fine. And I have verifiable -- anybody who is an economist can tell you this is verifiable. See how they get away with this one. They're telling us now the Fed is printing so much money or digitizing because they're saying, We're worried about deflation.

So those three things you can easily fix. The economy -- we have to fix the engine of the economy. We have to stop the Fed from digitizing any more money. Enough is enough. Stop spending it.

On health care, let's just start with Ebola! Stop the flights out of Africa without isolation. And the last one is stop with the political correctness. Let's stop saying that this is a gun and somebody chopping off your head is workplace violence. That doesn't make any sense.

HANNITY: Let me ask you the reality here because in principle, I agree with everything that you said. I'd say it a little differently. The penny plan, take a penny out of every dollar...

BECK: An insane person usually would.

HANNITY: But do -- my fear is, is I don't hear very many. There are a few Ted Cruzes out there, Rand Pauls and Marco Rubios and some good governors. There's not enough of them. I don't know if the Republicans have the vision. So my last question...

HANNITY: Do you have faith and confidence if they get the House and Senate that they'll do a lot of these things?

and that was insane at the time. That was a day that I happened to be meeting the president in the Oval Office. And I said, Mr. President, what do you think of that? And he said, trying to comfort me, Glenn, don't worry. Whoever sits behind this desk in this office will find that their hands are tied. They'll get the same advice that I've been getting.  Believe me, they'll do almost exactly the same thing that I have done.

I fear -- he tried to make me feel better on that. That did not make me feel better. And it's come true. I fear that no matter who gets into office, unless they truly have a spine and they listen to the American people and to common sense, they're going to do exactly the same thing.

BECK: Listen to the American people. They don't -- look, Sean, we can argue about policies all day long...

BECK: ... but common sense -- if we don't go back and change the culture and change people's heart and start speaking the truth kindly to one another, gently, without politics, we're not going to make it.

HANNITY: On that very positive note, Glenn, thanks for staying up late. Good to see you.

BECK: Thank you. You bet.