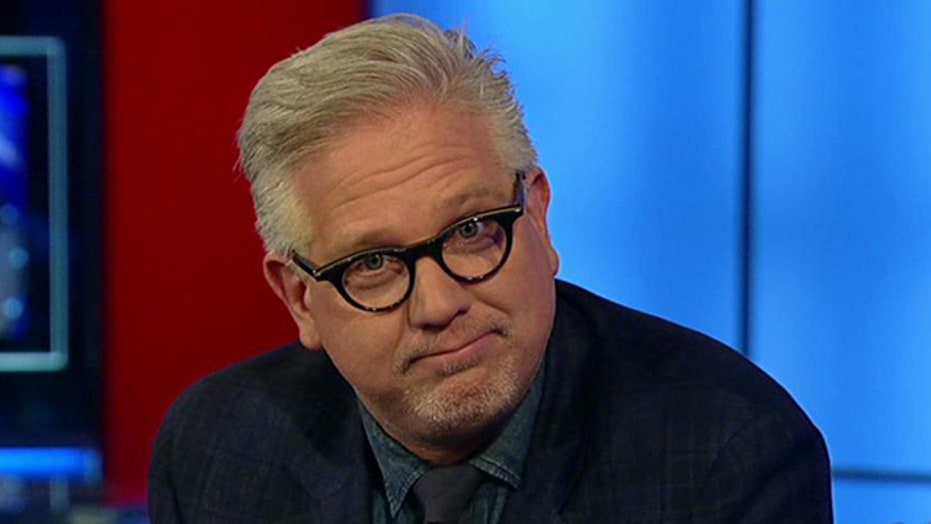 Radio host discusses the crisis in Iraq, state of the GOP

This is a rush transcript from "Hannity," June 12, 2014. This copy may not be in its final form and may be updated.

SEAN HANNITY, HOST: Beaking tonight, Bowe Bergdahl is set to arrive back in the U.S. in just a few hours. We'll have details as they emerge. Here in studio with reaction to this and much, much more, the one and only founder of The Blaze. Do you recognize him? Mr. Glenn Beck, how are you? Good to see you.

GLENN BECK, FOUNDER, THEBLAZE: Why is that?

BECK: I'm friends with everybody.

BECK: Well, not everybody.

HANNITY: There are a lot of people that don't like you!

BECK: Van Jones and the president doesn't like me very much.

HANNITY: Yes. You were complaining that you didn't have a rug when you were here.

BECK: Yes, they didn't make me a rug. I don't think I got coffee cup, and I certainly didn't get a football, either, so...

HANNITY: Look, we have breaking news that we're going to get to in the next segment -- Tikrit, Mosul, parts -- now they're headed to Baghdad.  These extremists now, the Islamists, are on the march.

BECK: Having a really hard time not quoting the presidential speeches during the election that Al Qaeda is done and we don't have to worry about them anymore, and you know, this is just people that are hyping this all up, when, you know -- I can't imagine how I would feel if I lost a son or I lost a limb, and it spiraled into this. But this is the beginning, I fear, of what's going to be spiraling all around the world. I mean, we are -- nature abhors a vacuum, and we have left a vacuum around the world.

HANNITY: You've heard of this group ISIS, the Islamic State of Iraq and Syria. Even Al Qaeda doesn't want anything to do with them because they're so brutal in terms of their execution of even their fellow terrorists. That's how bad they are. This is now the next phase for us that we're going to have to deal with?

BECK: No, I -- you know what? We don't have the resources to deal with it anymore. You know, we should have gone in after September 11, taken care of the bad guys, killed them, not rebuilt them. I mean, I think -- I mean, I think it's real hubris to think that we can bring democracy and peace to a region that doesn't understand it, doesn't want it. You know, you have to -- freedom is something I really truly believe you have to earn.

HANNITY: Yes, but what are we to do, if we believe the 9/11 commission report -- you saw what happened on 9/11. They were at war with us. We weren't at war with them. To me, this is a question of, if we decide to send brave men and women into harm's way...

HANNITY: ... finish the job and win the war.

BECK: Yes. Right. You do finish the job. But we weren't finishing the job under George W. Bush. We're certainly not finishing the job now.  Now we're opening up the doors and saying, hey, you bad guys, you're probably pretty good. Go ahead. Go back home.

HANNITY: Yes, but this is the politically correct world we live in.  If you're going to fight, you fight with overwhelming force and...

BECK: I am with you!

HANNITY: ... you defeat your enemy!

BECK: I am with you!

HANNITY: But you know what that would have meant? Carpet bombing places!

BECK: Lookit -- lookit, war -- people don't understand. War is the art of killing somebody faster than they can kill you. You have to scare the living daylights out of people so they drop their guns and say -- OK, how many lives did we save? And I'm not suggesting we use nukes. But how many lives did we save in Japan? We saved lives there and lives on our side. Yes, it was horrifying, but got everybody to drop their guns and say, OK, enough, I don't want anything to do with that.

HANNITY: You and I have had private discussions -- and I think we're on the same page in one very important area. We think America is in decline.  We think America needs to be saved. We're both angry. I'm angry at Republicans, especially in Washington. I like these conservative governors. I think they're doing a pretty good job in some states. I'm pretty impressed with many of them. But not the Republicans in Washington.

And we have this big, quote, "political earthquake." I think it's because maybe 50 million Americans aren't working or in poverty. There's no jobs available, maybe the VA, maybe ObamaCare...

BECK: I think it's all of that.

HANNITY: All of it.

BECK: ... yes, that want -- they claim they're on, you know, our side, small government. No, no, no. They're Nazis. You can't be a Nazi and a small government guy. That doesn't work. You're a socialist, a national socialist, and on the other side is the communist. Those are your fringe elements. Everybody else is pretty much in the middle, and pretty much, everybody wants to get along.

HANNITY: Don't you get called extremist a lot? I do.

HANNITY: All the time. So people think we're extreme. I want five things out of government...

BECK: But here's the thing. Extremism is somebody who tells America, You can't do it. You -- you need to come through me. You have to elect me, and we'll have bigger government. A rational American is one that says, leave people alone.

HANNITY: But Glen, you know this. You talked about this. You talk about it every day. We have conditioned the American people to think that the government's the answer.

Now, here's what I want out of government right now. I want them to stop stealing from our kids and balance the budget. I want to be energy-independent. We can duplicate North Dakota and Midland, Texas. You live in Texas now.

HANNITY: I want to secure the borders. I want choice in education, which you believe in, and I want a consensus plan to replace ObamaCare, which is a disaster.

BECK: Those would all be great.

HANNITY: All right. Five things. Now, that -- does any -- does anything I say sound political to you?

HANNITY: No. Would it be good for America?

HANNITY: Then why aren't we doing it?

And so what we're doing is we're watching two groups of people fight for power, and they're using us and pitting us against each other, when the average person -- just leave me alone. Let me go to church or not go to church.

BECK: Let me lead my life!

HANNITY: I keep -- for example, Rick Perry, your governor in Texas.

HANNITY: You know what? He's creating jobs. He's moving his state towards energy independence. Look at tort reform in Texas, what it's done for so many people.

HANNITY: It's been really good for the state. I just want people that are going to articulate a vision that's going to make people's lives better in part by getting out of the way. But I think a lot of Americans think you and I want grandma to die and want to steal from little children.

HANNITY: They believe that.

HANNITY: Take food out of their mouths.

BECK: They believe whatever they want. I don't watch NBC. I mean, I don't care anymore. And I think that...

HANNITY: ... care about your country a lot!

He tells everybody, don't get on the boat. I know you're going to chain me in the hold of the boat, but don't do that. There's a hurricane coming. And what happens? Hurricane comes. They go down and they get him, and he's, like, oh, I've been just talking to an angel for a while. Hey, don't worry. Everything's going to be OK.

The point is, he wasn't down in the hold of the ship bad-mouthing people because they wouldn't listen to him. He didn't come up and say, I told you so.

When the hurricane comes, we need to look people in the eye and say, have joy. It's going to be OK. But there are a few things that we have to do.

BECK: You know what?

HANNITY: By every measure.

BECK: If America is truly an empire, then she probably should fail because...

HANNITY: It's a Democratic republic, but it is not what it was when we were growing up.

BECK: And it's -- and it's because we have done one thing. People were -- people were created to be loved. Things were designed to be used.  In our America today, people are being used and things are loved. Until we can flip that around, we'll be arrogant and out of control.