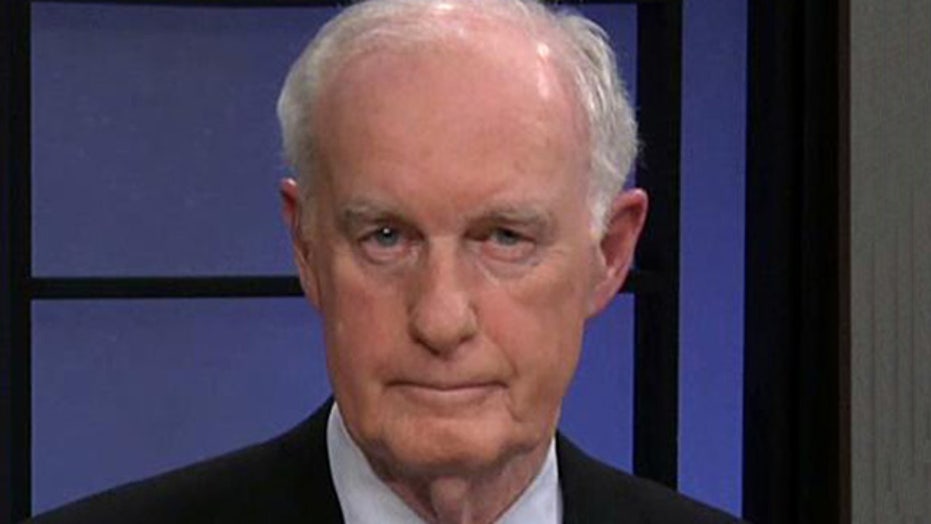 This is a rush transcript from "The Kelly File," March 19, 2014. This copy may not be in its final form and may be updated.

MEGYN KELLY, HOST: And breaking tonight, the government of Malaysia is now reportedly turning to Pakistan for help finding this missing plane. That news comes as an Intel group is claiming that a source within Boeing is claiming that the company, Boeing, which made the jet, also believes this airplane is in Pakistan right now. As we first reported here last night, the jet changed course shortly after takeoff, adding fuel to the hijacking theory. In other words, they had made the change, had programmed it in at least prior to signing off from air traffic control without mentioning that.

General Tom McInerney is a retired Air Force pilot and a Fox News contributor. General, good to see you. And so as I understand it a source within Boeing reportedly told this group, LIGNET, which is a bunch of retired CIA types, that Boeing according to this source, believes the jet is in Pakistan, Boeing came out today after you talked about that on Fox News yesterday and said we don't have information. I want to get the denial, the Boeing company does not have information that substantiates your claim. Your thoughts?

MCINERNEY: Correct, and so I did some computations on my iPhone with Siri, and those are the distances that I have to reverify. But it is strange that if they are the approximate same distances and the pilot erased his data, and despite what the lady said there, that they erased things, we all erase things. But it may be very interesting, the data that they did erased when we look at it. We don't have anything on that. Now, the distance down to Diego Garcia is shorter, to around 2,100 miles. But my understanding, I haven't seen any data that corroborates that they went south. And understanding this and looking at it and I believe the pilots were involved. This was too smooth. This transition was too smooth. I think there is a lot of different intelligence coming out of the Malaysian government that has been not verified. And they're not coming clean with this.

And the U.S. government has not come clean with this. And Boeing and Rolls Royce have a lot of data that they haven't put out in the public air ways, and I think they ought to. I still think a course of action now, Megyn, is that the airplane went north and it went into either Pakistan or Eastern Iran. I don't -- cannot confirm that. But all the data I have, this would be a course of action, again, a course of action. If you don't take the right courses of action you can't look into the right data bases. And people are making a lot of statements about well, the radars would have picked them up coming up, et cetera. They don't look -- those controllers at 2 in the morning -- are not looking on skin pings, they're looking for transponders. And I dare to say that there is probably not an Air Force along that whole route that is on alert, 15-minute alert at 2:00, or 3:00, or 4:00 in the morning. That is not the threat.

KELLY: I know you are very well connected in the Intel circles in this country and military, as well. So you've got information, not all of which you can share with us. But what other data, in your mind, is here that suggests this plane may have landed, the original report claimed it may have landed in Taliban-controlled territories. I know you took that to mean Pakistan.

MCINERNEY: Yes, Western Pakistan. They have got three bases out there. I don't know that but I looked up what the Pakistani Air Force has in the west side there, and so -- western part of the country. And there are three bases that could have handled this. I don't know if these were the bases. I just think that we ought to hear from the U.S. government that a denial that they have any data that showed that this airplane would have landed there. Now again, they wouldn't have got it necessarily at landing. They would have gotten it different ways and they have to go into those data bases. If they think it is down in Diego Garcia, they have to go into other data bases so they will not find that. And that is why people have to take the right courses of action so you look in the right data bases.

KELLY: That should be very interesting now that the Malaysian folks are seeking Pakistan's cooperation if your theory is true. General, great to speak with you.