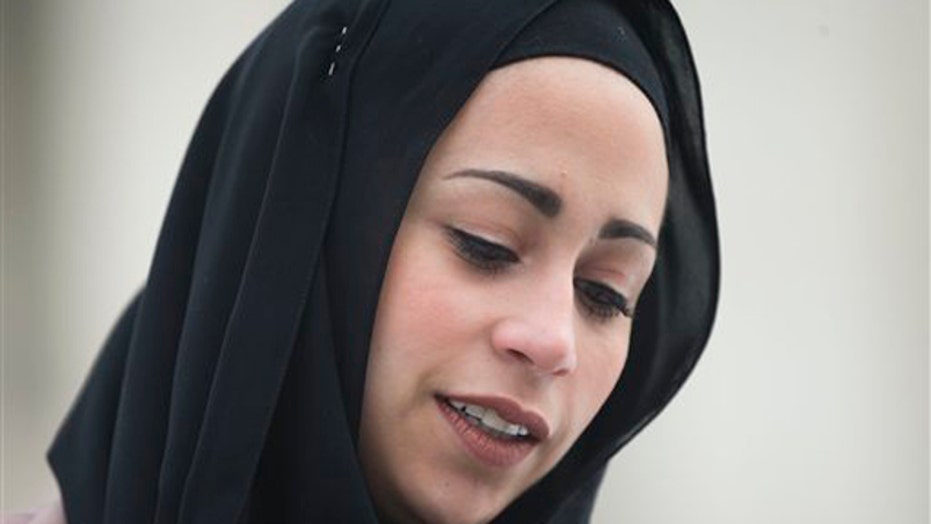 Freedom of religion vs. free market

MICHELLE FIELDS: they should be able to choose what image they project to the public.  Abercrombie & Fitch hires people who are essentially models. What they’re modeling is the clothing. If this woman was applying for a job at their factory where she wasn’t a brand ambassador I would say sure, she should be able to wear her hijab. But if she is going to represent the company and be an image of the company, well, the company gets to decide what you wear. That's how it works. But can I say how hilarious it is that liberals all of the sudden care about religious freedom. But when it comes to business that doesn't want to serve cake or be involved in a gay marriage because of their religious rights or don't want to provide birth control or abortion, liberals are silent on the issue.

WAYNE ROGERS: It seems like to me that she should have said, as I understand the facts, in her initial interview, she didn't say anything about the scarf or being a Muslim. And she should have disclosed that. It's not up to the employer to decide or to figure out what religious problems you may have as an employee.  In other words, if I’m inquiring about your religious peculiarities or whatever they may be, I’m invading your privacy about that. I think the factual part caused this problem.

JESSICA TARLOV: Well, it's a religious belief system. She was wearing the scarf because she was Muslim. She's a 17-year-old girl. This idea she knew that she had to announce it-- I know the Americans with Disabilities Act says you have to declare what that is. But to Wayne’s point, what could that have possibly been thinking she was wearing the head scarf for, beside her set of religious beliefs? We now have unity or almost unity on the Supreme Court, which rarely happens. They're right here. Abercrombie & Fitch has a right to desire who they want but not a right to discriminate.

JONATHAN HOENIG: Emotions are not tools of cognition, so how everyone feels is   irrelevant. Take it from a business perspective. Why would anyone want to hire a full-time employee like this? Employers are sitting ducks. Abercrombie is a business owner. They have a right to hire anyone for whatever reason they want at any time they want, including if they're wearing head scarf. If it's your business, you have a right to discriminate how people talk, how people walk. It doesn't matter.

JONATHAN HOENIG: You want to know why our culture is collapsing. It’s because progressives, no wait, wait, wait, 'regressives' like Russell Brand. He is ignorant. He talks about a system where you do whatever you want, you exploit whatever you want, and socialism is just “into sharing”. This is why the culture is collapsing; it’s the ideas that are perpetrated in schools, not just here in America, but all over the world.

JESSICA TARLOV: I think it was a big mistake. Also because Russell Brand missed the point of the conversation. We were talking about income inequality. He didn't show the other side that was presented on that episode. I actually enjoy Russell Brand. I think that he’s funny a lot of the time. He’s a self-proclaimed socialist; that’s okay, too. But as the representative of the liberal ivory tower, I would say he missed the point and they shouldn't be using that in classrooms.

MICHELLE FIELDS: People complain that the school systems in America are bad. Maybe it's because we have liberal principals and teachers who think that it's a good idea to show Russell Brand giving a crazy rant in his basement on YouTube. I mean, this is ridiculous. This is a man who does not understand economic theory. This is a man who hates capitalism, but is completely fine making millions because of capitalism. He wants to talk about everyone sharing the wealth. Why doesn't he open his home to all the people who need it? He won't because he's a hypocrite.

WAYNE ROGERS: Well, fortunately we have in these country school districts and school districts have school boards. The people on those boards are elected. They determine what the curriculum may be and what teachers are teaching. This guy is just an idiot; total moron. I thought he did a funny imitation of Jonathan, but other than that…

JONATHAN HOENIG: We don’t need surveillance. We need moral self-righteousness. We know who the enemy is. It’s Iran, Saudi Arabia, state sponsors of terrorism. Maybe a good start would be renaming the Department of Homeland Security, the Department of Defense to what it was named before the 1940S; that is the Department of War. Call it war, not defense. Defense is endless. A war is fought and a war is won. Militant Islam is the enemy.

WAYNE ROGERS: Well, I’m first of all I don't agree with that. But putting that aside, I think it's a good thing that they did. All it changes is it means that the federal government has to go and get a court order before they can attach or get into somebody's private business. Then the phone companies will collect that information as opposed to the feds. The problem with that is that feds themselves, we just had this last week where the entire federal employee group was invaded. The feds themselves can't control it. The IRS can't control it. They know that they're out of line in all of these places. That's why we need the protection of the courts.

MICHELLE FIELDS: We don't need to strengthen the NSA program. We need to start taking ISIS seriously. They're not a bunch of amateurs. These people in Boston were radicalized by ISIS. Let's stop pretending ISIS doesn't exist. It doesn't mean they're going to go away. This administration thinks that if they just pretend they’re not there they will go away; they’re not. Let's get at the root of the problem. Let's go after ISIS.

JESSICA TARLOV: I agree. This is something 60 percent of Americans support. I think it was smart to water down the Act. The provisions that actually found this guy are staying intact; they’re grandfathered into the USA Freedom Act. Nothing to worry about.