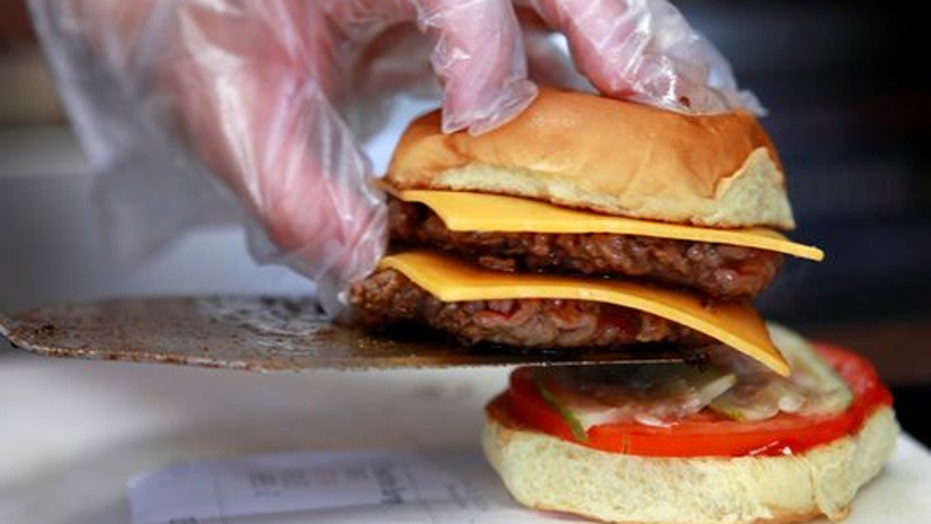 What happened to personal responsibility?

DAGEN MCDOWELL: This is nothing but money grab. It will not keep people in the future from eating at these restaurants, getting fat and incurring higher related health care costs. How do you differentiate between the companies? You will go after McDonald's, Buffalo Wild Wings and Cold Stone, you would literally have to go after almost every company that manufactures food or serves food in this nation. Where do we draw the line?

BEN STEIN: Nobody makes a person eat a Big Mac or a Whopper. This is an attack on freedom. This has little to do with a health issue. It's a way for lawyers to make money, and it takes away more freedom. By the way, why stop with food? Why not say big cars are dangerous? Why not say cell phones are dangerous? There is no end, once you start down this road.

ADAM LASHINSKY: Number one; these things have been going on long before the Obama administration. Number two; this is a bunch of lawyers. I think it's a bad idea.

CHARLES PAYNE: When Majority Leader Boehner (R-OH) came out with the news I understood where he was coming from, but what I don't get is when do the Republicans make a real authentic stand? When do they say, "Forget what the media tells you, we are driving down an irreversible path." Here's the thing, we're going to take pain regardless, we either jump off a one story building now or we jump off a 100 story building; we should take a stand right now and be honest about it.

BEN STEIN: We have a president who refuses to compromise. We are headed towards another shut down that will hurt the Republican Party. My question is one step beyond this, which is what are they willing to do with Congress and after the next elections?

DAGEN MCDOWELL: The political calculation here is that they know that this debt ceiling fight is not a vote getter because the economy is growing so slowly and the average American isn't feeling the higher interest rates from the debt they're running. They're not feeling run away inflation. They feel the health care law. Their health care is changing. That they see.

ADAM LASHINSKY: I'm a fan of the political system. It may be a legislative process, but government isn't shutting down. Parties are talking to each other. They have the opportunity to work together.

CHARLES PAYNE: One thing I think we should all embrace is the idea of booms and busts. Without a boom and bust system we don't become the greatest country in the world, but you can't get that sort of cycle going when we discourage everyone from taking risks. Entrepreneurship is down dramatically. Take the chances, when people win, they win big; they have coat tails and the world benefits.

CHARLIE GASPARINO: He did it on his own. He's not going in and saving banks like Buffett does when he knows the banks will ultimately get bailed out. He risks his own money and he wins. He's a guy that came from nothing. He made it on his own. Someone people should admire him. When you look at him in his totality, he's done great stuff.

DAGEN MCDOWELL: It's really rich anger, and there is a lot of anger directed at people who have been great successes. You're starting to see the turn against the Silicon Valley entrepreneurs in California.

ADAM LASHINSKY: I've got nothing against successful people succeeding. The issue is, what do we do for the rest of society?