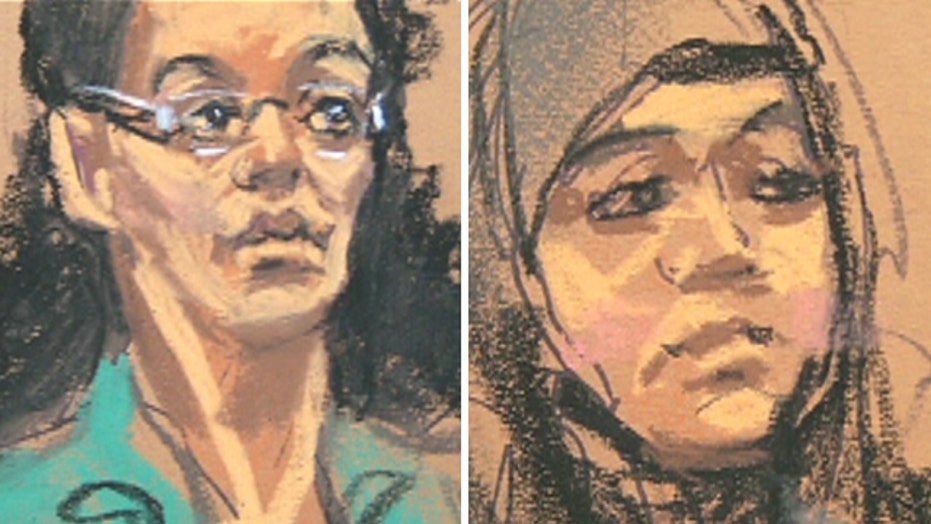 Fighting homegrown terrorism in the US

Reaction to women arrested in NYC

TWO NYC WOMEN ACCUSED OF PLOTTING TO BUILD BOMBS, DETONATE THEM IN U.S.

Charles Payne: It's not that they are bad guys. A lot of times you start out with ordinary people having ordinary lives. Then it's a series of circumstances that change. When you're starting to cook up bombs, you crossed a Rubicon, as it were. Really, what's happening, why is this happening and why are they so vulnerable? Why are these people so drawn to this? I think that there is a feeling even within this country that we are not great, we are not good we are evil. Capitalism is wrong. Crusades justify this. When ISIS does their recruiting, we've already planted the seeds with all the self-negative anti-American rhetoric that i think is starting to have a backlash.

Dagen McDowell: It's not just the marketing, but these are also fame-seeking sociopaths who are seeking out a way to make a name for themselves. Social media making it so much easier these days. Luckily, they're idiots and they write poems in jihad magazines and befriend would-be terrorists on Facebook, which these two women both did. Look at this photo of Osama bin laden I have on my cell phone. Luckily, that helps with the incredible police work being done here in the U.S. Why are you grinning at me?

Charlies Gasparino: In some ways president Obama legitimizes these folks when he goes up there and starts comparing ISIS, he is talking in the context of ISIS and cutting off heads to the crusades. It doesn't take much to go from there to if you are mentally imbalanced and you feel disaffected in society, to go from there to becoming a jihadist. The left of this country has legitimized a lot of their practice by looking at us as if there is something wrong with us. This just proves we should spend as much money as we can on terrorism. This should not be even a budget item. This should be a blank check. I know people in the New York City police department in Special Forces division, they thwart attacks like this all the time they need as much money as they can get.

Adam Lashinsky: We are out-technologying them in a sense our law enforcement officials are using technology and computers to monitor them as they are using it for marketing purposes. Charlie pointed out when he wasn't mystifyingly blaming President Obama for this.

EX-JETBLUE PILOT SUES AIRLINE; SAYS CO SHOULD HAVE KNOWN HE WAS UNFIT TO FLY

Ben Stein: It's insane. I'm sorry to get back to this topic, but we seem to be dealing with a lot of insane people here. What are the odds? Someone commits a series of felonies and says I'm not responsible. I'm suing you, a mentally ill felon fly. If he confessed and said to authorities beforehand, I'm mentally ill, don't let me fly, then they let him fly, maybe he has a case. I don't think he did that. This is the craziest lawsuit I ever heard in my life. I've seen some crazy ones.

Adam Lashinsky: We have a system that allows all sorts of interesting things to happen. Fortunately, fortunately, i would say for companies like JetBlue, in this case the burden of proof is on the plaintiff, right? It's on this nut case's head to prove this case that it was his employer's fault. I have to agree with ben here. This is nuts.

Dagen McDowell: The flip side the pilot who had the meltdown is saying signs should have been identified as i was preparing for work that day, they should have prevented me from flying. Let's say airlines start doing that. They start looking for small, even the smallest of signals that you might not be ready for work. That you might not be mentally stable enough to fly. Can you imagine the number of lawsuits that would be filed if they take them off the job temporarily?

Charlie Gasparino: Number one. I think this guy is crazy. Okay? As opposed to the criminals out there, this guy is nuts. I think we are underestimating the liability here on the part of the airlines if something bad happens. I think look at this German air case where the guy was depressed. If it comes out there were legitimate signs the airline knew he was depressed and something happens as obviously something happened there, airlines are going to have to ramp up their surveillance of everybody.

Dagen McDowell : Is this really any worse than calling DIRECTV? No. File an extension. Boom. Done. You're over.

Ben Stein: I've come to expect very little from the IRS. They make every mistake every year on my return. At one point they thought my name was Cavuto and said I had earned $200 million that year. I expect nothing from them at this point.

Charlie Gasparino: This network in particular all except for me I picks on the IRS way too much. Great institution. Manned by great people. I am the only person who stands up for the IRS at this place. I want every IRS investigator who know that.

Charles Payne: Whether they answer their phone or not, and they should of course and they should work on that, we don't get to have that same excuse. Life is not always fair, Neil.