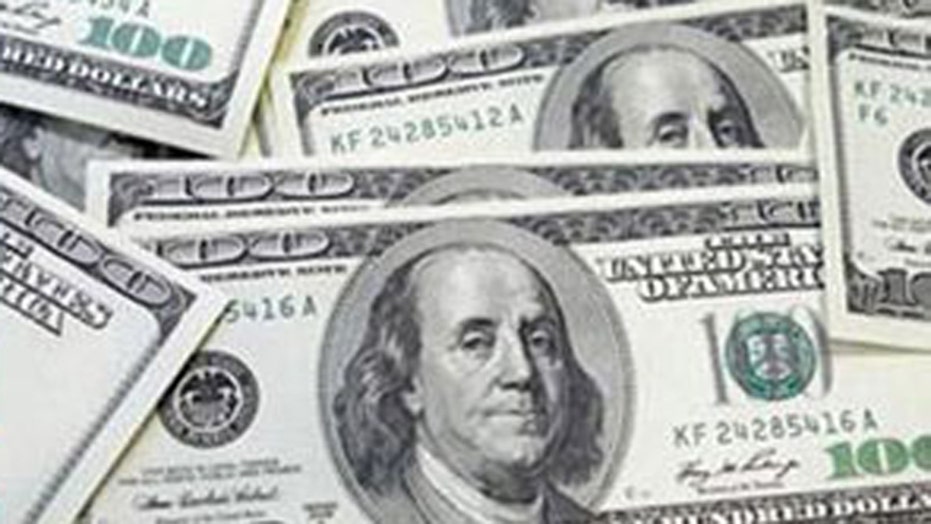 SHOULD THE GOVERNMENT CUT WHAT WON'T HURT US, INSTEAD OF WHAT THEY THINK WILL SCARE US?

JONATHAN HOENIG: Eric, it's not only needless, but it's destructive. All these things they're scaring us about cutting actually used to be handled by the private markets anyway. The TSA didn't even exist before 2001. Before that it was private security. We ate meat in this country for 130 years before the creation of federal meat inspectors in the early 1900s. I certainly don't think the founders intend to do have federal employees growing "boll-weevils". Believe me, our republic nor our economy rests on a federal law librarian making $115,000 year.

SCOTT BROWN: The president should be getting transfer authority; the ability to actually make those cuts thoughtfully and judiciously. He's turned it down. He's made it very clear he wants it to be on the backs of the republicans, and have people blame the republicans. It's time for leadership. It's time to get in there and delegate to your authorities, to your cabinet chiefs and have Harry Reid and others actually delegate to the chairman to find those cuts and do it right away.

CAROLINE HELDMAN: Well, Eric, let's look at the calligraphers. They get paid $30 to $50 an hour, so these salaries are not out of hand. There are ceremonial functions for the presidency. I think we're nickel and diming here. I think we should go after big cuts like getting out of Afghanistan.

WAYNE ROGERS: Well, part of this is the fact that you're saying making cuts. They shouldn't be there in the first place. That's the thing. The budget grows and grows, or the lack of the budget, if you will, expenses keep growing. Nobody thinks about "hey, they maybe shouldn't be there in the first place." You mentioned silly things. We spent $27 million on enhancing the ability to teach pottery makers in Morocco -- not the United States -- how to make pots! That's outrageous! Some of the -- we have added -- there were 2,000 dead people who were distributed food stamps last year! There were 7,000 people who got duplicate food stamps. The amount of waste is enormous. You just can't keep this up. And the President in his absolute outrageous hypocrisy says, "Oh, the people in that speech, the people in the white house who sweep the floors, they're going to lose their jobs." Meantime, he spends $3 million to go play golf with Tiger Woods! Give me a break! Lead from the top.

TRACY BYRNES: Drama, drama, drama. Yet we spend $50 million on uniforms for the TSA. I'm the first person that thinks you should be dressed nicely when you pat me down but we don't need this right now. It's insulting to the American people that they keep trying to get away with this stuff, Eric. Thank God we're here to tell you, I guess. They seem to think you're too stupid to figure it out on your own.

GET RID OF REGULATIONS TO GET RID OF HIGH GAS PRICES?

TRACY BYRNES: They're not paying for it, Eric, we are. It's all passed on. Stop this greenhouse nonsense. Stop this summer blend-it's like we've got to change outfits in the middle of the year. Pass the Keystone XL Pipeline. We have a friend in Canada that wants to send stuff to us. Instead we're dealing with nutters like Venezuela, and countries that hate us. It's very simple but nobody is doing anything.

CAROLINE HELDMAN: That is a state level thing. Are you really arguing that the federal government should be dictating the states' laws? I don't think you are. This is not what is causing the prices to go up. We have the highest domestic production since 1992. We are less reliant on foreign oil than we have been in two decades. It is not these regulations that are driving prices up.

JONATHAN HOENIG: Those are the same refineries that have dealt with over a hundred billion dollars in regulatory costs since the early 1990s. Regulators don't build anything, they don't create any plants, they don't innovate. All they do is destroy. They prevent progress. They prevent energy from being pumped. I think the energy regulators-- the environmental regulators in particular, are quite nefarious. We use this fossil fuel to better our lives. Oil and natural gas powers our modern world. Everything they do to make that more expensive, less available hurts mankind.

SCOTT BROWN: Wind, solar, nuclear, hydro, geothermal, citing, permitting. You're right, there has not been in the last 30 years a permitting for a refinery. How about a nuclear facility? We need to be energy independent, and it's not going to be by not approving the Keystone Pipeline. It's not going to be by adding more and more regulation to our energy producers. There is a risk obviously, we want to have some regulations, but overregulation is not the way to do it.

WAYNE ROGERS: The amount of progress that we have made both scientifically, and in discoveries in shale and things like that-there's going to be enough oil that we will be independent from foreign resources. The fact of the matter that all of these regulations don't help, but sooner or later we have to come to some sort of an agreement where it works out for everybody. As you pointed out earlier, there are so many different kinds of gas that are produced. Everybody is producing. For example, in California you have a high-carb gas and everything has to be done in a certain way. In another state it's a different way. All of these refineries have to meet those standards. It's very difficult.

SCOTT BROWN: I'm not sure what is gaining steam. American citizenship is not for sale. Bottom line is we need to fix illegal immigration system. It's broken, we all know it. Obviously we have to have a fair and open and transparent discussion with lawmakers to make sure that everybody is included securing the border. Before you do anything you have to do that, period, unless nobody is going to go along with it.

WAYNE ROGERS: No, I do not. I think it's a crazy idea. I think Scott is absolutely right. You have to enforce the law. Let me tell you the best solution of all: I'm going to become illegal. I get more stuff being illegal than I do being legal. I want to convert. So I get free hospitalization, my kids go to school, I get on the government doll. I am going to become illegal. That's the important thing, and I don't have to pay for that.

JONATHAN HOENIG: I disagree, Eric. This isn't a market system. I mean market implies free market. This is tax. It's a $50,000 tax. While I agree with Senator Brown-- I don't think citizenship is for sale-I do think that anyone who wants to come here should be given residency for free. They should be allowed to stay to work, to produce. Immigrants don't take from this country; they produce for this country, they provide for this country. A real free market would be just that: an open border policy that would welcome anyone-no handouts, no subsidies, no entitlements-- but welcome anyone that wants to come here, work and produce.

CAROLINE HELDMAN: I think this is a terrible idea because it produces this economic bias that wealthier people that can afford to pay $50,000 are worth something more to this country. It sends a terrible message. The Senator is right, our citizenship is not for sale. Immigrants, even those that are here illegally, pay taxes and contribute to our system $80,000 over the course of their lifetime. So now, we should not be charging them to come here.

TRACY BYRNES: Good thing you are a TV star and you're not in sales, because I'm not buying it either. My family came over from Sicily. They had nothing when they came to this country. They did it right. They took all the little tests, they passed, and they made something of themselves, and that is what this country is about.