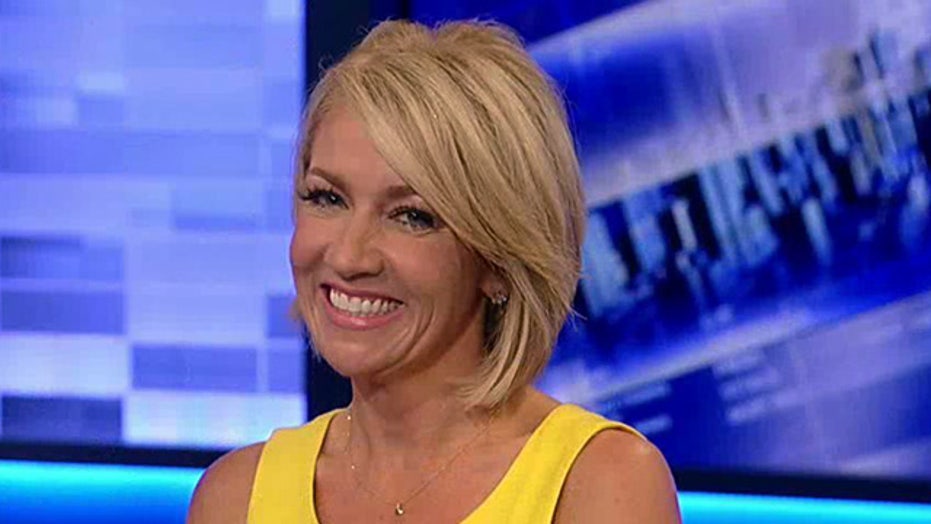 Exclusive: Amy Kushnir speaks out after storming off set

This is a rush transcript from "The Kelly File," May 15, 2014. This copy may not be in its final form and may be updated.

SHANNON BREAM, GUEST HOST: When openly gay college football player Michael Sam was drafted in the NFL this weekend, he kissed his boyfriend in celebration on live TV. But that touched off a national debate that had nothing to do with football. And that debate find his way to the set of the Dallas morning show "The Broadcast" where the hosts definitely did not hold back.

LISA PINEIRO, CO-HOST: There's been a NFL player -- can't remember the name -- who texted "horrible" after he saw that on ESPN. There was a college player who texted something that was derogatory about seeing that kiss that Michael shared with his boyfriend in celebration, and they came down on those players who didn't have nice things to say with fines and basically, letting them know that hey.

AMY KUSHNIR, CO-HOST: They were fined? I didn't know that.

SUZIE HUMPHREYS, CO-HOST: They were fined for expressing how they felt.

PINEIRO: Why are you shaking your head?

HUMPHREYS: I'm shaking my head because people don't have the right to express the way they feel if it offends somebody else. I am -- I live in America. I still feel like I have the right of freedom of speech, and I don't have to be penalized for my own opinions.

KUSHNIR: You're going to be pegged.

PINEIRO: You can't say what you want to say when you're part of an organization that has the right to tell you you're working on behalf of our organization, you're not allowed to say that.

KUSHNIR: But when parents do not have a choice as to whether or not they want their children to see this, it's wrong.

KUSHNIR: I don't watch any of that. Don't watch it.

It's being pushed in faces.

PINEIRO: Had he been kissing his wife, would it have bothered you?

KUSHNIR: I would have said, "Get a room."

PINEIRO: Are we being completely truthful when you say that it would bother you just as much if he was kissing his wife --

KERR: We wouldn't be talk about this if somebody kissed their wife.

HUMPHREYS: Why does she not have the right to say what she means without being slammed --

PINEIRO: No, she does.

KERR: It's an argument.

HUMPHREYS: Why can't we just accept that she feels that way and leave it alone?

PINEIRO: I don't think that there is any argument about that.

PINEIRO: OK and you're gonna leave.

BREAM: Well the woman who said she was headed to Midland kept going away beyond that. Amy Kushnir, is here in New York. And joins us now, Amy, nice to see meet you.

KUSHNIR: Back from Midland.

BREAM: Yeah. This is a long way from Midland. So, let's talk about this. I mean, it sparked a debate, it sparked a lot of conversation.

BREAM: And I gotta tell you, you know, talking with a lot of different people. You worry about so much of what you watch in sports. I feel like we watch a lot of ESPN in our house, we watch lot of sport in our house. There are Victoria Secret commercials every five seconds, Go Daddy is very provocative during sporting events, and you've got beer commercials with people falling out of their clothes. Are you concerned about the bigger conversation of sexuality being thrust on kids in these sporting events or were you specifically concerned because this was something maybe you didn't want your kid exposed to?

KUSHNIR: Well in this case, we were specifically talking about the Michael Sam incident, the kissing incident. And so, we were really focusing on that and what came to my mind initially was just that, I didn't feel it was appropriate. It was actually over the top. ESPN used it as an opportunity to put out shocking video when ESPN is a sports network that families watch. I mean, we've got children that play sports. They watch ESPN all the time. So, it bothered me that they used this as an opportunity to promote their left wing agenda in my opinion.

BREAM: OK. So, it's a historic moment in sports. Obviously, coagulations to anybody, I mean, to get drafted --

BREAM: -- into professional sport is an amazing thing regardless of who you are --

BREAM: But as you said, this was your particular opinion.

BREAM: Do you worry we're getting to a place where -- if your opinion does not agree with other people, you can't share it?

KUSHNIR: I don't worry about it. I know that's true. That's true. Because if you are trying to maintain traditional values and views in your home and if you share them, you're going to get lambasted because it does -- it goes against what is politically incorrect.

BREAM: Well and I know that you have -- I wanna make sure that we get this. You've taken a lot of heat on social media.

BREAM: Not happy to hear you say what you said.

KUSHNIR: Yes, I had no idea, I'm shocked at the outlandish and most -- if I told you.

BREAM: We couldn't put it on the air.

KUSHNIR: I can't put it on air. Death threats, rape threats, petitions to be fired. It's insane and it's -- and all it is, it's a voice screaming out against something that, for me, was traditional views.

BREAM: All right. Well, they aren't always in vogue.

BREAM: But we would hope in this country that we can have conversations and disagree and do that politely.

Amy, good to see you.

KUSHNIR: Thank you for having me.