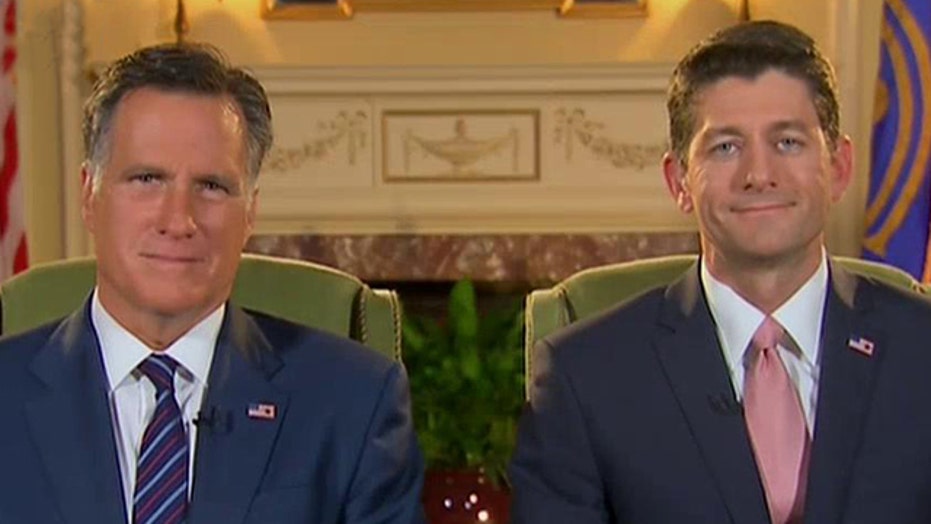 This is a rush transcript from "The Kelly File," August 21, 2014. This copy may not be in its final form and may be updated.

Welcome to "The Kelly File" everyone. I'm Megyn Kelly.

In the last 24 hours we have learned specific details of the failed attempt by U.S. special operations to save Americans from terrorist forces in Syria. Critics are calling this disclosure an attempt by the White House to cover itself politically after the world just saw U.S. journalist James Foley beheaded by a terror group that the president earlier this year dismissed as junior varsity.

In fact, the murder of Foley is just the latest act in a campaign of terror by this group, ISIS -- a group that top Intel officials have been warning about for months. President Obama turned down recent requests from the Iraqis to hit these terrorists with air strikes. And now he is taking questions about whether we face this new terror threat because we chose not to leave any residual troops in Iraq.

UNIDENTIFIED MAN: Do you have any second thoughts about pulling all ground troops out of Iraq? And does it give you pause as the U.S. is doing the same thing in Afghanistan?

PRESIDENT BARACK OBAMA: You know what I just find interesting is the degree to which this issue keeps oncoming up as if this was my decision.

KELLY: So removing all those troops was not Mr. Obama's decision. He said that in June as well. But it is not what he said when he was seeking re-election back in 2012. Watch.

MITT ROMNEY, FORMER REPUBLICAN PRESIDENTIAL NOMINEE: With regards to Iraq, you and I agreed, I believe, that there should have been a status of forces agreement.

ROMNEY: Oh, you didn't want a status of forces agreement?

OBAMA: No, what I would not have done is left 10,000 troops in Iraq that would tie us down.

KELLY: Joining me now in their first joint television interview since the end of the 2012 presidential campaign, Governor Mitt Romney and Congressman Paul Ryan. Mr. Ryan, author of the new book "The Way Forward."

Gentlemen, thank you both so much for being here. And you are together in Chicago at the Union League Club to promote and discuss this book. It's going to be interesting because you, Governor Romney, I know are going to question Congressman Ryan and interview him about the book, which I really wish I could see, but I have to anchor this show after you leave.

Let me start with you on this, Governor Romney, on the reversal, the seeming contradiction by the president with respect to whether he did or did not order the withdrawal of all of our troops, make the decision to withdraw all of our troops and not leave behind a residual force in Iraq. Do you believe the president is misleading the American people?

ROMNEY: Well, I believe the president has made extraordinary errors with regards to the Middle East that contribute to the growth of ISIS and the danger that it represents to us and to the world. And one of those things was not putting in place a status of forces agreement that would allow us to have troops in Iraq. Another was not taking action in Syria at an early stage to coalesce behind moderate voices and make sure they were well armed so that we couldn't have Al Qaeda affiliates and ISIS grow and thrive in Syria which of course is now spread through parts of Levant.

The president has a foreign policy which has failed once again. He underestimated the extent of the threat represented by terror in the world and specifically ISIS. And as a result now we find ourselves facing a very severe and horrific series of scenes on the world stage.

KELLY: Well, how if at all do you explain his apparent reversal in the messaging?

But that being said, the president's policies have contributed to some of the crises that we're seeing around the world, whether in Ukraine, whether in Syria, in Iraq and other places in the world, Northern Africa to name just a few.

KELLY: And we're going to talk about your book in one minute, Congressman Ryan, I just wanted the audience to know.

But I first want to ask you this, Governor Romney, at another debate when you were running against the president he mocked you for saying that Russia is our number one geopolitical threat. Watch. Watch.

OBAMA: A few months ago when you were asked what's the biggest geopolitical threat facing America you said Russia. Not al Qaeda. You said Russia. In the 1980s they're now calling to ask for their foreign policy back because, you know, the cold war's been over for 20 years.

KELLY: Now in the wake of what we've seen Russia do in Ukraine and magazine covers like this one, do you feel vindicated, Governor?

ROMNEY: Well, I don't worry about vindication. I worry about the country. And the president did a couple of things that were in error there. One, he underestimated the objectives of Vladimir Putin. But number two, he mischaracterized what I said. I indicated Russia was our geopolitical foe, not a threat. I said the greatest threat America faced was from a nuclear Iran.

And the president got those things wrong. And unfortunately he underestimated Russia. This whole reset policy with Hillary Clinton smiling ear from ear pressing a red reset button I think is one of the most embarrassing incidents in American foreign policy. The idea that we wanted to give more flexibility to Russia and Vladimir Putin -- Vladimir Putin has taken the measure of the president and he's decided that he can go into Ukraine and grab territory. That is something which I think was contributed to by the president's miscalculation.

KELLY: You know, you said this week in an earlier interview that you believe that President Obama has made, quote, "more mistakes than you predicted." How so?

All of these things, those are just the foreign policy errors. And then domestically we have millions of people who should be back in the workforce that are not in part because of the president's failed economic policies.

KELLY: Yes. Congressman, let me to talk to you. Because you've written this book, it's called "The Way Forward" and in it, you talk about the Republican Party and how things could be different on a go forward basis. Look at you guys now, you look like a presidential team, you know, you like a president and vice president, but you are not. And you have some solutions, Congressman Ryan, for how the party can do better the next go-around. I mean, in a nutshell, how can it unite first and foremost, because you have this divided faction.

REP. PAUL RYAN, R-WIS., FORMER REPUBLICAN VICE PRESIDENTIAL NOMINEE: That's the whole purpose of this book, Megyn. Because if we are going to save this country, we have to build a majority coalition capable of winning presidential elections with an agenda that speaks to each and every single person no matter who or where they are in this country. So my purpose of writing this book is to show not just the way forward but show how we can unify the conservative movement and move forward with a way that's aspirational, that's inclusive, that is majoritarian.

Look, I don't like the direction the country is headed. I think millions of people agree with that. And as an elected leader I feel I have an obligation and responsibility to say and how we would do things differently, to offer a different philosophy of governing, one that is in keeping with our founding principles and show if you apply them to the problems of the day, it can fix this country's problems before it's too late.

KELLY: You're already getting some pushback from the right interestingly when one Tea Party activist writes in Politico, quote -- what the Republican Party needs is quote, "A leader who can unite our party rather than hurling insults or belittling those on the other side because they're upset." You referred to the government shutdown as a GOP suicide mission among other perceived shocks at the Tea Party wing of the party. Your thoughts on that?

RYAN: I don't think she read the book then because I give great credit to the Tea Party for actually helping us get our party back together, making us a true fiscal conservative party.

Look, when I introduced my budget to balance the budget and pay off the debt and reform entitlement programs, I had eight people supporting me. Then because of the Tea Party and the elections we had since then, I was able to pass it four years in a row in the House of Representatives. So I give them credit for this.

KELLY: Uh-huh. Let me ask you, so a lot of folks are wondering about 2016 and wondering which of the two of you will be potential GOP contenders. I want to ask you, Congressman Ryan, who do you think would make a better president, you or Governor Romney?

ROMNEY: He's very generous. But I had my turn. It's his turn now.

KELLY: You know, one of the things you wrote about in the book, Congressman, is that the GOP needs to do a better job of reaching out to Hispanics and African-American voters. And we're seeing what appears to be a racial divide now in the country in Ferguson, Missouri.

Let me start with you on this, Governor Romney. I only have about a minute left but I want to get you to weigh in on whether -- what you think about Ferguson and in particular whether you think there's been an excessive response by the federal government sending Eric Holder, the president commenting repeatedly, 40 FBI agents, et cetera.

ROMNEY: Well, I think that the federal government needed to communicate that this is a high priority and provide confidence to the people in the community that this was not going to be swept under the rug. So, I think it's appropriate to have that level of involvement. And I think people expect and can believe that there will be the full oversight of our justice system in this setting. And the right conclusion will occur.

RYAN: I agree. I think justice has to run its course. The facts have to be gotten. We all have to take a deep breath, not prejudge this situation and make sure that the truth comes out so that justice can be served. And people of all backgrounds, of all communities, need to know that that's going to be the case. And the confidence in that is very important.

KELLY: You guys enjoy Chicago. Enjoy the Union League Club and then you can go over to Rosebuds and have a little vodka rigatoni, awesome.

Great to see you both.

RYAN: Gino's East for me.

ROMNEY: Thanks so much, Megyn.

KELLY: He's, you know, he's from that region.