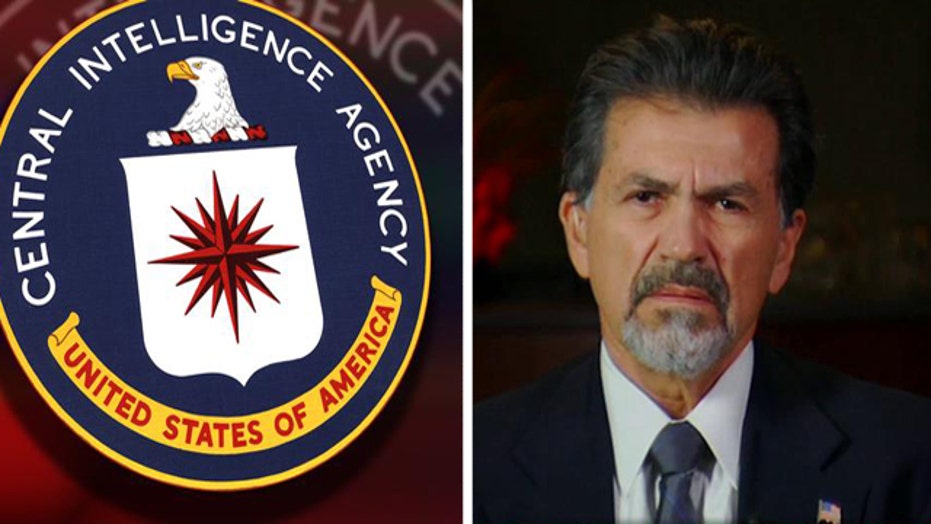 This is a rush transcript from "Hannity," December 9, 2014. This copy may not be in its final form and may be updated.

SEAN HANNITY, HOST: Meanwhile, earlier today, Senators Dianne Feinstein and John McCain took to the Senate floor to defend the declassification of this report.  Watch this.

SEN. DIANNE FEINSTEIN, D-CALIF., INTELLIGENCE COMMITTEE CHAIR: There are those who will seize upon the report and say, See what the Americans did?  And they will try to use it to justify evil actions or incite more violence. We can't prevent that. But history will judge us by our commitment to a just society governed by law and the willingness to face an ugly truth and say "Never again."

SEN. JOHN MCCAIN, R-ARIZ.: I rise in support of the release, the long-delayed release of the Senate Intelligence Committee's summarized unclassified review of the so-called enhanced interrogation techniques.

I have long believed some of these practices amounted to torture, as a reasonable person would define it, especially but not only the practice of waterboarding.

HANNITY: Joining me now exclusively here on "Hannity" is former director for the CIA's Counterterorrism Center, former head of the clandestine services of the CIA, Jose Rodriguez.

Sir, welcome back. Glad you're with us, sir. Did I just hear Dianne Feinstein acknowledge this report may cause more violence, that we can't prevent that? Well, that would tell me if they didn't release the report, it could prevent more violence, could it not?

JOSE RODRIGUEZ, FMR. HEAD OF CIA CLANDESTINE SERVICE: Yes. I mean, I think it's a very dark day for the CIA. I think the CIA's been thrown under the bus. And you know, the CIA is the country's paramount intelligence service and it has a very important mission, and the mission is to protect American interests, to protect the homeland, to safeguard American lives, and it needs to be held accountable when it screws up.

And you know, there's a lot of moving parts and a lot of risk taken when we do very complex counterterrorism covert action. In this case, I believe that, you know, we've been thrown under the bus, and the politicians are playing political football with the CIA.

HANNITY: Let's go to Dianne Feinstein back in 2002, when she said the following. This was quoted in The New York Times, where she said, you know, "It took that real attack, I think, to kind of shiver our timbers enough to let us know that the threat is profound and that we have to do some things that historically, we have not wanted to do to protect ourselves."

You were there. You knew these senators, these lawmakers. Do you remember any specific meetings? Was Dianne Feinstein told specifically what the CIA was doing in terms of enhanced interrogation?

RODRIGUEZ: There are about 40 instances where we briefed the Senate and the House Intelligence Committees over the life of the program, from 2002 to 2009. And we briefed Dianne Feinstein and Nancy Pelosi and Rockefeller and many others all the time. And we -- at the outset, at the beginning, back in 2001, I remember very clearly them telling me, you know, The problem that you guys have is that you are risk-adverse. You need to use the authorities that we have given you to go out there and destroy this organization and to kill bin Laden.

HANNITY: So -- so we know -- they claim that more people were waterboarded than the three that had been previously acknowledged. You were at the waterboarding of Khalid Sheikh Mohammed, right? Any other waterboardings that you saw?

RODRIGUEZ: We waterboarded three people during the life of the program. That's it, three persons. I don't know where they get the other numbers.

HANNITY: Would we have gotten bin Laden without the intelligence of KSM during the waterboarding released to you guys? Didn't he open the door to the courier which led us to bin Laden? Is that true, sir?

RODRIGUEZ: Actually, the initial information came from a facilitator called Hassan Ghul (ph), going back to 2002 and 2003. And he actually told us about the courier. That's when we first heard about the courier. Abu Farazh (ph) al Libi told us that he had actually been appointed and that he knew about the appointment to become the chief of operations through the courier.

And then KSM, of course, we intercepted a message that he sent to his fellow prisoners in which he says, Do not say a word about the courier. So we gained a lot of insight from our prisoners at the black sites about the importance of the courier, which eventually led to the takedown of bin Laden.

RODRIGUEZ: It was very successful, and for those of us who were there, it's just amazing that they could have come to this conclusion.  Those of us who read the intelligence coming out to the black sites every morning and who acted on that intelligence know the value, and basically, it led to the destruction of the organization.

In terms of the -- whether we exceeded the authorities that we had, this program actually has been subjected to very intense investigations by Justice Department, and in fact, from 2009 to 2012, John Durham (ph), the special investigator, conducted a thorough investigation and he basically found no prosecutable charges to be made for anyone.

HANNITY: You know, I talk a lot on this program about selective moral outrage, Jose. And let me give you an example. We have -- under President Obama and his drone program, we have the estimated death toll at 2,400. In Pakistan alone, the death toll is estimated between 450 -- I'm sorry, 400 and 950 civilians, including 168 to 200 children.

Can you explain to me how the drone program under Obama is not far more morally problematic than enhanced interrogation? And what do you make of Dianne Feinstein's silence on that issue in comparison?

RODRIGUEZ: Yes, it's very interesting because, you know, this administration actually does not take any prisoners. They prefer to kill them from afar using drones. And somehow, they feel that because they kill from a distance, somehow it's more ethical, more ethical than the difficult and messy and unpleasant task and mission of actually interrogating prisoners. I think it's a distortion of what our values are.

RODRIGUEZ: You know what our values are...

HANNITY: I'll give you a choice, get waterboarded or get killed with a drone strike. I think I'll take the waterboarding.

RODRIGUEZ: I think I'll take the waterboarding, too.

HANNITY: Yes. Listen, I -- I -- it's sad that you have to go through this, Jose, because I view you as a -- and the work that you did to save America and keep America safe as an integral part of the fact that we've not been attacked in a major way since. So thank you for all you've done.  We appreciate it.

RODRIGUEZ: Well, thank you very much. And thanks to all of the people who were actually involved in the years that it took to destroy the al Qaeda organization that attacked us on 9/11.

RODRIGUEZ: Thank you, sir. Appreciate it.