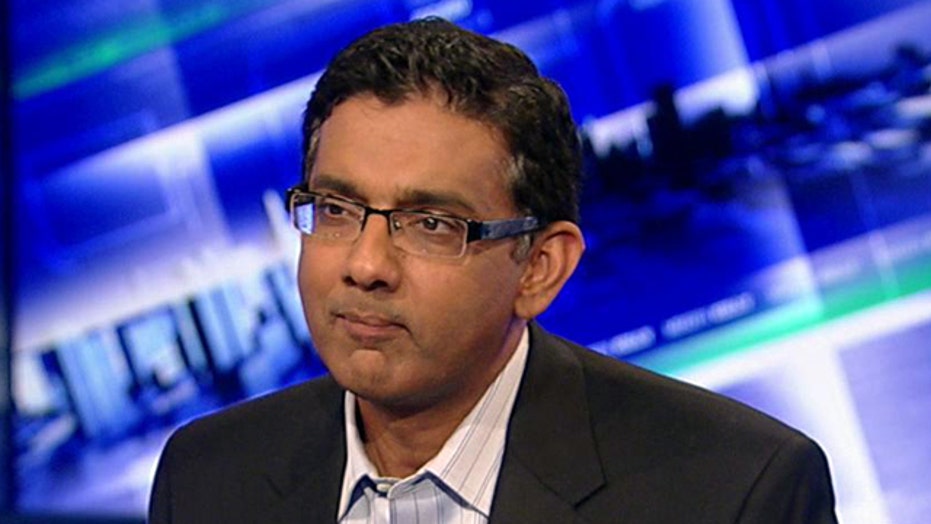 This is a rush transcript from "The Kelly File," April 28, 2014. This copy may not be in its final form and may be updated.

D'SOUZA: When you hear the name America, what are some words that come to your mind?

UNIDENTIFIED MALE: The private capital unless it's constrained in some fashion is extremely destructive.

D'SOUZA: And more destructive than even centralized federal power?

UNIDENTIFIED MALE: In a country like ours, it's much more destructive.

KELLY: That was a clip from the new trailer of the film "America." Few out in theaters on July 4th. In it film maker Dinesh D'Souza takes on what he says is the moral under pinning of the progressive movement, that the wealth of America is the product of theft. Dinesh D'Souza joins me now. Dinesh, good to see you. And you say, that has a real consequence in the policies we're now seeing from this president and from the left in general.

D'SOUZA: Yeah, I think with Obama and the progressives, you've seen a massive expansion of big government and it's all based on a moral premise. The moral premise is that wealth is theft. And I don't just mean the wealth of America, I mean, your wealth, my wealth. By and large, the argument is that both historically and in the present, people have been stealing to get what they get. Historically, the argument is we stole the country from the Indians. America stole the labor of African Americans for over 200 years under slavery. America took half of Mexico by force in the Mexican War. American foreign policy, the progressives say it's based on theft. Why? Because look, America is very active in the Middle East. Why? The Middle East has oil. Notice that America doesn't get involved in Haiti or Rwanda because they don't have any oil.

KELLY: Do you take those on as factual matters or do you just have a different spin on why these events took place?

D'SOUZA: Well, the final one and the most important one is capitalism, the free market system. President Obama says it is a kind theft, theft from society. When Obama said you didn't build that, what he was essentially arguing is society collectively creates wealth and then greedy entrepreneurs rush in and steal it. So, this is a central challenge, if you will, that we take on in this film "America." We examine these allegations and we refute them one by one.

KELLY: Well, I mean, take what happened with the American-Indians. Is that something that you challenge factually or -- I mean, do you put a different spin on it?

D'SOUZA: Well, you see right away how difficult the allegation is to answer because the premises of the progressive critique up here to be obvious, right? We certainly did take the country from the Indians. Right. So, but what's going on here, as I would call it a, sort of, morality tale. What the progressives do is, they take a few nuggets of American history, Columbus' arrival, then the founder's compromise with slavery, and what they do is they fast forward to their favorite episode, so to speak, and they create a story out of that leaving a whole bunch of facts out. So, what we do in the film is we bring to light this sort of hidden history and we say to people, wait a minute, we're -- once you put the full picture into place, you get a very different understanding of the overall.

KELLY: Can you suggest the -- that that is by design, that they do that in order to basically guilt people into thinking -- and shame them about success and wealth. And then to justify policies that tap into that wealth.

D'SOUZA: Exactly. The people who have wealth and the people who earn money are going to be a little reluctant to part with it, particularly if they earned it fair and square. So, what has to happen is that there has to be a drumming in of a critique that causes shame, a sense of look, my country and even I am in possession of stolen goods you might say and therefore, the government becomes the instrument to get some of those back.

KELLY: The film is called "America" coming out in July. Very interesting. I know it's a big -- sort of big idea, big picture discussion of some of these arguments. Dinesh, good to see you.