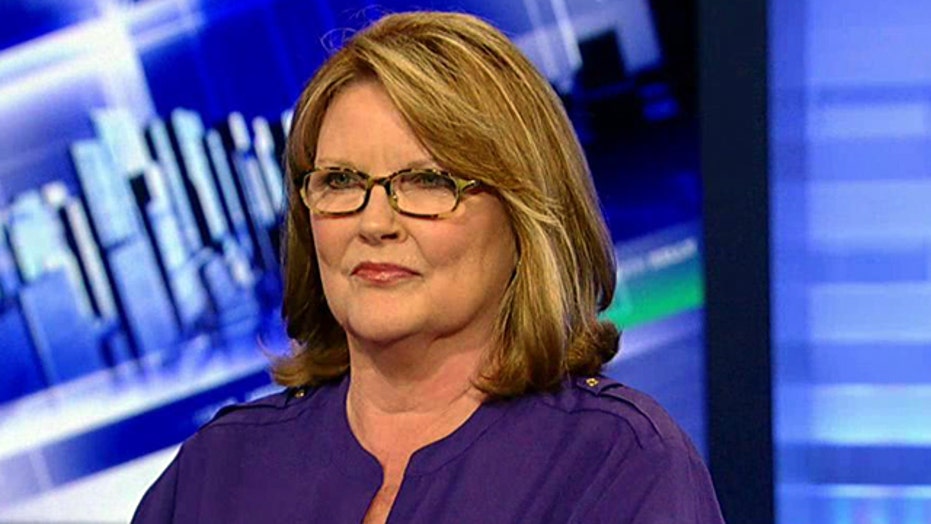 This is a rush transcript from "The Kelly File," May 22, 2014. This copy may not be in its final form and may be updated.

MEGYN KELLY, HOST: In a "Kelly File" exclusive now. New reaction to the Council on American Islamic Relations -- or CAIR -- highlighting a campaign to get a 9/11 family member dumped from her position as a member of the 9/11 museum board of directors.

Debra Burlingame is the sister of Captain Charles Burlingame who was the pilot of one of the hijacked planes that was flown into the Pentagon. She's also the co-founder of 9/11 Families for Safe and Strong America and has worked for some time now to help 9/11 family members and survivors and done a lot to counter act terrorism in this country.

And yet, the Council on American Islamic Relations, Debra appears to want you gone highlighting some kid in California's push on change.org to get you bounced from the museum board because of some controversial tweets you sent out. I'll give the audience a flavor of what they're objecting to. Here is one, "When are citizen going to rise up and demand the government acknowledge that Islam is a transnational treat, that government denial is killing us." They think you are an Islamophobe.

DEBRA BURLINGAME, SISTER OF CAPTAIN CHARLES BURLINGAME: I am hard pressed to deny it. I think that the term is not -- Islamophobe as used to silence people, frankly, I said that over and over and over, to made up term. There's no such thing as an irrational fear of Islam or Muslims when we know that virtually 80 percent of terror attacks in the world are committed by radical Muslims who are motivated by what they deem to be an imperative from their religious sacred text, the Koran or the Al-Hadi.

KELLY: We saw this exact same thing happen with Ayaan Hirsi Ali, where CAIR and some other groups pushed to get her honorary degree and her speaking opportunity revoked from Brandeis University because she had made controversial comments, not about radical Islam, but about Islam. Now, you seem to sort of speak to Islam in the first part of your answer but then narrow it to radical Islam in the second part.

BURLINGAME: You know, one thing I learned in all these years is one of the reasons it's very, very difficult to talk about this is because the people that were up against deliberately make it difficult. They try to obscure the differences between the radicals who impose violence on innocent people and people who follow sharia to -- there is a -- there is a -- sharia isn't the same in every country. There's different degrees of sharia. There is a pious (ph) sharia which goes to diet, dress, and then there is sharia which imposes harsh punishment on people for adultery, for immodest exposure of skin if you're a woman. Death penalty for a --

BURLINGAME: Yes, well, I think what the problem is, is that they made it very difficult for the conversation, to have any conversation in which we use the word Islam. For instance --

KELLY: They want you fired.

KELLY: Let me ask you this though, Debra, do you find it somehow ironic that a group like CAIR wants to take the moral high ground on this issue, somebody like a 9/11 family member who had a brother die in the 9/11 attacks?

BURLINGAME: Well, I have to say, Megyn, that, you know, my brother was killed in the cockpit of his plane by men yelling Allahu Akbar. We heard those words on the United 93 cockpit tape yelling Allahu Akbar. The men who killed my brother left documentation explaining that this was the religious imperative from the Koran to do it. We heard from Usama bin Laden afterward this. They view themselves as deeply religious, so, to try and separate them from that I think is really a form of insanity. That is the phobia that we face is to talk about Islam and the fear of telling the truth about it. I think if they think they can get away with silencing some like me, they will silence other people and their real target isn't Americans, it's Muslims. It's peaceful, non-violent Muslims that they want to instill fear in.

KELLY: I want to tell the viewers, the museum is standing behind Debra. They have no plans to dismiss her. Thank you for being here.