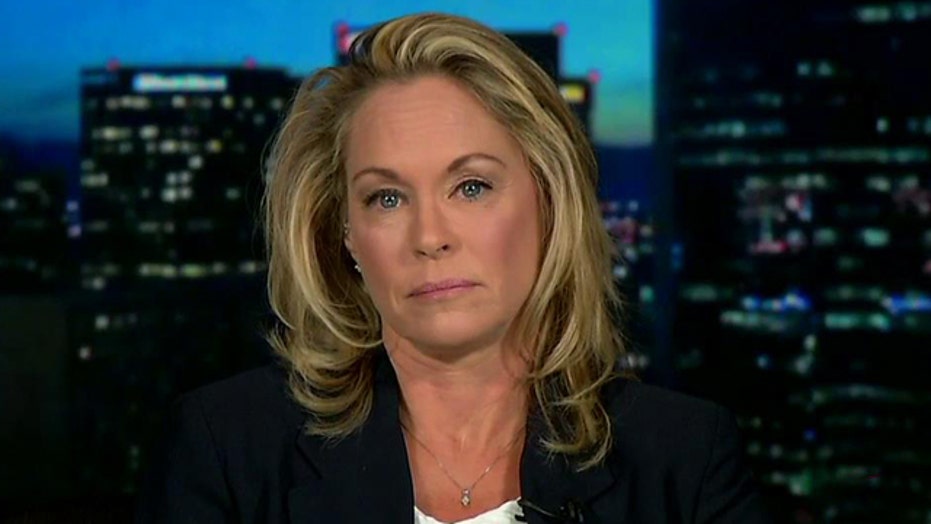 This is a rush transcript from "Hannity," November 17, 2014. This copy may not be in its final form and may be updated.

SEAN HANNITY, HOST: In the past at least a dozen women have accused Bill Cosby of sexual abuse. And my next guest, Barbara Bowman, she's one of them. She says she was raped by the comedian when she was a teenage actress in the 1980s, but only now 30 years later is anyone actually believing her.

Now, Cosby's lawyer responded to all this negative attention that his client has received in recent days, saying in part, quote, "Over the last several weeks, while decade-old discredited allegations against Mr. Cosby have resurfaced, the fact that they are being repeated does not make them true. Mr. Cosby does not intend to dignify these allegations with any comment."

We've reached out to Mr. Cosby's lawyer to ask if he would like to come on the show and respond to all this but our request was denied.

Joining us now to share her story is Barbara Bowman is with us.  Barbara, thank you for being here.

HANNITY: I like everybody else, I thought Bill Cosby's hilarious, great standup comedian, Mr. Huxtable. He was supposed to be a mentor to you. What happened?

BOWMAN: Well, Mr. Cosby was certainly all of that and more in everyone's eyes. He was America's favorite dad. Everyone wanted him to be their dad. I wanted him to be my dad. I didn't have a dad and he quickly caught onto that. And he latched onto that and wouldn't let go, knowing that that was one of my vulnerable places, one of my weak spots, so to speak. And because I was an actress and had been appointed as his young protégé to mentor and groom for show business, one of the messages that I got bright and early right from the beginning was that I needed to tap into my vulnerability, that I needed to trust him, that he was going to lead the way, that because I didn't have a father in my life he was going to take on that role, and that everything I did, everything that he said and did, was all for the betterment of me and the relationship that we had in grooming me to come to New York.

So it was very methodical, very slow, very calculated. And it was a very meticulous process of breaking down my barriers and chipping away at my spirit and getting me to have utter trust and blurring the lines right from the beginning.

HANNITY: And you told people at the time. You went to a lawyer.

HANNITY: And the lawyer said?

BOWMAN: Well, before I went to the lawyer I told my agent -- I had a friend of mine from the agency who was also transitioning into New York City, and I told her. And she said we have to tell Joe, our agent. So we did. And she did nothing. I was pretty much told I was a liar and that Bill Cosby of all people, and how could I tarnish such a delicate and fine relationship. And so I was not believed. I was terrified of her and I was terrified of him.

HANNITY: And you said -- this is what -- I am shocked. We're talking anywhere between 13 and 16 women who have almost the exact same story as you do about being drugged or having a drink and something was in that drink and you would pass out and you would wake up having been assaulted.  And all these women tell the same story. And only now are people paying attention to this. And the statute of limitations has passed.

HANNITY: How many have you spoken to, other women?

BOWMAN: None. I don't know any of those women. But I will tell you is that, number one, so much has developed in the last couple of weeks. My phone has been blowing up. I've had emails, texts, and phone calls. It's just been a tsunami of outreach from people that either have stories, claim to have information on corporate cover-ups, victims, people from my past.

And this is not just coming out for the first time. This is, you know, I've been trying to get this out and be heard since 2004. These stories are similar because it's the same crime, just perpetrated against different women. All of these women, his MO has always been the same. So the women that I know of, which is the 13 original women who I don't know any of them, 10 of them are Jane Does, they're still too frightened to come forward. The other three, myself included, have released our names.

When I found out in 2004 that we were slated to be -- to testify in a court of law against Mr. Cosby, that's when the news started to trickle out that all of our stories were either exactly the same or eerily similar.  And moreover, some of the women both on the record and off the record are also from the same agency. So there's a pattern of behavior there and some culpability going on in other places. This man did not act alone.

HANNITY: Barbara, last question, and I remember I interviewed Juanita Broderick. There seems to be in some cases if people are popular enough that nobody wants to listen. What do you make of that? I'll give you the last word on this.

BOWMAN: I think it's very unfortunate because people of Bill Cosby's stature, fame, fortune, and celebrity-ism, they have a confederacy of safety nets around them, several layers of people in the inner circle that protect his identity.

It has been brought to my attention that there may be some corporate cover-up and some very important influential people that he traveled with that made this all possible for him.

So the message quickly, if I may, is to just as I reach out to other people which is really my goal here is to save some lives of some younger generations that are coming aboard here and wanting to enter the industry, just to, you know, keep an eye out. And as I move through my advocacy with sexual crimes and the survivors, those are the messages I want to give that people of this stature do not have different rights. They do not live in a bubble and we all fall under the same laws of the United States of America.

HANNITY: I think he has to answer to this considering so many women are saying the exact same thing.

HANNITY: I appreciate you coming on. Thank you. It's sad.

BOWMAN: Thank you very much. I appreciate it, Sean. Thank you.