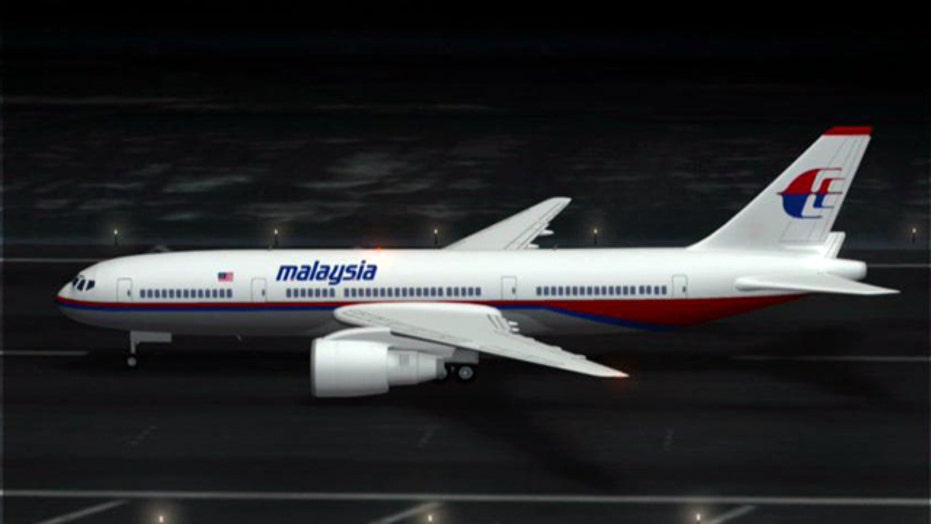 Sabotage eyed as possible cause in Flight 370 mystery

This is a rush transcript from "The Kelly File," March 14, 2014. This copy may not be in its final form and may be updated.

MEGYN KELLY, HOST: There is breaking news tonight with new clues just coming in about what may have happened inside the missing Malaysia Airlines jet. Reports now indicating the plane wildly ascended and descended deliberately and what sources say is increasingly looking now like a, quote, "criminal investigation."

Welcome to "The Kelly File," everyone. I'm Megyn Kelly. And tonight, we will bring you in depth analysis and coverage of this mysterious disappearance and the breaking news as I am joined by a whole team of aviation, naval and terrorism experts.

But first, we want to get you caught up on the latest developments some of which have just broken right as we go to air. In addition to this new report on what appears to be dramatic up and down movements by the plane, today a British based satellite company confirmed that the plane contacted its network after the plane went dark. These pings of information that were sent out could help investigators calculate the trajectory and even location of the aircraft.

We have also learned the search area has now expanded. To give you a better idea of what some experts have are now suspecting happened, take a look at this. At its last known position, the plane was at 35,000 feet. It is now thought the plane climbed to 45,000 feet, well above the safe limit prior to that. That is above the approved altitude limit. The plane is believed to have made a sharp turn west and then descended to below normal cruising levels. From there, the plane then climbed higher again, and then drastically change course doing a u-turn, heading away from its intended destination.

While on board, three separate tracking systems went dark, perhaps they believe because someone turned them off. They did not all go dark at the same time. From there, the plane appears to have gone north, but they're not sure, they could have gone south as well. These are the areas the authorities are now focusing on.

Joining me now, Michael Schmidt, he's a reporter with The New York Times. He broke a lot of these details late today. Michael, thank you for being here.

And so, the most significant piece of news that you broke this afternoon appears to be the ascension to 45,000 feet, and then the descension shortly thereafter. Walk us through exactly what we think now happened.

MICHAEL SCHMIDT, THE NEW YORK TIMES: Well, as soon as it went off civilian radar it was picked up by Malaysian military radar, and that show that it went up, as you said up to 45,000 feet. A height that where the air is very thin, the oxygen masks likely would have come down, and at some point that oxygen would have run out, and all the passengers could have died.

So, you have it go up to 45,000 feet, then you have it dropped down to nearly 20,000 feet below where it should have been flying. And then it goes back up again.

So as much as we wish this brought some clarity to the situation, it just raises questions of who was controlling the plane at that point?

SCHMIDT: Before, but the confusing thing about it, it is moving back and forth, it's going west, it's going northwest and whatever. And at the end of the day what you have is a plane that was going erratically in different directions, and was going up and down in ways the plane is obviously not supposed to. And it's raises the questions I was saying before about, who is controlling the plane at that point? Was it someone that didn't know how to fly a plane? Was it a pilot that had something happen to him that was causing him to do this? Or was it a mechanical thing, was the plane on auto pilots? So, these are all these things that we still don't know. There is so much here that we don't understand. So, it is kind of frustrating.

SCHMIDT: Correct. Correct. That is true. So, that raises the question of why did these things go off? And then why did the plane go on for several more hours to fly? If the plane had blown up these things would have gone off at the same time. And obviously the plane would have continued for five hours as it did. So, I don't know, it is very frustrating.

KELLY: It certainly is. Michael, thank you so much.