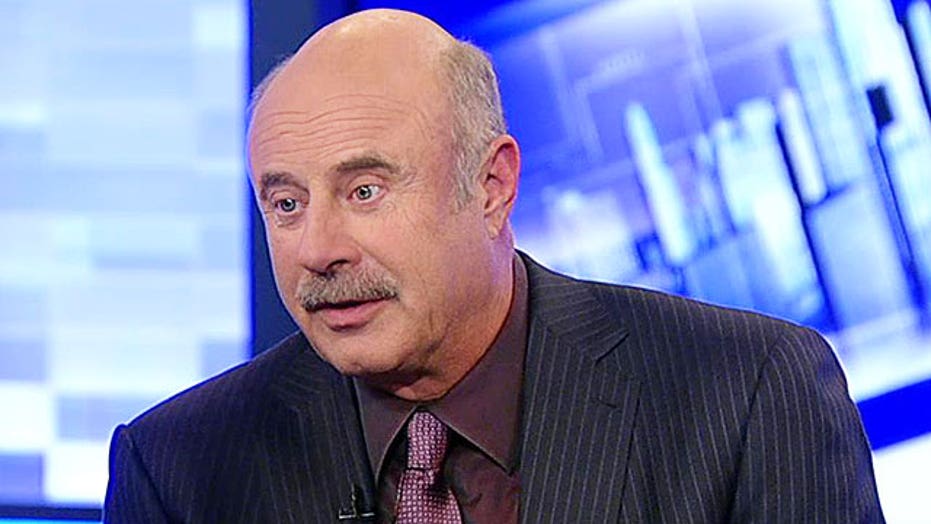 Dr. Phil on why America has become too sensitive

This is a rush transcript from "The Kelly File," May 8, 2015. This copy may not be in its final form and may be updated.

MEGYN KELLY, HOST: Well, the ACLU is now weighing in on the teenagers arrested in the Baltimore riot saying they should not face discipline at school despite being charged with burglary, robbery, or assaulting a cop. The city head of school said, they will face discipline for any acts of violence per school policy but the public defender says, it was all just quote, "childish behavior."

And hence continues a trend we have seen pushing to minimize punishments for bad behavior while trying to protect young folks, in particular, from anything they might find upsetting like, for example, a speaker on campus who doesn't happen to see the world as they do.

I had the chance to speak with Dr. Phil McGraw about this and much more recently. He is an inspiration in my own life and also happens to be the host and executive producer of TV's number one daytime talk show "Dr. Phil." He's also the author of new book "The 20/20 diet" which has been on the New York Times bestseller list for the last 14 weeks.

KELLY: Great to have you here.

DR. PHIL MCGRAW: I'm glad to be here. Glad to meet you.

KELLY: My pleasure. So, I know that you talk a lot and have been for years about empowerment. And I wanted to ask you about that concept of infantilizing the next generation by suggesting to them they cannot hear things that upset them. Something we're hearing more and more about.

Look, the whole idea is, I grew up thinking -- I was raised -- born and raised a Southern Baptist in the Bible Belt of the country. And I would read books about Satan, and I would read books about all this stuff. And the clergy would be, "Oh, my God, what are you doing?" And I said, "Look, I want to know the enemy." Are you kidding me? I want to know -- they said, "Oh, no, this will poison your brain." I'm like, "Are you kidding me?"

Well, I can't believe you don't -- why have you not read this? How can you be talking about something you don't know about?

MCGRAW: And I've never understood that. And it makes absolutely no sense to me.

KELLY: You tell me as I look at the college landscape, in particular, and it concerns me. We saw during Ferguson which obviously was a controversial situation, but what we saw in New York and a couple other law schools, right, was law school students said, "I don't want to go to class." I can't take any exams because I -- somebody who has nothing to do with what's happening in Ferguson, but I'm watching it and I'm concerned about it.

"I cannot function in this world. I cannot take's my test. I cannot meet my obligations because I am suffering from upset over what I perceive as an injustice." These are law students who can't function in the face of a perceived injustice.

KELLY: Wow. I mean, I-- I've said in the air before the one thing that comforts me about this is I have three young kids and feel like, "OK, at least my kids will be going up against these kids and will have a competitive advantage." But then I think, "Oh, wait, the nation is in trouble. We're teaching an entire generation of kids that they're not -- they don't have empowerment. They can't overcome upset. They can't deal and move on."

MCGRAW: And I have two attitudes about that. Number one, I am not one of those people who needs to be loved by strangers, and number two, you've got a remote control.

KELLY: How can that be given your -- the profession that you've ultimately chosen for yourself? You need no affirmation?

KELLY: Most of them do.

MCGRAW: Well, but no, listen, there are -- there are people out there that the haters are going to hate and the lovers are going to love and I'm just not one of those people if they say, "Well, I think you handled this wrong." You know, maybe you're right. Maybe you're right, but I do it the way I believe in my heart and I made that decision before I listened to what you had to say. And you've got to just do what you feel is right in the moment.

KELLY: What's your attitude on taking in negative influence? For example, I said to many people that I perceive certain online sites and like the comments on sort of the mean blogs whatever, like taking in bus exhaust. If that's just bad for you and you shouldn't do it, but do you think?

In particular, social media, Twitter, Facebook, those things can, you know, push you one way or the other.

MCGRAW: No, I -- well, the only time I read it if I go on like Jimmy Kimmel and they want me to read mean tweets -- mean tweets.

KELLY: That's not the bus exhaust. That's a good laugh.

MCGRAW: No. I know. Somebody -- I read one the other day, somebody said every time they hear that my voice, they want to open their veins with a grapefruit spoon. Come on. That's funny. I don't care what you are.