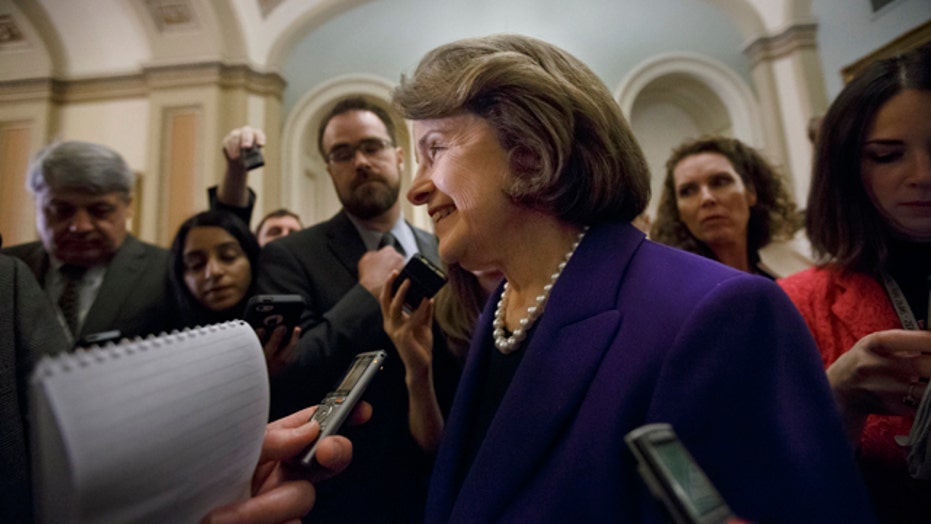 Don Arias: The CIA report was not necessary

This is a rush transcript from "The Kelly File," December 12, 2014. This copy may not be in its final form and may be updated.

JOHN BRENNAN, CIA DIRECTOR: In the immediate aft9/11 our nation ached, it cried, and it prayed. And in our pain, we pledged to come together as one and to do what we could to prevent Osama Bin Laden and his killing machine from ever carrying out another attack against our beautiful country. Never again, we vowed, never again.

MEGYN KELLY, HOST: That was CIA director John Brennan, Thursday, saying the U.S. would do anything in its power to prevent another 9/11 from happening again here in America.

The promise coming days after a controversial CIA report was released detailing the enhanced interrogation tactics the U.S. used to get information from terror suspects.

My next guest says it should have never been released. Joining me now, Don Arias, his younger brother Adam was killed in the World Trade Center attacks. Thank you very much for being here, Don. Our condolences in the loss of your brother Adam who was on the 84th floor of Tower 2 on 9/11/2001.

Your reaction first to the report being released now at a time when the Homeland Security Department and the Pentagon and others have said it will potentially endanger the lives of American service personnel.

DON ARIAS, BROTHER KILLED IN 9/11 TERROR ATTACKS: It's unfathomable for me. I just don't understand it, Megyn. There are 2,976 Americans that are dead, yet we obsessed over the treatment of their killers. You know, the spirit of national masochism that we're going through with this administration and with this government and now with Dianne Feinstein, it's beyond the pale. The hypocrisy --

KELLY: What do you make some of our comments tonight, Alan Combs and Kirsten Powers, saying we don't sacrifice our values in defense of our country? That you don't make that trade-off?

ARIAS: You have to put things in the context of the times. And those are the very same people who say they would not sacrifice their values will probably be the very first people to go looking for a CIA agent or a soldier or someone in the military to protect them. You know -- we didn't know. We didn't know where the next attack would come from. We had to do you know things that were very desperate at the time because they were desperate times.

KELLY: One of the CIA operatives spoke to our own Catherine Herridge and said you don't understand the frame of mind we were in -- we, folks who had been given legal authorization from the DOJ -- he said we were watching these guys behead American citizens. He said we would watch video every day of the 9/11 attacks and see these poor people being forced to choose between getting burned alive and jumping to their death. That's what we had in our head. That's what we were worried about and were trying to prevent.

ARIAS: You know, it's very easy now years later to say oh, we did so many things wrong in America, it's so terrible. But given the choice of you know saving an American life or not, you would have to do what you can. I have to tell you, this morally superior intellectual elite that dictates to us what our values should be at a moment of national survival is just hypocritical.

KELLY: I know that you went down to Gitmo and actually observed some of the trials. Do you feel like this is too much of an effort to bend over backwards to protect terrorists? These are terrorists who we have at Gitmo playing soccer. Some of these tactics were very brutal, but do you feel like the pendulum has swung too far to the other side?

ARIAS: It's way too far. Could you imagine this happening at Nuremberg, for instance. You know, this committed leftists that quite honestly want to bring Khalid Sheikh Mohammed et al to federal court only so they could have a torture trial. That was thwarted by the American people and Congress and 9/11 family members. So, being denied their torture trial in Manhattan, now they release this report. This is the next best thing to putting America on trial in defense of KSM.

KELLY: When you hear the president come out this week and say, you know, we're America and when we do something that's wrong, we admit it and we take accountability for it. Your thoughts on that.

ARIAS: I think we should take accountability for it, in private. I mean, they had an IG investigation. These are covert operations. You're putting American lives at risk. And it won't be the Obama kids who are going to be at risk and certainly won't be Joe Biden's kid that'll be at risk, it will be my kid or the guy who drove me here today, it will be his kid whose life will be at risk while serving overseas in uniform or just traveling.

KELLY: Don, all the best to you and your family. Thanks for coming on.

ARIAS: Thank you so much, Megyn. I appreciate it.