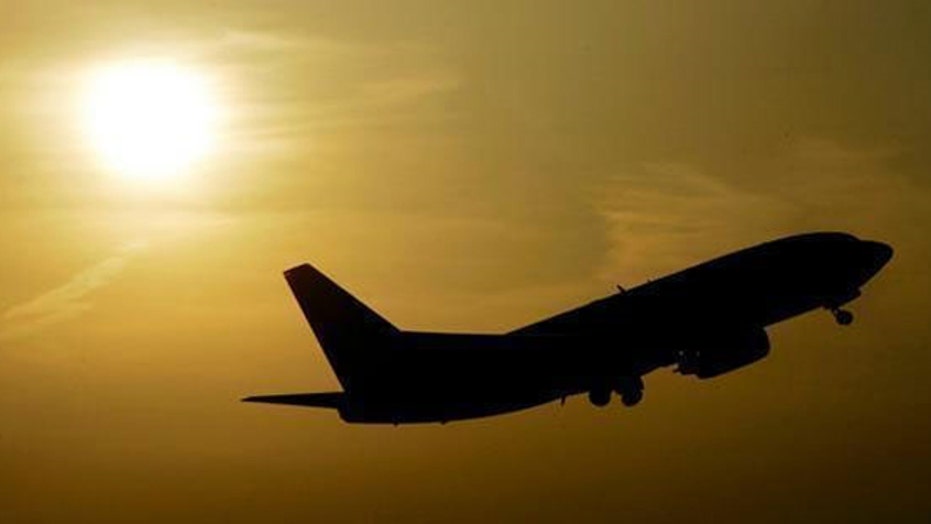 Are some carriers ripping off passengers?

Ashley Pratte: No the government is absolutely wrong to investigate; this is a witch hunt going after airlines. The point that I would like to make is that during a $300 round-trip ticket, 21 percent is going to federal government taxes and fees imposed on the consumer. So they should turn this witch hunt around right back on them, because would they rather have an industry with half empty seats, half empty planes that loses millions of dollars, or would they rather an industry that instead has full planes that is turning a profit that is then able to reinvest in the economy that provides good middle class jobs? Because that's what the airlines are doing right now. And the only reason that these are so high is because of the federal government taxes that are imposed upon the airlines here and they have to absorb the cost somehow.

John Layfield: No I don't understand why they're doing this. It's hard to fathom how wrong the government is here. Sen. Blumenthal, who also lied about his military record, has come out and said that airfares are sky high. He's completely wrong on that. If you go back to 2000, and then to 2014, airfares are down 13 percent adjusted to inflation. Meanwhile oil prices went from $29 a barrel to $99 a barrel in 2014. Airfares are down a further 4 percent this year. If they are colluding to have extra capacity and to have airfares go down, then it is the worst collusion in history. Look, I own airline stocks, I wish they were colluding and raising prices and taking away capacity. They are running a terrible airline and this is a witch hunt.

Chuck Rocha: I'm glad they're getting in there for the working class getting shoved in there every day and shoved into this little sardine box, asked to pay for you chips, pay for your coke. They made $3.5 billion in the first quarter this year, cry me a river. And then they all get together sand say ' well let's keep this so competitive and keep prices going up as oil has been going down and people are flying more." It's a shame they would do this to the American Flying public.

Gary B. Smith: Exactly. Chuck, always the working guy has a Southern accent. There was never a working guy north of the Mason-Dixon. But Chuck should be railing against Starbucks too, because the working guy can't go in there and buy a cup o' joe for a quarter anymore. Chuck advocates, or implies, that the government should step in to protect the working guy. In 1974, when the airlines were heavily regulated, it was illegal to fly from NY to LA for less than $1440, inflation adjusted. I looked up at Kayak, before the show. Now you can fly to Los Angeles for $240. So if Chuck wants the working class to benefit, you have to look at history and ask if they really benefited when government was involved.

Jonas Max Ferris: Taxes or no taxes do not disprove collusion. Let's not forget that collusion is illegal. We might not like it but that's the way it is. You can go to Google Flight search and prove that collusion exists in five minutes. Right now to fly from LaGuardia to Charlotte, it costs $931 for next Friday. That is a 280 mile flight. Delta and American have the exact same price to the dollar. You could fly Delta from JFK to Milan next Friday for $1163. That's 15 times the mile for 25 percent more money. Does that make sense? You don't' think that's a soft collusion? "it's only 2 of us on this route pal, I won't lower my prices if you don't, wink, wink." That's what's going on.

Gary B. Smith: You know Dagen, I just scratch my head at the lack of knowledge of how business is run and basic economics. Will someone from the press ask President Obama where this money is coming from? I guess he's assuming business will take less profits and stuff like that. And maybe that's true. But if they keep everyone that they hire and take less profits, that's called retained earnings and then they have less money to put into business expansion. What do you do during business expansion? You hire more people. And if you can't expand you can't hire more people. But what most business owners will do is say they got to cut back, I can't afford these people. I've paid them too much. That's what is going to happen, that is basic business common sense and something is administration is clueless about.

John Layfield: And that's exactly what businesses are going to do. What Gary B. is talking about, and you're talking about Dagen, is that they are going to have to hire part time workers so they don't have to pay managers overtime. This takes away flexibility in places like restaurants, where you have rush periods and you tell a manager to stay over for an extra hour. That's going to kill that because now you're going to have to hire someone part time to deal with that. What bothers me with this administration is that middle class jobs have been lost. They have been lost since before President Obama going back to 200 when manufacturing really left the country in waves, but they continued unabated under President Obama. The Middle class is absolutely being destroyed. He doesn't have a plan because congress can't' get along with him or themselves to do anything to create jobs. So all he is going to say is "all those people who have jobs, I'm just going to mandate it so you get paid more." That's not a way to help the economy.

Jonas Max Ferris: You're not going to fix income inequality or outsourcing tinkering with the wage laws. It's not going to fix anything; I don't think you can fix it. That said, sort of like what Japan does, when you mandate a high overtime pay, let's pretend it was a $1,000/hour for anyone working over 40 hours a week across all salary ranges. Obviously you're not going to get an hour of work after 40 hours, so that extra overtime pay is going to hire someone to do what you would have done. It is a less flexible workforce, which is the problem in Europe and Japan, but it's a low unemployment rate. They have 3 percent unemployment rate in Japan most of the time. If you want to drive the unemployment rate unofficially lower, then make overtime too expensive. If you want a dynamic workforce, then don't do it.

Ashley Pratte: This is a political play at best; I mean we're going to help the middle class. This does nothing but hurt the very people they claim they are trying to help. People lose jobs in the long run, we're going to see businesses that are going to cut back their hours and cut back their staff because they can't afford to comply with this. They can't absorb the cost and I wish the President would understand that and realize that he is going to cost millions of Americans jobs in the long run of this economy because small business won't be opening. There are not going to be people willing to take risks because of the red tape and bureaucracy that follows it.

Chuck Rocha: Here's a shocker for you, it's going to be a boost to the economy. When you give a poor folk more money, guess what they do? They spend more money. And guess what if you pay people overtime… You spend money now! So let them spend in the economy. That's what Ford said when he wanted to pay people enough to be able to buy their own car. If you can't pay the overtime, they will hire more people. That's why we have created 7.2 million jobs in this economy.

John Layfield: Absolutely, look at what's happening with Puerto Rico, look what's happening with Chicago and Illinois, we don't have a politician with a backbone in D.C. Under President Bush the debt has almost doubled, under President Obama, it's going to happen again. This is bipartisan, these guys are reckless, no one is going to stand up unless we get someone new.

Ashley Pratte: Yes and this scares me and my generation as well. Greece has one of the highest youth unemployment rates, and so does the U.S. If we don't get our fiscal house in order and cut our spending in government programs, which only seems to be increasing ,I fear we're headed off the cliff as well.

Chuck Rocha: I think there's plenty to go around, I agree with John. The politicians here in Washington D.C. don't want to take this on, they want to make sure their districts are taken care of and the money is flowing. I think there's enough room to go around, enough blame to go around and there needs to be a give and take on both sides.

Jonas Max Ferris: I agree with no one. The only time Americans line up at the ATMs is when the bank makes stupid investments with their money, that's how it goes down in America. As far as the debt, this government saved $200 million for every $100 billion in debt on Monday since everyone started lining up for those ATM's because it makes our debt look good compared to these losers. That makes our borrowing cost lower which actually lowers our debt. It's a good thing for us that Greece is so bad.