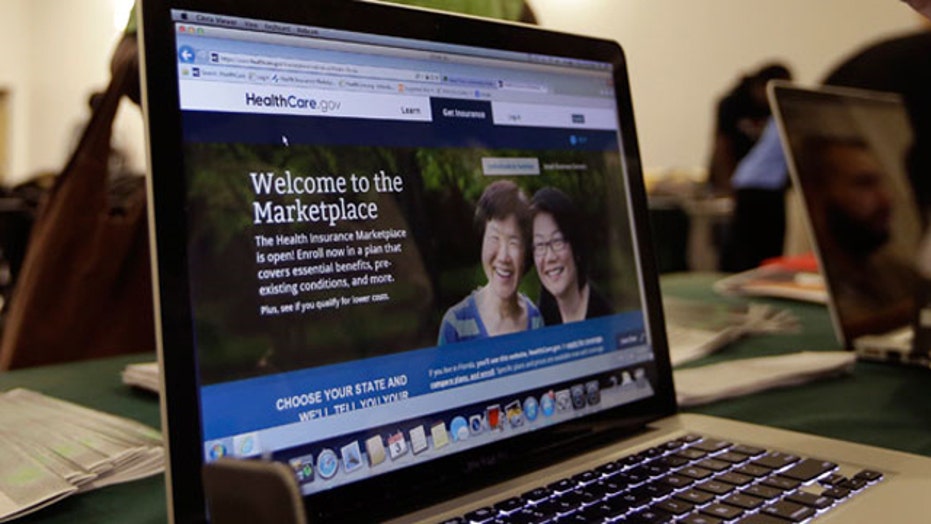 Health care system for the haves and have-nots?

DOCTOR WARNS OF THE COMING TWO-TIER HEALTH SYSTEM UNDER OBAMACARE

Rich Karlgaard: The article you cited is in the New York Times, a friend of the Obama administration. I can only imagine what enemies might say. Look, the fundamental flaw of ObamaCare is on the supply side, and that is that a heck of a lot of doctors are either going to take early retirement, or are going to opt out and start a concierge service for the rich, and everybody else is going to be in this government system with waits that are going to be unbelievable, reminiscent of the UK's health system where you can wait months and months and months for very critical things like hip replacement.

Rick Unger: This is kind of all over the place. The UK system is not what anybody, including the article in the New York Times, is suggesting. What the New York Times is suggesting is that we'll see a shift away from healthcare being provided by employers, onto the exchanges. And when you say "government-run exchanges" you've got to be careful. It may be government-run exchanges, but it's private healthcare companies that are on those exchanges. So let's keep this somewhat straight. I actually think it's very possible you may see that shift take place. As for two-tiered healthcare guess what? We've had that for a very, very long time.

Sabrina Schaeffer: Remember when Leona Hemsley said taxes are for the little people? I think we're going to see the same thing with ObamaCare. Sloan-Kettering is an elite institution for people with cancer, and this is something that's not going to be available for every day Americans. The fact is that this is just showing the flaws of this system. Only when people own and control their healthcare dollars, can determine their own risk factors, can we have a healthcare system that will really work.

Elizabeth MacDonald: He said that also in an editorial. He wrote an editorial saying that. What he's saying here is "listen. Let's play it straight about what this body does." It'll send rates to levels where doctors will say "you know what, it just isn't affordable for us to treat these patients. Yeah we've had a two-tier system, a concierge system where people can pay cash. We've had it in Canada for a long time. We have a concierge system in Congress where you can get your own "members only" services hotline into Aetna to get your services immediately, so that's a two-tier system. We see it across the board. We see doctors saying "we have to shut down. We're not going to be in this healthcare exchange program any longer, it just is not working for us. it doesn't keep out cost-benefit model in place."

Steve Tamny: We've always had a two-tiered healthcare system, just as we've had multiple tiers for cars, housing, restaurants you name it. But the beauty of the capitalist profit motive is that what the rich enjoy merely signals what we'll all enjoy if capitalism prevails. The problem with ObamaCare isn't so much that it's forced a two-tiered healthcare system on it-it's that it's bereft of capitalism, and because there's no profit involved, we at the bottom will not get to enjoy future healthcare advances.

LERNER'S ATTORNEY: HOLDING HER IN CONTEMPT WOULD BE "UNFAIR" AND "UN-AMERICAN"

Elizabeth MacDonald: Let's go back to what Lois Lerner actually said in her apology before Congress in May of last year. She said we should apologize for targeting groups with "Tea Party" or "Patriot"-groups that are talking about the massive growth of government spending. It was wrong, it was absolutely incorrect. We asked two questions about donor names to these groups. The problem is there is too much money in the nonprofit system, in terms of political activity. But that's the reality we're living with now-an IRS that was choosing to target-possibly for audits-these groups for further scrutiny.

Bill Baldwin: Now here's a question, how did they end up redefining navigable waterways to include puddles? The usually stretching of definitions. There was once a famous case where the California fish and games commission defined the butterfly as a fish so they could issue a regulation. So how does the EPA crush homeowners? In lots of ways. First, they came after your shower and faucet...then your washing machine came under their control...and now it's your side yard, you fill in a low spot and throw some grass seed on it and you've violated the scenic water's act-or something like that.

Rick Unger: Anybody that thinks that's right is just wrong. There's no way that you should be targeting anybody if you're the IRS. But I do with at some point we turn our attention towards rooting out those 501C4s that are breaking the rules, who are spending too much money in politics when they're not supposed to. Not targeting them by their political belief, but targeting them all for acting improperly.

Sabrina Schaeffer: The only thing that's un-American here is that we have a progressive government that has become so unwieldy that it is targeting its own citizens for free speech. The only thing that is unfair in this story is that we haven't gotten any answers. We don't know who is to blame in this situation, and there haven't been any criminal charges placed. I think that's the real story here.

Bill Baldwin: Maybe it is un-American, but I think these Tea Party groups have been doing an awful lot of squawking about a problem that they could've waltzed right around. Instead of applying for and waiting for a nonprofit status, they should have organized as "for profit" corporations.

Mike Ozanian: I think the big thing here is that President Obama has been deceitful on so many fronts, whether it be Benghazi or ObamaCare, that there may be no other option than contempt. I think we see how deceitful it is here because the Democrats are already trying to push through legislation looking to see what type of information the Tea Party uses on its forms to them make that illegal going forward.

Rich Karlgaard: Selective enforcement of the law makes a mockery of the law. If urban police target African Americans disproportionately, liberals will scream, and you know liberals are right to do that because it's un-American. This is just flatly un-American to selectively only go against conservative 501C3s.

HIKING THE MINIMUM WAGE WOULD HURT THE POOR, NOT HELP THE POOR

Steve Tamny: Of course it would, because it would be a barrier of entry into the workforce for poor people. More broadly, we should like income inequality; that's what happens in a capitalist society. If Steve Jobs, Jeff Bezos and Fred Smith had been lay-abouts, we would certainly have reduced income inequality, but we'd live reduced lives, also. Why is it a bad thing when people do well?

Rick Unger: At this point it doesn't really matter what I think, because the Senate did what the Senate did. All we can hope for now-we have to be realistic, we have to take into account the job losses the CBO said could happen, we need to look for a compromise where you greatly reduce the number of job losses, but you still find a way so that people who work a 40 hour week are not living below the poverty line. I'm open to suggestions, I think the President is, too.

Carrie Sheffield: I don't know why they overwhelmingly vote for Obama when he has clearly shown that he doesn't take their interests to heart. John mentioned a barrier to entry. The people who would face the greatest barrier to entry if it were hiked like this is African Americans and Hispanic workers, and young workers. The very people who need this work experience are going to be shut out.

Mike Ozanian: What this is about is a financial kickback from President Obama to the unions who support his campaign financially. Many union contracts have automatic restarts in them that workers get increases as soon as the minimum wage is increased. That's what this is really about. If the President hadn't given us the worst economic recovery since the 30s, we wouldn't have this huge need of raising the minimum wage in the first place, because a rising economy would be having a 4 percent growth instead of a 2 percent, so people naturally would be hurting more.

Bill Baldwin: I think the President is quite right to be concerned about the plight of the poor people in this country. The question is whether this is going to help or hurt to raise that minimum wage. What it does, as John Tamny pointed out, is it takes away the bottom rungs on that career ladder. It makes it less likely that poor people are going to work their way out of poverty. I think it's in the category of well-intentioned legislation that backfires on its recipients.

STOCKS TO GET YOU ON THE FORBES RICH LIST