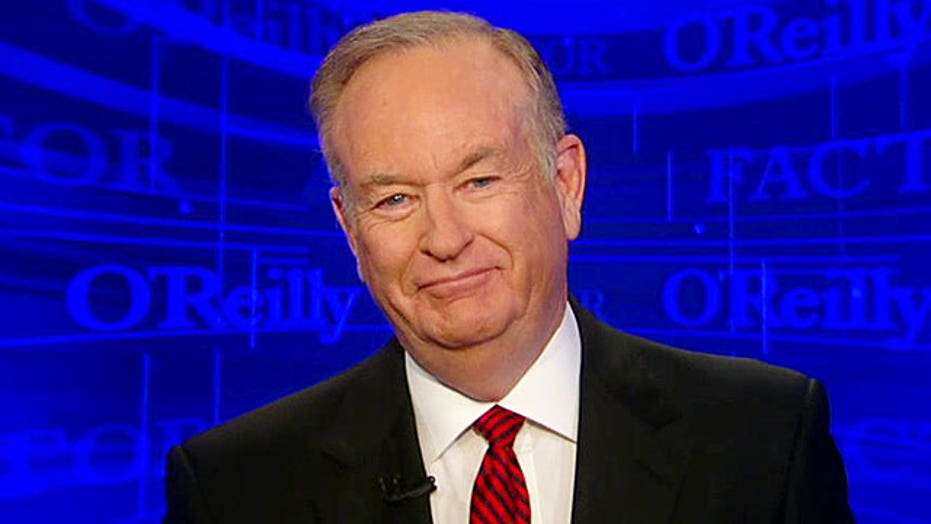 Did you know that? : Bill O’Reilly

O'REILLY: "Did you know that?" segment tonight, I hope you'll pardon this upcoming exercise. As you may know, we feature FOX News correspondents and contributors telling you about their backgrounds. Well, tonight it's my turn.

ARTHEL NEVILLE, CO-HOST, "AMERICA'S NEWS HEADQUARTERS": I want to go back to third grade. If you can remember that far back? Something you're doing caused the sister Lorena and sister Mary to say William, you are a bold fresh piece of humanity.

O'REILLY: That's he where it all started. I was a little thug, all right? In St. Bridget School. And me and a couple of others, we just wanted to have a few laughs, so I would kind of bored with it, you know, third grade, so I would just do annoying things and then a nun would come down and call us names and give us a little slap with the eraser, whatever it is. I know this is interesting with the folks. Number one, when I was ten, my father says you got to work so I cut lawns and I shoveled snow in the winter.

O'REILLY: Okay, all right. Then I graduated to Carville, the ice cream stand when I was 16-years-old. And then I got my life guard certification, safety instructor.

NEVILLE: And you more than doubled your salary.

O'REILLY: Yes. And I made some pretty good money out of Long Island teaching people to swim and I saved a couple of people. But it wasn't enough. I said, now I got to go to college and now I got to have some money, so we started a painting business. And we actually painting houses, we undercut the union painters which wasn't really smart.

O'REILLY: But they weren't going to kill us. So, we could run fast. But we painted these houses, and I had crew of four or five, we made humongous money at shoe boxes full of cash. And that put me through spending money and other things through college.

NEVILLE: I want to talk to you about your journalism studies at Boston University.

O'REILLY: My mother went there. She has a physical therapy degree from there and I went there to go to journalism school, get a degree in broadcast journalism and it was the greatest because all the Watergate stuff and the busing was huge in Boston. So I got to cover stories on a freelance basis while I was in school and I would get a little money for writing stories and then hand in those stories as papers to the pin head BU professors, so it worked perfectly and had a great time.

NEVILLE: In the spring of 1969, right? Your friends were accepted to the third year abroad program. Now, you were not accepted at first.

O'REILLY: Well, my third year in college, at Marist College, I was playing football and, you know, I kind of thought I might want to stay and not go. But then one of the guys at Marist said, you know, you're really not smart enough to go abroad anyway.

O'REILLY: So of course I went. And once I got to London and learned that there was something different than Levy Town and Poughkeepsie in New York, and your whole world expands. We had adventures. Europe on five dollars a day. You know? We stayed in Youth Hostels. But I learned more in that year than the other preceding 20 years combined.

NEVILLE: You write in your book "Bold Fresh Piece Humanity" but your core belief you say is that life is a constant struggle between good and evil. This eventually led to you create The Factor. Tell us more about why you created The Factor.

O'REILLY: I was up at Harvard at the Kennedy's school -- so I created The Factor up there.

Hi, I'm Bill O'Reilly. Thank you for watching on our very first day.

A show that would going to be opinion based on fact. But really feisty and really obnoxious.

UNIDENTIFIED MAN: That's one problem, the second problem is --

I knew that in prime time up against the dancing and the singing and the wrestling that you'd have to have something very provocative, so I put it together and it worked.

UNIDENTIFIED MAN: You wouldn't send your children to this war, Bill.

O'REILLY: My name isn't listed in the army, you don't know what the hell you're talking about.

O'REILLY: Yes. I mean, I'm a patriot, and don't denigrate the service or I'll boot you right off the set.

But I think that the folks depend on us. I write The Factor as you know.

O'REILLY: We delivered it every night. It's a challenge to stay number one and so I like the challenge.

NEVILLE: Now, there is the books, the films, other pending productions. Was this part of a strategy?

O'REILLY: I think God has a plan for me and I just let it unfold as it happens. And I think that's the advice I give everybody else. Do your best, get into something you like and then things start to unfold.

NEVILLE: Final question, Bill. What would you like written on your tombstone?