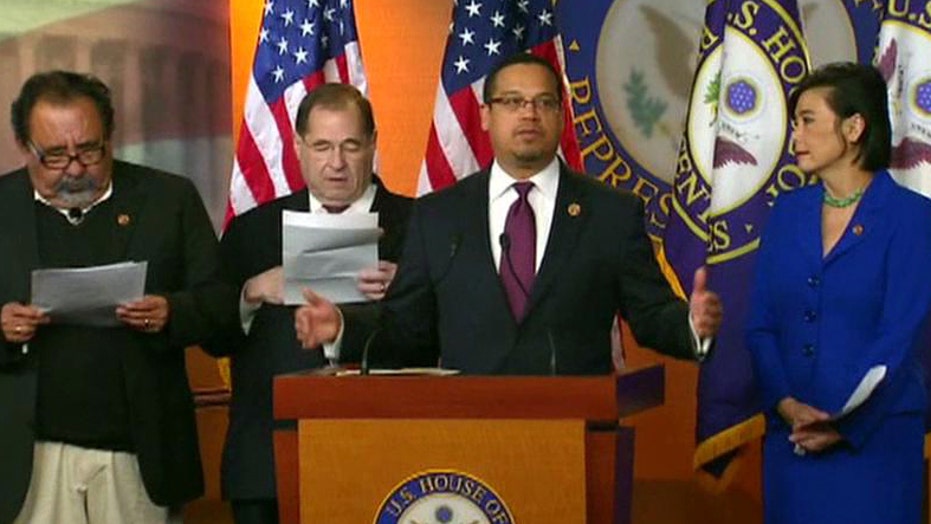 Best way to pay down debt?

GARY KALTBAUM: Yummy, more taxes, of course not. Look, you take money out of the economy and you hand it to them in Washington D.C. that's inefficient, ineffective and every program they've ever run is bankrupt and it's the worst possible thing to do and amazing to watch how they said they'd only raise taxes on the so-called privileged few, but everybody got a payroll tax hike and unfortunately, we're hearing from Reid, Pelosi and my president, there is a lot more to come, it's a bad time. Unemployment still at 7.9 percent And we have yet to feel the effects of things to come.

DAGEN MCDOWELL: We got that CBO report this past week, $7 trillion in additional deficit and you factor in what that $600 billion in tax hikes that the democrats did already push through and how does that balance things? But the point about Baltimore is interesting because that's where this nation could possibly be headed. You continue to raise taxes and you don't cut spending and you wind up on the brink of bankruptcy, that's exactly where that city is.

CHARLIE GASPARINO: I know, and why I can't help interrupting Ben on this one issue. All you have to do is look, look at the places that impose these punitive taxes Baltimore, New York, California, look at their economies, and it's not working. That's a lie that New York has a structural budget deficit? I know for a fact. With all due respect, businesses are leaving those states. Are you saying they're flocking to California to Baltimore? Businesses are moving out of California because the weather is lousy.

ADAM LASHINSKY: I'll handle it, he made a great point in your opinion, Charles, you call it punitive. The technical expression is progressive. And I'm not making a value judgment. There's a difference between a progressive tax rate and an even tax rate, so a progressive tax rate, which we've had in the United States for decades, says that when -- that you tax people who are benefitting in a disproportionate way. You don't have to like it, but that's the approach. I do want to talk about Baltimore for a second. We--it is not valid to compare a city with the United States government.

Baltimore is a declining city. The population is down by hundreds of thousands of people. There are many reasons. The United States is not in that position; we are a vibrant growing country.

CHARLIE GASPARINO: And as someone who covers the financial crisis I have no sympathy for Standard & Poor's, these were some of the lucrative deals and complex housing bonds and vying for the bonds and they were involved in the deals and they did stupid things. With that said, I will tell you that every single ratings you see the same exact thing and basically it inflated those ratings. They could be put on the deal and if they go after Standard & Poors, they have to go after the hours. This is payback time.

DAGEN MCDOWELL: I don't buy it. They're going to start with one, start with S&P and the case go goes -- the Justice Department is probing Moody's among other regulators and looking into -- they're going to see what they can extract from S&P and if they can win in court.

GARY KALTBAUM: Well, look, I hope not. I hope it's not just scare tactics and frankly, I couldn't be happier. I was yelling and screaming in '08, this was fought in plain sight and the conflict of interest of rating something that you -- which the people pay you to rate is a joke. It's like if you were a father of a daughter in the Miss America pageant. You are the judge so I'm glad somebody is getting in trouble and I think that Moody's will probably be next and hopefully won't have to worry about this.

ADAM LASHINSKY: Well, with respect to the premise of the segment, I think it's silly to accuse the justice department of doing the treasury department's bidding. It just doesn't work that way. There's a longstanding tradition of going after number one, the market leader, and trying to set, to make an example.

BEN STEIN: With, I'm not a fan of Eric Holder, I know him personally a little bit, but not a fan of him as an attorney general. And it seems extremely farfetched that they would do anything like that, take revenge, and might add to your premise, the downgrade put the market into a tailspin. And by the way, S&P will have extremely powerful lawyers, a lot of defenses in these cases and one being that when they gave these things triple-a ratings they always said these are triple-compared to other housing and credit interests of the same type. They didn't say compared with other interests' altogether. So there are going to be a lot of defenses and a much more complex case it seems at this moment.

DAGEN MCDOWELL: Coming from someone whose father would not take her out to eat in a public restaurant until I was old enough to actually drive the both of us, next to parents not bringing their screaming kids into the restaurants; I think this is genius, kudos to the restaurant.

CHARLIE GASPARINO: I grew up in an era where if you opened your mouth you got -- backhanded.

ADAM LASHINKSY: This cuts very close to home. I think I'm the only one on the program with a child the age where this is relevant. If I had an economic incentive to get my daughter to behave herself in the restaurant I think I would be happy about it. I haven't seen it in any restaurants that we've been to.

BEN STEIN: You know, I don't care about that. I just think that Adam should get a prize for what he said; I've been doing the show a number of years and the best thing I've heard of yet.

GARY KALTBAUM: I think if the restaurant wants to do that terrific, if they want to give my kid something terrific. My kids behave themselves never got a thing, I'm OK with it.