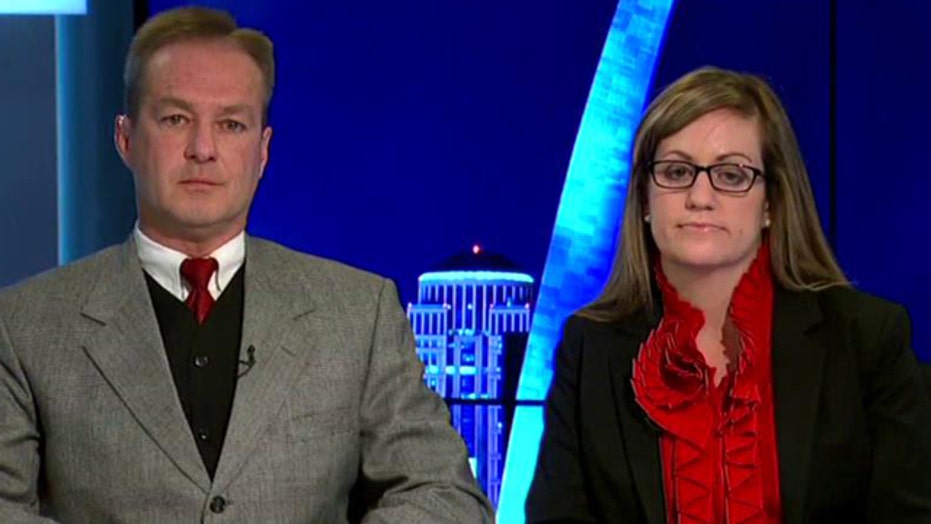 Darren Wilson's attorneys speak out after his resignation

This is a rush transcript from "Hannity," December 1, 2014. This copy may not be in its final form and may be updated.

SEAN HANNITY, HOST: Darren Wilson officially resigned from the Ferguson Police Department this weekend, just five days after a grand jury decided not to indict him in the shooting death of Michael Brown. He released a statement on Saturday night explaining his decision. It read in part, quote, "I've been told that my continued employment may put the residents and police officers of the city of Ferguson at risk, which is a circumstance that I cannot allow. It was my hope to continue in police work but the safety of other police officers and the community is of paramount importance to me."

HANNITY: All right, let me repeat. Officer Wilson will not be getting a severance package from the city. Former New York City mayor Rudy Giuliani had some very strong words about the entire case yesterday on "Fox News Sunday." Take a watch.

RUDY GIULIANI, FORMER NEW YORK CITY MAYOR: Having read the transcripts now of the grand jury, the FBI interviews and all of that, and having been a prosecutor for 13 years, I don't see how this case normally would even have been brought to a grand jury. This is the kind of case had it not been -- had the racial overtones and the national publicity where a prosecutor would have come to the conclusion that there's not enough evidence to present to the grand jury.

HANNITY: Here now are Darren Wilson's attorneys Greg Kloeppel, and Danielle Thompson is with us. Danielle, let's talk about, is this case really now about an officer assaulted and who needed to use deadly force to protect himself? Hasn't the narrative totally changed?

DANIELLE THOMPSON, DARREN WILSON'S ATTORNEY: I think from our perspective from the very beginning the narrative has remained the same, that Darren did his job. He did exactly what he was supposed to do. And the resignation hasn't changed that in the slightest.

HANNITY: Greg, I agree with Rudy Giuliani. They never would have gotten a guilty verdict. Having read the evidence, read the testimony, all the eyewitnesses and for those that always want to bring up, demographics, black people in the community testified and corroborated Officer Wilson's story. There never would have been a guilty verdict. Do you agree that this was a mistake to even bring it to the grand jury?

KLOEPELL: You know, that's a very good point. And like I told you the other night, first statement I received from Officer Wilson, second statement, third statement in front of the detectives, I knew our case was solid. But as I said the other night, the thing that scares me about this case are those politician statements. And, no, I agree with you that political pressure should not run a criminal investigation.

HANNITY: When you say politicians, you mean Barack Obama? You mean Eric Holder? You mean other people?

KLOEPELL: Well, I mean, quite a few politicians, even politicians from our state. I mean, we had our governor from our state saying, you know, we were going to have a vigorous prosecution of this case, statements such as that.

HANNITY: But when a president of the United States with all the power of the bully pulpit and his attorney general, the chief law enforcement officer, when the White House sends three representatives to the funeral of Michael Brown, doesn't that in a sense taint the jury pool? Doesn't that create an expectation in the minds of people in Ferguson they were expecting a different result because of their input?

KLOEPELL: That may be correct. And that's one reason we decided to not address this case in the media until after the decision was reached, because that's one thing we did not want to do is taint that jury pool.

HANNITY: Let me go back to Danielle. No severance package. I know a lot's been made about that in the media. Where does Darren Wilson go from here? Is there any legal action that might be taken at some point?

THOMPSON: At this point there's no legal action that we would pursue against the city of Ferguson. He resigned, and with the resignation he had parted ways with the city of Ferguson so that both parties can move on and hopefully that decision will help heal the community and allow everybody to move forward. Regarding where Darren Wilson goes next from here, that's anybody's guess. Darren doesn't know where Darren goes next from here, so, it's hard for anybody to say.

HANNITY: Does he want to continue to pursue his career in law enforcement?

THOMPSON: At this point that decision has kind of been taken out of his hands. His one concern is safety for himself and safety for the other police officers out there. So for him to go back on the streets just isn't a possibility because it would put the safety of other officers at risk.

HANNITY: All right, guys, appreciate you being with us, thank you.