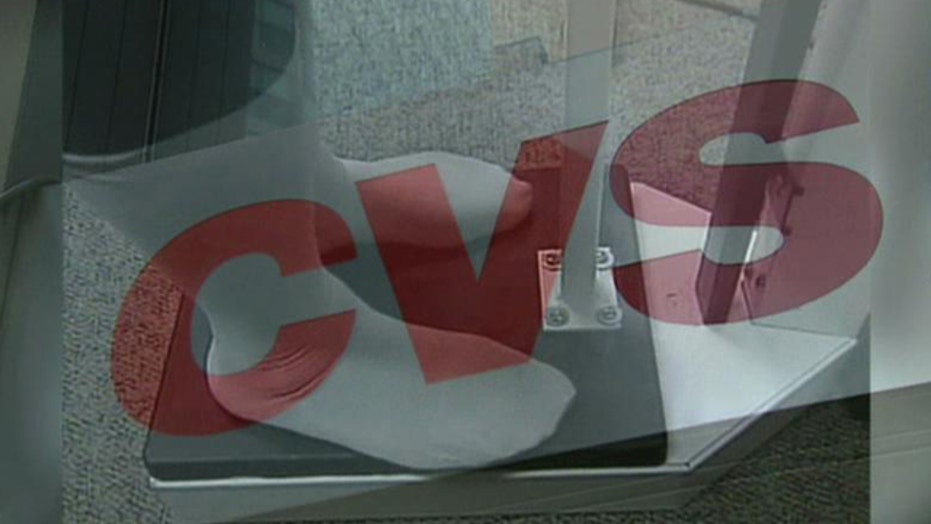 CVS requiring workers to get weighed or face fine

CHARLES PAYNE: You know at this point, you would think these guys would start to change their tactics a little bit. The protests, the inflatable rats, listen, the bottom line is - realistically it's already proven. Communities where there's fewer less presence of unions are doing better. Communities and businesses then they drove Hostess out of business; you've seen what happens to these other industries. They have to figure out their dynamic, and I got to tell you, they're probably going to have to take a step back to figure out a way to tell the regular people out there, we're not in this for ourselves, we're in this for everyone, and that message doesn't get across anymore.

DAGEN MCDOWELL: This is evidence of unions on the run. If you look at Michigan again, a huge move that that state, kind of the birth of unions as we know it in this country...is now a right to work state, but what you've seen, you're starting to see the like down and dirty tactics. A lot of unions in that state tried to do in that state, are doing like end run around the law, by putting in place, like Wayne State University for example, mandatory dues must be paid by these unions for periods of years - eight years in just that case. You're seeing it all over that state. This is a sign of desperation.

CHARLIE GASPARINO: You know, I've been to strikes. My dad was a union guy, and I think these people are pretty tame if you ask me. I would point out that you know in some places like coal mines and textile plants in South Carolina, whatever, if you don't have a union, you're making next to nothing...so unions are needed I believe. And by the way, they pay dues. They pay dues for a service. You're protected by the union. If you don't have a union, you're making no money. Now, that said let's face it - in some of these places, they have to give, and there's no doubt. I mean, I was listening to some of the GM executives say that unions weren't the problem. They did put GM out of business, so there is a give and take, but if you're telling me this country does not need a union, that's insane. Unions put food on our table, remember that.

ADAM LASHINSKY: Well, there's different ways to look at this, Neil. I mean, playing off what Charlie said...I don't see anything unusual at all about an interest group lobbying on behalf of its members...that's what we expect in America. So, not just from unions, but from any interest group throughout the country, you should expect this. I really think it's important to counter this argument that Charles made and Charlie buttressed which is that unions drove Hostess out of business; they drove GM out of business. Communities without unions are better. There are in each of these cases multiple factors about what happened here, and to say that it was the unions fault is just to bash them without really adding to the debate. It's one thing that contributed to these things.

DAGEN MCDOWELL: God forbid that the Post Master General actually allowed managing the post-office. $16 billion, $2 billion would be saved just by ending Saturday mail delivery and Congress has to step in - he's still waiting approval to close some of these rural post offices, deal with the benefits. You know, I think there may be four elderly people out there who have all these Congressional phone numbers, and they just work the phones because they're angry, they're angry that they're not going to get their mail delivered on Saturday. It's called e-mail!

ADAM LASHINSKY: Well I think it's a very sad situation. It's a total mess, we need to separate the post-office completely from the U.S. government and let it do what it needs to do. It's in the middle of a massive technologically change. It's obviously becoming obsolete, and instead it going to be a death by a thousand cuts if the government continues to go at it this way.

CHARLES PAYNE: They are mandated to lose money, but I think the story here...the overarching story about Washington having a spending problem. It's got a spending addiction out of this world, are you kidding me? You cannot fix this addiction. It's a combination of a spending addiction and a power play. You've had military generals say no, we don't need that tank, we don't need that bomber, and then Congress was like, yeah you do. Its nuts! To your point, there's a way of making it better, making it perhaps even turn a corner.

CHARLIE GASPARINO: I think there's a union issue here. It's the union. I mean you were in favor of the post-office dude. I mean listen, I think it's about time for a spinoff, not of us. Wouldn't this be a great IPO? Listen if the government can invest in all these banks, and then divest, then why doesn't the government essentially spinoff the post-office.

CHARLES PAYNE: Well, it says the overwhelming majority of that money is off-shore. $1.9 trillion could be off-shore, and it says all of corporate America. Listen, the bottom line is it would be wonderful if that money could come here, but these guys are taxed in local places that they make the money, they would love to get a break to bring it back here, and they also, let's be frank, they're a little bit worried about bringing it here too, and having it here under this environment. There's an amazing opportunity being lost - an amazing stimulus plan.

DAGEN MCDOWELL: Well one of the problems with Apple is it's got a problem because it's too successful. It's got this cash, and you want to be careful that you don't do something stupid with it, and Apple can't sell more iPhones by spending more money, and it needs to avoid making acquisitions remember Cisco bought the flip video camera business it was a disaster because again the company was under pressure to spend that money. The fact that they're able to sit on it actually is an indicator of how well it's doing.

CHARLIE GASPARINO: Yeah...I would just say that this is a big debate in corporate America. Jeff Immelt actually addressed this recently. He said listen...in a world where you have to worry about terrorism at any point, you need to keep a lot of cash on hand...what that might do to your business.

ADAM LASHINSKY: Well it's not good. Tax reform would help, but I assure you Charles, Apple's not afraid of repatriating its cash, and it's investing extremely heavily in new plant and equipment and new products...that's not the issue for Apple.