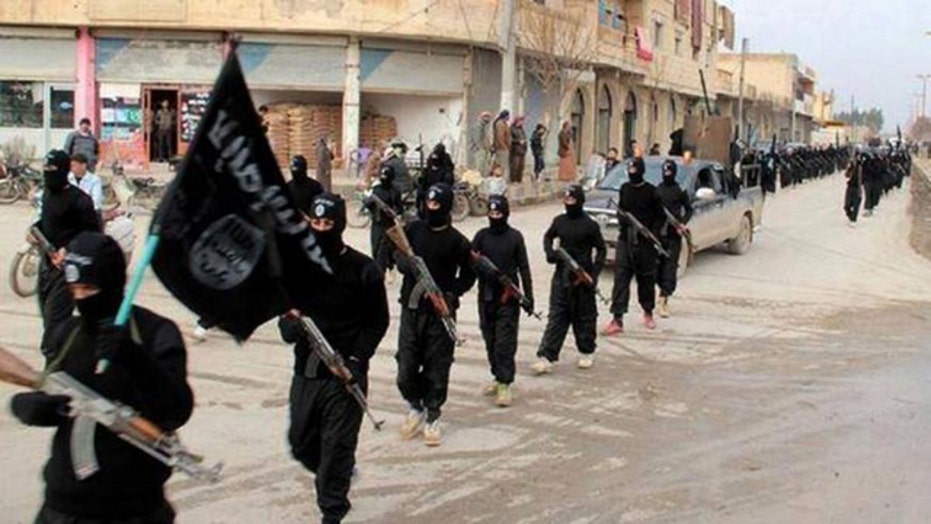 Is this the right time to consider paying ransom?

Attacks in France and Tunisia Follow ISIS Warning of 'Calamity'

Dagen McDowell: The whole point of having a firm no negotiation, no ransom policy in this country is to prevent Americans being targeted and by announcing this policy openly with a lot of holes in it you're asking for Americans to be kidnapped for ransom and to be targeted, period. Then what?

Charles Payne: I disagree with-in the sense if there's a young American in Syria, Afghanistan, someone wants to help out all the refugees in Iraq, they are going to be targeted. It might be the number-two money maker for ISIS but it's their number-one PR stunt. Beheading people -- I'm not talking about ex-pats or Americans working for air products in France. I'm talking about that one particular region where we have no policy where our government has no way, no desire or no will to crush ISIS, if some American kid is over there trying to do what they think is the right thing and they get kidnapped I would like to see the family be able to rescue them because our government won't.

Charles Gasparino: It shows you the absurdity of our policy. We know they're beheading people, committing atrocities across the world, yet we don't want to take the battle to them. I'm not saying engage in full-out war with ISIS.

Ben Stein: I'm trying to imagine my wife, who's my whole life, is captured god forbid by ISIS, I would want to do any possible thing to get her out of there. I would use every possible bit of leverage, including the little money I have left, to get her out of there. The throat of my wife having her throat cut or head cut off because of some policy is very upsetting. It's great to have a policy. I think the people involved who have knives at their throats are frankly more close to that policy. It's a distant money maker. Their main money maker is oil.

Julie Roginsky: I agree with Dagen but if this were my kid I would do everything I could, including mortgaging every ounce of what I owned to get them out of there. I think it's hard to say to these family, hands off, you can't do anything to save your kid. All of us would do whatever we could to save our kid and that's the difficulty here. Charlie, how exactly are you going to get the Iraqi army to fight harder when these guys leave the battlefield and ISIS has our weapons because they're not doing anything to defeat them?

Tensions Rising in Greece Amid Stalled Negotiations Over Debt Deal

Charlie Gasparino: I think what's scary is we have a supreme court, you know, they ratified ObamaCare, we have a Supreme Court that will ratify any big government boon dog until the world, no matter how obtrusive it is, how weirdly stated in law, no matter how controversial. This Supreme Court is mandating our way into bankruptcy.

Dagen McDowell: I go back to this all the time, the fact we never bothered to fix the giant holes that are in Medicare and social security before we moved on to try and provide. 2030 is when the Medicare trust fund is depleted. 2033 is when the Social Security trust fund is depleted. Who's going to pay for all of that? I'm paying for mom and dad's health insurance and Medicare while they're if retirement now. They dispute that, but I am.

Julie Roginsky: The saddest thing is she didn't go to her prom. That's horrible, Dagen. You are ungrateful, horrible. Look, i think this is – I have a very different attitude about this. I take the love thy neighbor thing a little more seriously, I think.

Ben Stein: Well, we're already bankrupt. We take all of our liability, all the unfunded liabilities, they already make us bankrupt. So that's not going to be a problem. We're paying for it all with printing press phony fiat currency. Anyway, we seemed to be able to get away with that for a long time. I'm with Julie. Our very lavishly well made-up democratic strategist today. We are a country with a heart and I don't think we can let people go without health care. And Mr. Nixon had that idea and he was right.

Ben Stein: I think it's extremely serious for this woman who, by the way, doesn't look at all normal to me, describing people who disagree with her as not normal, and, I guess, therefore, mentally unbalanced. The science of this is not at all clear. They're extremely distinguished climatologists. It's not really happening and then whatever is happening.

Dagen McDowell: When this government's policies and the Democrats policies end up sending all of our fuel costs through the roof, Chuck Schumer, by the way, floating the idea of a carbon tax just this past week. Guess what; the whole country is going to get freaky and weird and dog gone angry.

Charlie Gasparino: This reminds me of that scene in good fellows where he is screaming at henry hill. You're not normal. Henry, you're not a normal human being.

Charles Payne: It was 1,000 years when all the smartest people on the planet said that the universe revolved around the Earth. You know, since the scientists -- you know, as the science is settled, and it's amazing. It's ridiculous, and like you said, the normal part is her. The way she is speaking is really desperation more than anything else.

Julie Roginsky: I agree with her, by the way, about the fact that I'm a Flat Earther, the science is pretty much settled, but I wouldn't insult people who disagree with me by saying they're not normal.