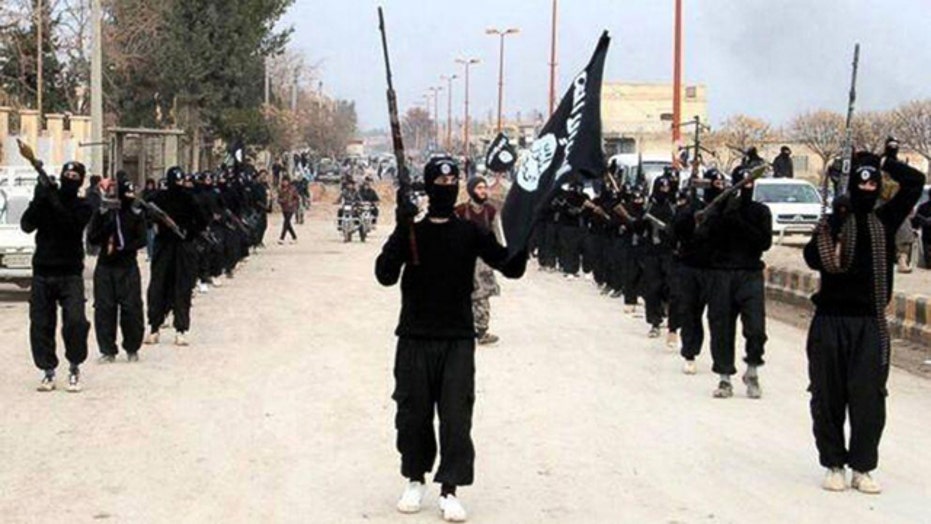 Could ISIS slip into US amid surge of Syrian refugees?

OFFICIALS FEAR ISIS COULD SLIP INTO U.S. AMID SURGE IN SYRIAN REFUGEES

Ben Stein: Well, we are a humanitarian country. We have kind hearts and coronets, but this is the most dangerous place in the world except for Libya. There's no way ISIS is going to sneak people in here. Once they get in here, there's no imagining the mischief they will do. The idea of putting out the welcome mat for them is just crazy. I mean, look, none of the European countries want them. Nobody wants them. Why are we suddenly opening the door? Sweden opened the door to political refugees in the Middle East and it's been catastrophe for them. And this is the worst of the worst from Syria and Libya. The worst of the worst, why are we rolling out the welcome mat for them? It makes no sense at all. It's the perfect State Department idiocy.

Charlie Gasparino: Here's the problem. The immigration naturalization service has a bad history of letting people into this country.

Adam Lashinsky: I would say, however, that there are greater risks that we don't behave like Americans. When people are in trouble for 200 years we have helped people out, that's who we are. As a country, we should continue to do that. Of course we should be vigilant. By the way, we may not have good enough intelligence in Syria, but once they come into this country, I mean, we're going to process them and we'll know exactly who they are.

Gary Kaltbaum: I just have to say, it's incomprehensible that the head of the counter terrorism of the FBI says Syria has no data, no way of vetting these people just like Dagen said, and we have a situation with ISIS proliferating over there. Why do we even want to open this door up now? We are talking about quadrupling the number of people now, the worst possible time. The one thing we cannot afford is to have somebody come over here and pull what they did off in France. It will affect our country; it will affect the economy, and don't want to see it happen.

Dagen McDowell : This shows this is how a free market and capitalist society works.

Gary Kaltbaum: This changes the playing field. You don't need the government. Walmart is -- has the size and the influence. You're going to see Target, you're going to see hospitality, retail and food companies raising wages for everybody. This is very good news. And I think Walmart was smart to get out close to being in front.

Ben Stein: We'll make of it the fact that there's a genuine labor shortage emerging. There's a shortage of skilled labor and highly skilled labor, in particular. Now there's a shortage of semi-skilled labor and prices of labor will go up. The question is, does this lead to inflation? Typically a big hike in wages is a foreshadowing of a big hike in inflation. We do not know if it will happen this time, but i for one think it's great they are getting paid more.

Adam Lashinsky: I think it is certainly possible that the federal pressure that came into play and all the grease they get from the labor unions constantly protesting against them.

Charlie Gasparino: This is a dangerous president when government and unions work together, which they are, they are working very close. But when they have a company do this, that's almost fascism. But I feel bad for Walmart workers, but here's the compelling part of this. There's no -- we don't have a need for unskilled labor. They don't have to raise the minimum wage here. They were raising it for one reason and one reason only. The government.

Gary Kaltbaum: That's what you get when you throw out a bill that nobody understands and you have 15 people in a room come up with all kinds of rules, regulations, mandates, penalties and axes and you get this. The biggest problem for me is not just this, it's going to be the cost down the road, it's the fact that it's going misreported, deductibles are up, premiums are up, coverage is down. For me at the end of the day, at the end of the road this is going to be one big gigantic blob and we're going to be paying for it in the end.

Adam Lashinsky: No one is happy that this element of it got botched, but we're very happy that all these people are getting health insurance. Down the road it will not be one big blob.

Dagen McDowell: They extended this enrollment deadline in part for people who were uninsured who might not have known that they need to be insured so they gave them more time so they don't have to pay a penalty. Who hadn't turned on a TV or read a newspaper in the last five years? That people don't know they need to be insured in its cover for their screw ups.

Charlie Gasparino: These are the same bureaucrats that are going to stop the ISIS guys from coming in.