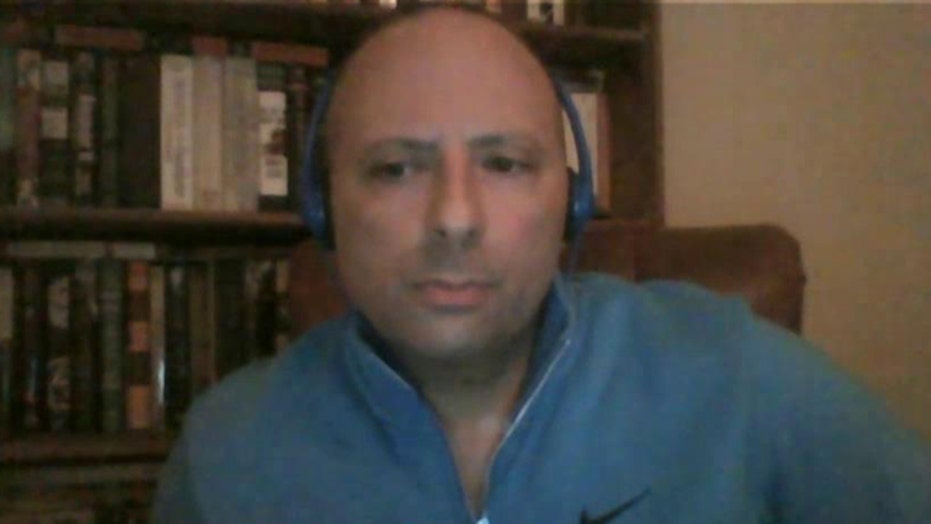 Confessions of a former inmate

Former inmate from the same prison that held the escaped prisoners Richard Matt and David Sweat gives the inside story on alleged bribes, chummy relationships between guards and inmates and more

This is a rush transcript from "On the Record," June 26, 2015. This copy may not be in its final form and may be updated.

GRETA VAN SUSTEREN, FOX NEWS HOST: The second we learned about the one who is cornered we're going to go right through it to the viewers. In the meantime, a former inmate for the same prison where this fugitive escaped from is here.

Louis Ferrante joins us. Louis, nice to talk to you.

LOUIS FERRANTE, FORMER CLINTON CORRECTIONAL INMATE: Nice to be on the show, Greta. Thank you.

VAN SUSTEREN: Louis, when I hear information about this prison, I'm quite surprised. You were in that prison. Tell me, how much order is in that prison and are the correction officers way too chummy with the inmates?

FERRANTE: Yes. I was in Clinton, Dannemora while I was heading upstate to another prison, but I did spend time there and pretty much, you know, there and everywhere else it's the same dichotomy. It's the same dynamics where you have the prisoners and you have the guards and they intermingle. They work and they live in the same places. And eventually they get chummy with each other.

Whether it's a guard who has a snitch that he sort of gets friendly with because the snitch is giving him information and then the snitch wants something else in return from him or sometimes it's just basically if you are around murderers all day you want to be safe and what's the easiest way, you know, to go home every day to your wife and kids that's to be nice to them, not to be mean to them where they could, you know, run a shank through your jugular vein.

And everybody has to realize that that these people live with them everyday. And if they do get chummy now and then, you have to realize that that's part ever their job and part of their safety at stake, but it's crossing the line. That's the problem. And that's what's happened here when they crossed the line. And I think they have -- they have to be really seriously trained not to cross that line.

VAN SUSTEREN: Is this prison any different than any of the other prisoners you have been in?

FERRANTE: I spent a lot of time in maximum security prisons and I remember that prison distinctly because it's the high security. I'll never forget pulling up to those high walls and entering that dingy, dark, disgusting prison and they were all the same. They're high. But you know, at the end of the day, the weak link in any chained fences, you know, is the human element. It's not -- it's not the fence. It's not the barbwire. It's not the brick wall. It's the human element. And people are human. Human frailty has come into play and that's what happened here and it happens a lot. You'll be surprised. This is the only time it's really come to the public's attention on a large scale.

But a lot of times there were guards that bring in inmate's drugs. There are guards that bring inmate's food. We had brought over half a dozen guards in Metropolitan Detention Center in Brooklyn back in the 90s. I was at the forefront of that corruption ring. I took care of some of the guards and they were arrested. We just wanted trays of lasagna and baked ziti and we brought in some wine once in a while in water bottles. But once the guards got sloppy, we started bringing in drugs for other inmates. That's when the ring fell apart and everybody got pinched.

VAN SUSTEREN: You're not surprised then that someone was able to bring in -- or actually I should ask you when you were in prison did you ever see a correction officer bring in a screwdriver or a hacksaw tools like that? I mean was that -- has that been easy for you to get?

FERRANTE: Greta, yes. First of all, it is easy. I saw a guard bring in someone steroids because he wanted to work out and get really, really juiced up and big before he went home to his girlfriend. But let me tell you something, this is interesting thing in the prison system that should be looked at much more closely. In, for example, Lewisburg Penitentiary, which is in Pennsylvania, we had a metal shop. The guards didn't have to bring us knives. We made our own knives in the metal shop. And when there was a double homicide in 1998 while I was in inside that prison, those prisoners were killed by other prisoners with homemade machetes that were made in the metal shop inside that very prison.

So you know, I mean these prison systems they have to be closely looked at in a number of ways. We grew -- the prison population in America grew at such a fast rate that a lot of times we hired guards that weren't thoroughly trained.

I will never forget I was in a prison where a lieutenant was bringing around a number of guards -- a number of people, rather, in civilian clothes and I looked at them. And one of the guys looked like somebody I would have hung out with on a corner. You know, he was wearing a hoodie. He had tattoos. You know, he looked like the kind of guy I would hang out with. And I was curious as to what that little tour was about. A week or two later, he was the prison guard on my tier block. And I said to him, "Hey, buddy. I saw you in your civies and you just looked like us. You know, what's up?" you know, he goes, "Lou -- He goes, "Ferrante, if I didn't answer the ad to this job, there's a good chance I'd be wearing your uniform already instead of this one."

So that's how close sometimes, you know, the prison guards from us but then they were also good ones and I have to tip my hat to a lot of the prison guards that do their job. They find their way to be nice and kind inmates but yet they know how to tour the line and they know how to put their foot down and not about to be corrupted. And I want to tip my hat to those guards as well because those are the guards that made my bid a lot easier and I was never a snitch or anything like that. I never gave information, but they respected me for who I was and I respected them for who they are.

VAN SUSTEREN: You know, you made a good point about the many great and good, hardworking correctional officers there are, you know, in many of the prisons. You know, I sometimes say correctional officers sounds like I'm talking about all of them and I don't mean to disrespect the good ones. All right. Let me -- let me ask a question. Joyce Mitchell seems to have been having an affair with at least one of them. You have got down in Baltimore where a correctional officer or two or three got pregnant from a someone -- an inmate. What's the story about the women correctional officers or civilian workers and some the guys in these prisons?

FERRANTE: Yeah. I sort of (inaudible) hard time. I have seen it all, Greta. So one example is -- I mean the best -- the best way to explain this is just as women are lonely outside and somebody who is a Romeo and a charmer could come along and tell her the right things on the outside world, that also can happen inside. And when some of these women work not only single shifts but double shifts and then they go home just to sleep, you know, the difference between us and them is the fact that they are on a bed for 8 hours and we are on bunk for eight hours. Other than that our worlds are intermingled all day every day. So they are as susceptible to the same charming words as anybody else.

Another thing that I did witness is there are on occasion women, prison guards who were willing -- and I'm not saying all of them. There are a lot of heroic prison guards who did their duty and I tip my hat to them - - women prison guards. Some of the best of them are women. But there were women who -- and when I was in prison were willing to for a certain amount of money take you out of the unit and take you into a broom closet. And that's how that stuff happens. It's not, you know, it's people of people where the men and women or what have you and there were human frailties all the time in the equation. You can't discount that.

VAN SUSTEREN: Louis, thank you very much for joining us. And glad you are out. I bet you are, too.

FERRANTE: Thank you. Likewise. Thank you, Greta. I'm a fan of yours. I watch you all the time.