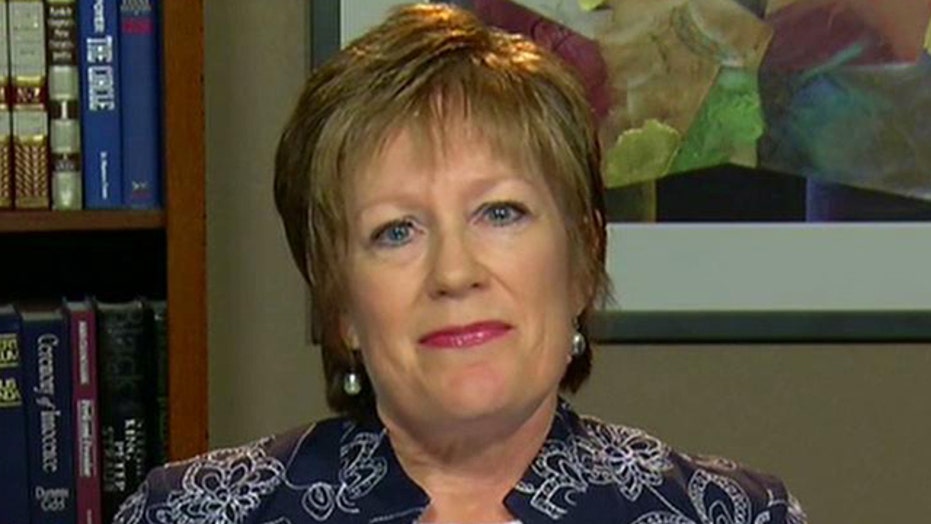 This is a rush transcript from "Your World," February 25, 2014. This copy may not be in its final form and may be updated.

NEIL CAVUTO, HOST: In the meantime, some Republicans are now shying away from this legislation.

Arizona State Senator Nancy Barto is not. She's a co-sponsor of the bill. She joins us right now.

Obviously, some of that Republican support is -- is peeling off a little, Senator. Many who have said they regret that vote are saying now they want the governor to veto this.

What do you think of them and what they are saying, that it's -- it's going to boomerang on you?

STATE SEN. NANCY BARTO, R- ARIZ.: Well, you know, it's disappointing, because I think it doesn't help get out the actual truth about what the bill does.

I really appreciate being able to dispel some of the ugly myths and distortions that are just being promoted by the opponents of this bill. It's actually a technical bill that passed last year. It does nothing but allow standing in court for a person who wants to make sure that they -- that their religious rights are protected.

It does nothing -- it doesn't expand how -- how a person can define what those actions might be in court. It mirrors the federal law, and it merely gives people standing in court. That's why it's a technical bill.

CAVUTO: But, as you know, Senator, it's veered to be quite bigger than that, and the argument used by a lot of gay groups is that it is anti- groups and that a business owner who is against gays or gay marriage, you know, sees a gay couple walk in, wants to order something, they want to refuse that -- that -- that couple.

This bill, if it became law, would protect them. Without it, it is deemed to be anti-gay. And what do you say to that?

BARTO: It's deemed that way because of the opponents.

But, frankly, it doesn't give people the right to do anything more than they can do right now under the RFRA laws.

You could not stand up and say, because of my religious beliefs, I'm not going to serve a gay person. That would be thrown out of court on its face. There's a three-element test in Hardesty that's in the bill that a person would have to prove that was it's based upon their religious beliefs in order to stand on the bill.

BARTO: That, too, it's completely irrelevant.

CAVUTO: How do you -- how do you disconnect those?

BARTO: Here's how the disconnect goes.

If a person -- and right now, the examples across the country are growing. Like, you have Elaine Huguenin in New Mexico is a perfect example. She is fine probably with serving anybody a plate of brownies or cupcakes, but when it comes to participating, being forced to participate in a gay ceremony, same-sex ceremony, that's where she is able to say, you know, this really violates my religious beliefs.

And she's been forced to either pay a fine or -- or be succumbed to serve in that -- in that instance. Is that right? Is that what America is about?

CAVUTO: So you don't liken this to like a modern-day...

BARTO: This serves not just Christians, though.

BARTO: This is not just for Christians. It's all faiths.

CAVUTO: But there are a lot of people saying that some people back in the '40s and '50s and '60s held the same view about serving African-Americans and that we grew from that, and that...

CAVUTO: ... this is the same potential slippery slope. What do you say to that?

The law is technical in nature. All it does is allow a person to have standing in court. Right now, the difference between the federal law and what a state law needs to do is make sure that when a government entity isn't party to the lawsuit, a private party may defend themselves in court based on RFRA.

BARTO: It truly is technical.

And, as I said, it's -- it protects people of all faiths. Consider this. Would you want a homosexual printer to have to be forced to print signs for a Westboro Baptist protest event under the same -- under the same circumstance that they're saying, without this protection in law, that's possible in Arizona and New Mexico.

CAVUTO: All right. I see where you're coming from. But a heated debate ensues.

But, Senator, thank you very much for taking the time to talk to us.