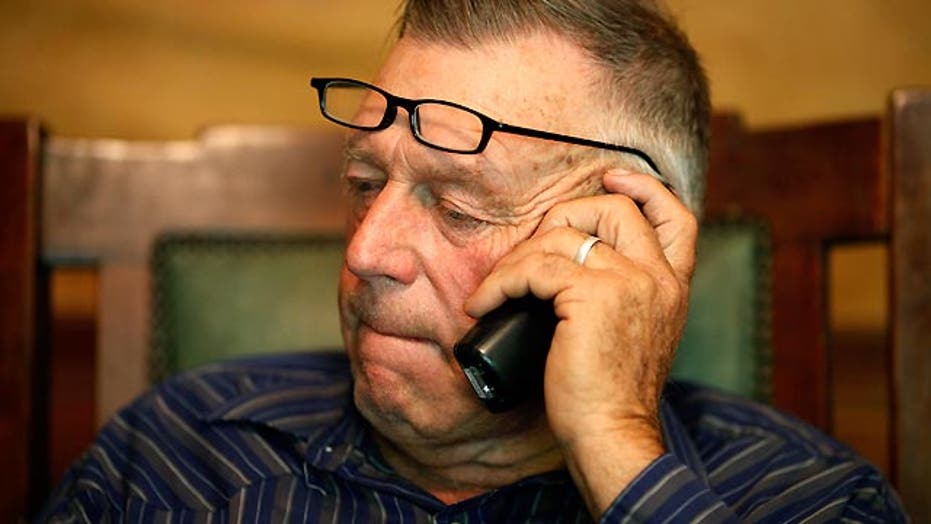 This is a rush transcript from "Hannity," April 17, 2014. This copy may not be in its final form and may be updated.

ERIC BOLLING, GUEST HOST: This is a Fox News Alert. The most powerful Democrat in Congress has now officially stepped way over the line when it comes to his rhetoric about rancher Cliven Bundy and his standoff with the federal government.

According to a report in The Las Vegas Review Journal, Senator Harry Reid called supporters of the Bundy family, quote, "domestic terrorists." In a moment, we'll talk to Senator Rand Paul.

But first, on the phone with exclusive reaction to this breaking news is rancher Cliven Bundy. Thank you, sir, for joining us. So this is -- this is just breaking this afternoon.

Tell us, when you hear Senator Harry Reid call you a domestic terrorist, what do you have to say to the senator?

CLIVEN BUNDY, NEVADA RANCHER (via telephone): Well, I guess he's right. I don't know what else we'd be. We're definitely citizens riled up. I don't know whether you can call us terrorists. There's the most loving people here I've ever met in my life, and we're meeting here together. And they're definitely upset about this government that pulls their gun on us, and -- you know, they are -- I don't know. I just can't see how he gets that type of description out of these people.

BOLLING: So Cliven, when they said -- when they actually backed off a couple of days ago, it seemed like things had calmed down. Do you think Senator Harry Reid is inciting more people to come back and support you?

BUNDY: Oh, you know, I don't know. Sure, he would be. Any time he calls us a riot, domestic riot, I think, you know, there are just going to be more people come. They're not going to stand for that, either.

BUNDY: Yes, we just had a press conference here at one o'clock and we started out with 32 people and before got through, I talked to a lot of people, and you know, there are a lot of people concerning their -- their concern and their love and their prayers. And yes, it just seems to get bigger and bigger.

BOLLING: Now, when these people that heard Senator Harry Reid called you a domestic terrorist, was there a reaction? Have you talked to the people who are standing arms -- locked arm in arm with you?

BUNDY: You know, I don't think anybody knows about that. Out here, we -- at least, this is the first time I heard about it. Nobody mentioned it so far.

BOLLING: What do you think the reaction's going to be when those people hear that they're domestic terrorists?

BUNDY: Well, probably a little bit like I am. I guess we are rioting, whether we're domestic rioters, I don't know. But I'll tell you, there's unhappy people here, and we are rioting against the federal government. Those people are carrying guns and pointing them at us. I don't think we're going to put up with that in America.

BOLLING: OK, so what's next? What's it going to take for the people who are backing you or who are with you to feel that this conflict is over, to disperse?

BUNDY: Well, you know, their demand was take these guns away from these bureaucrats, and I think they're going to hold to that. You know, a lot of people can't understand what they're talking about here, but you realize that you can watch the films and movies, which you people have seen that I haven't even seen, and you know when those people retreated, the BLM armed forces retreated, they retreated. They took their guns. They took their vehicles. And they moved across the freeways and got on I- 15 and went north.

And you know, that's the last time the media (INAUDIBLE). Why in the heck don't they know why those people left? Why didn't those county and city sheriffs arrest these people? They've been abusing American people. They've abused my private property, abused my cattle, abused my range improvements , and they abused hundreds of citizens by pointing those guns, and yet nobody says nothing. We haven't heard no media. We haven't heard nothing about a county sheriff questioning their -- there are a convoy of at least 100 vehicles going up north on I-15. We never heard of nothing about it. Where did they go? This is the question people are wanting to know. Where did these guns go?

BUNDY: So let me just draw a little line here. If some person robbed a convenience store, and he went into Mesquite -- Mesquite, Nevada -- the police would pick him up as fast as they could. If he went into Arizona, went across the border into Utah, went into Utah County, they'd chase that guy down until he (INAUDIBLE) climb into New York. But here was 200 armed with heavy weapons and 100 cars, and nobody seems to know where they went. They just disappeared just like they went into a tunnel and it was just OK.

BOLLING: Right, right. Hey, Mr. Bundy, we're going to have to leave it there. We have Senator Rand Paul on standby right now. We're going to go to him in a second. We want to say thank you to rancher Cliven Bundy.