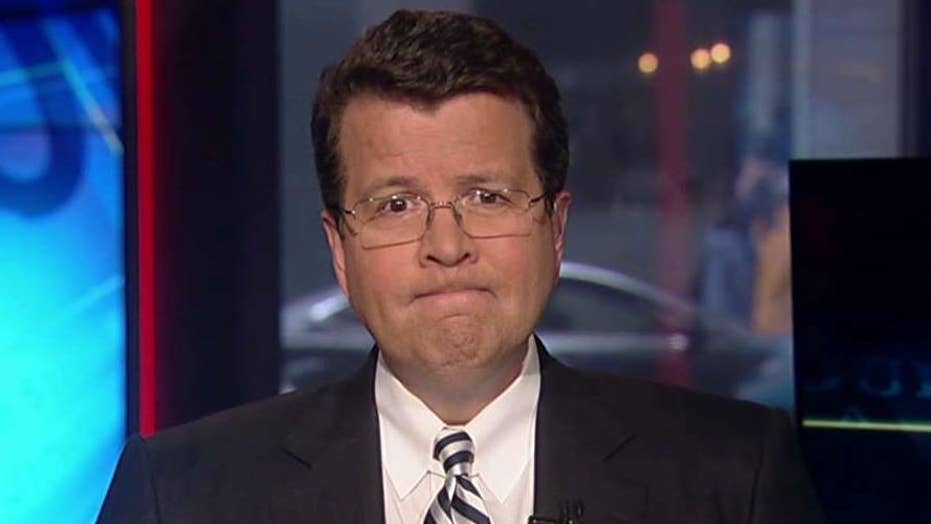 Cavuto: In politics, as in life, words matter

Choosing the wrong ones matters too.
Just ask Ted Cruz.

Who's trying to explain to leery New Yorkers, exactly what he meant by 'New York Values.'

Or Donald Trump, who's hoping the same New Yorkers prefer his values.

God knows Wisconsin voters didn't,,
They soundly rejected trump because he said a lot of dumb things before they voted and not a whole lot of nice things since they voted.

I don't know if it helps to say you lost because Lyin' Ted Cruz is worse than a puppet, he's a Trojan horse.

But I do know comments like that, to me at least, risk making you look like a horse's ass.

For Donald Trump, probably not in New York, where he might still do well.

Precisely because Ted Cruz said what he said about New York, where he might not do so well.

Just that in politics, as in life, words matter.

And how you explain those words matters too.

Ted Cruz has been trying to tell New Yorkers he meant no slight.

Donald Trump has become a force of nature because he takes back no slight.

It's worked for him.

For all I know, finding just the right explanation for 'New York Values' 'might' work for Cruz.

But you know what I think would work better for both?

'Fessing up for screwing up.

We all do. You're looking at the master!

My Italian dad used to offer this free advice to his big-headed son:

'Neil,' he would say, 'stay humble, in your case it'll come in handy.'

My Irish mom would do him one better.

'Son, just remember when you think you're all that, that's all for you.'

I think she meant, 'that's 'it' for you...she never bothered to explain..

But her point, my dad's point, is -- you do yourself no harm admitting your stupid choice of words did harm.

So just say it. Admit it.

Quit getting tongue-tied explaining it, or worse, ignoring it.

Take it from someone who values each and every day.

But that doesn't mean we have to be.

I don't know if that works when you address the media.

But I do know it works the next time you look in the mirror.