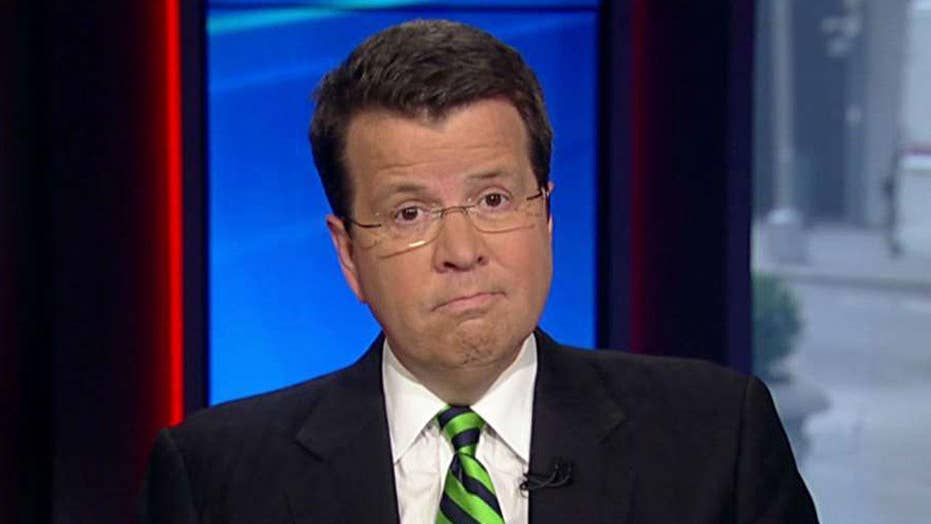 Cavuto: Do Democrats have any heart at all?

This is a rush transcript from "Your World," June 23, 2017. This copy may not be in its final form and may be updated.

Folks, I've had a chance to examine the latest Senate healthcare proposal and the Democrats' proposal.

The one that's trying to become the law versus the one that already is.

If Republicans still spending hundreds of billions of dollars on healthcare is mean, please tell me what constitutes nice.

If still covering people with pre-existing conditions is heartless, what exactly shows heart?

If keeping kids on your policy longer matters when Democrats do it, it doesn't when Republicans do it?

If Democrats bemoaning Republicans wanting to pay for all that is reckless, then I guess Democrats not too concerned about how you pay all of that that makes them clueless?

If Barack Obama calls this Senate attempt a massive transfer of wealth from the poor to the rich, wasn't he the one who started this transfer in reverse exploding costs on the poor and the rich?

What's mean, my friends, is doubling premiums you promised would stay low.

What's mean is forcing young people to pay up for coverage when maybe they can't afford that coverage.

What's mean is saying government subsidies will help when they won't.

Or plenty of state exchanges will have their back when they can't.

What's mean is premium increases that keep soaring, and coverage that keeps shrinking.

What's mean is telling folks healthcare is like money in the bank, even if it means no money left in their pocket.

Not Republicans introducing Democrats to something called math.

But Democrats who concocted this mess ignoring that math.

What's heartless is telling folks it's deplorable to do things in secret, when in fact, the Affordable Care Act itself was cooked up in secret.

Remember the closed doors? They’re not pretty. But Chuck Schumer lecturing anyone on keeping them open, well that’s pretty stupid.

What's heartless is when the same Chuck Schumer says this Senate measure will send costs soaring, while refusing to see those costs are already soaring.

When in fact what's really heartless is year after year of ObamaCare lemmings lying to people.

About deductibles now pricier than some premiums.

And premiums pricier than most can afford.

If that's compassion, what counts for clueless?

If that shows heart, how then to explain this present-day healthcare hell?

It shows a cavalier disregard for facts the left chooses to ignore, and a phony interest in the health of folks for whom liberals couldn't care less.

But they're out there because the law they hope to replace isn't remotely close to even passable.

I just find it odd that the same folks who feared Republicans would repeal healthcare have in fact gone to great lengths those Republicans to secure it. Oddly keeping the one thing that they said they would rip apart.

God knows it isn't helping the Grand Old Party somehow they're getting the blame for the disaster of ObamaCare. That’s no party.

And not president Obama himself who seems to have conveniently forgotten all those empty promises behind ObamaCare.

He made those promises.

And now they're lecturing Republicans about breaking promises?!

I figure there's enough blame to go around for programs that promise too much, I just find it the height of chutzpuh for Democrats to call Republicans for doing too little.

We need a stethoscope, all right.

Not to find whether there's any heart in this latest Republican plan.

But to confirm whether Democrats have any heart at all.