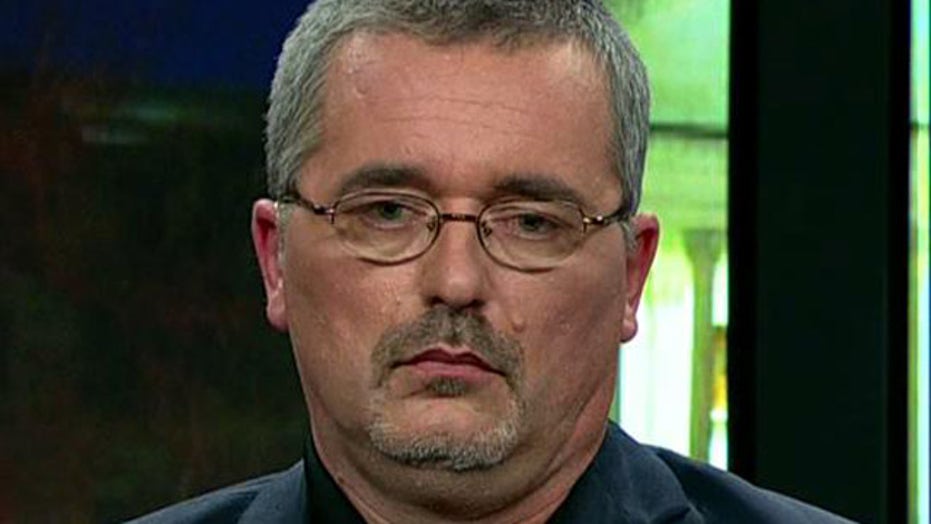 Bill Elliot believes insurance was canceled because of ObamaCare

This is a rush transcript from "The Kelly File," November 7, 2013. This copy may not be in its final form and may be updated.

MEGYN KELLY, HOST: President Obama trying to dig his way out from the growing controversy over millions losing their plans despite his promises that they could keep them. Tonight, we speak with a viewer who just messaged us on Facebook telling us that after his insurance, which covered most of his cancer treatments, was cancelled and he doesn't know what to do.

Bill Elliot joins me now. Bill, thank you very much for being here. I'm sorry about your cancer diagnosis. So you have been getting treated and you found out your plan was cancelled. Why do you believe it was due to ObamaCare?

BILL ELLIOT, CANCER PATIENT: Thank you, Megyn, for being on the show. I believe it was beyond the catastrophic previous condition.

KELLY: OK. I'm sorry. My question for you tonight is whether the president who has now come out and offered an apology, your reaction to it.

ELLIOTT: I believe that was more of an insult the to me and other people who were cancelled than him saying 41 times, period, you can keep your doctor, keep your insurance, period. To me now he's like a doctor coming out of the operating room and said, I cut out the wrong kidney, but I'm sorry about that. There's nothing you can do about it now except get on my website if we can ever get on the website, which I have tried three times. There's nothing you can do about it.

KELLY: Do you feel that the president knowingly misled you? Does it even matter to you?

ELLIOTT: Absolutely. He misled me. In fact, I voted for him because of that fact. You know? Governor Romney come out with his facts, but when President Obama come out and said, you know, you can keep your doctor, keep your insurance, I liked my doctor, I loved my insurance. It was paying just about everything including medications and medical devices.

Now with ObamaCare, the man that I've got looked into it, they are not going to pay for pharmaceuticals or medical devices. MRI that I had last month before I got cancelled was $3,000. Now if I have to have another one it costs me out of my pocket $3,000.

KELLY: Your decision now faced with these costs is to do what with respect to your insurance?

Whatever happens, I believe I'm doing the right thing. I thought about it and prayed about it. I'm not letting this $1,500 -- that's a catastrophic event, previous event. I'm not going to pay it. To me it's saving my family money and they will have money to spend instead of throwing it down the drain like President Obama is wanting us to do.

KELLY: Bill, all the best to you and your family. Thank you for sharing your story.