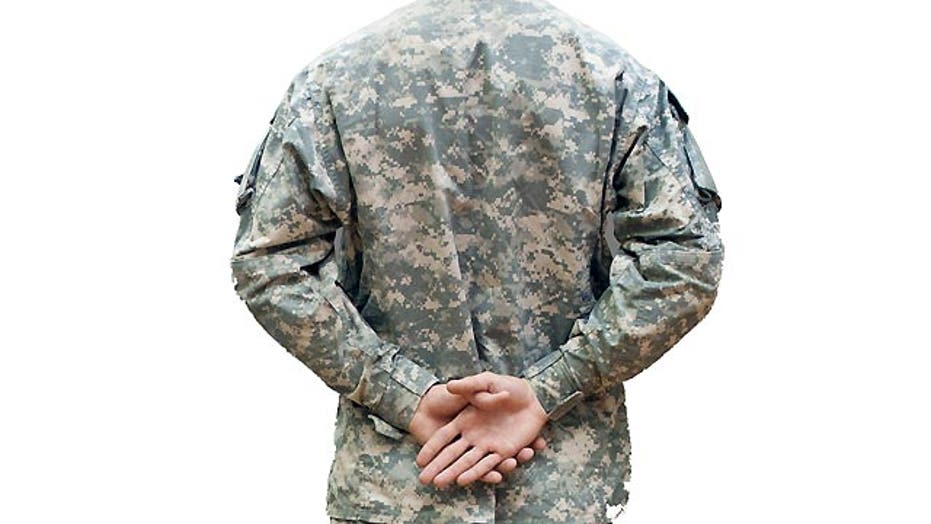 This is a rush transcript from "The Kelly File," December 16, 2013. This copy may not be in its final form and may be updated.

MEGYN KELLY, HOST: Also developing tonight -- new accusations that America's promise to our veterans has been broken. After the House approves a budget that would cut pension payments to hundreds of thousands of American troops. The news upset military spouses including Babette Maxwell. She's part of a group that's hosting a Twitter town hall tonight at this moment, asking the Senate to reject the pension cuts. They're going to have a vote tomorrow. Just a short time ago, we learned that one senator proposed an amendment that would restore these pensions but that vote still has to happen.

Babette Maxwell's husband is an active duty naval officer who plans to retire soon after nearly two decades serving our country. And Babette is the cofounder and executive editor of Military Spouse magazine.

Babette, thank you so much for being here.

KELLY: And so, Paul Ryan, the Republican on the end of this, you know, and Patty Murray, U.S. senator, got together and came up with this deal. And he says, the reason they have to have this hit is because it's going to save the military overall. That this whole deal is going to prevent devastating cuts to the greater military. And so, you know, your husband and your family needs to take this hit.

MAXWELL: Well, that's ridiculous. I think we have already taken the hit as the statistics from this war will show. We have 600,000 retirees that have served in Iraq and Afghanistan that will be impacted by this, not to mention any future active duty that intend to retire. We've lost 5,000 lives, 2.4 million of us have deployed, we have 50,000 of us dealing with traumatic brain injury and over a quarter of a million dealing with Post Traumatic Stress Disorder. I think they have gotten their pound of flesh.

KELLY: You know, Babette, it's one of those things where the politicians in Washington scratch their heads and say, we just can't find another way. You know, it had to happen, we're sorry, but it has to happen. And Paul Ryan has been saying, well, when you turn 62 then you will start getting cost of living increases, you just won't get them until then. And they say, you know, it's just this, you know, little amount, a few thousand a year and it doesn't even kick in for another couple of years. And maybe we'll find another way to avoid it.

MAXWELL: Well, that's nice. He's not active duty nor is he a retiree. And for the average enlisted service member, you are talking about an 83,000 cut over the course of those working age years. And for an officer, we are talking about $124,000 over the course of his working years. That's quite a bit of per month deduction simply because they need to retroactively go back and pay bills they couldn't afford in the first place. And I applaud him coming up with a budget. I really, really do. And I thank Senator Wicker even more for coming up with an amendment to that. And I urge every American out there to take notice. If they are coming after military retirees' pay, everything is fair game. Nothing is off limits.

KELLY: And I know, this is almost, you know, not worth asking. Because politicians on both sides of the aisle break promises all the time. That's the truth. But you were promised -- the military was promised that this would not be touched. That this type of -- benefit and pay would not be touched.

MAXWELL: That's absolutely correct. The president himself directed Congress that any change to military retiree packages needed to grandfather in those already in the retirement system and those serving active duty. And all we are asking are members of Congress and our elected leaders to honor their word.

We don't have a union representing us. All we have is our faith in our government to honor the promises that they have made to those who have served. And let's also point out that the $7 billion in savings that this plan will generate doesn't even cover the interest -- the interest -- in the additional expenses that this same bill authorizes.

KELLY: You know, Paul Ryan also came out and said, well, a lot of the retirees have a second job. So they are not living and eating off of this pension. Your thoughts?

KELLY: On the subject of broken promises, you know, I don't mean to suggest it's nothing just because it's done all the time. But what do you think the consequences of this kind of thing will be? I mean, if the military cannot trust the promises being made by our lawmakers, our politicians, our presidents, our congressmen, what is the result of that?

MAXWELL: Well, I think there are long-term damaging consequences. And I'll paraphrase a quote from George Washington that, you know, future generation are going to look at how this generation treated their veterans before they elect to serve. And what happens when nobody believes the promises and the word given by members of Congress anymore and they don't trust that their promises are going to be honored? We won't have people willing to serve. We won't have an all-volunteer military any longer.

Those are consequences that every American really needs to evaluate when they are talking about whether or not to support something like this bill. And I urge every American out there to really take a hard look. If they are willing to come after military retirees in such a manner that wasn't necessarily fully disclosed to the American people in time for us to do something and to act on it, really take a look at who is safe. And the answer to that is nobody.

KELLY: And I know you are having a Twitter town hall right now.

KELLY: How are they -- did they need to follow you or how did they get to you, Babette?

KELLY: Thank you to your husband and your family for your service.