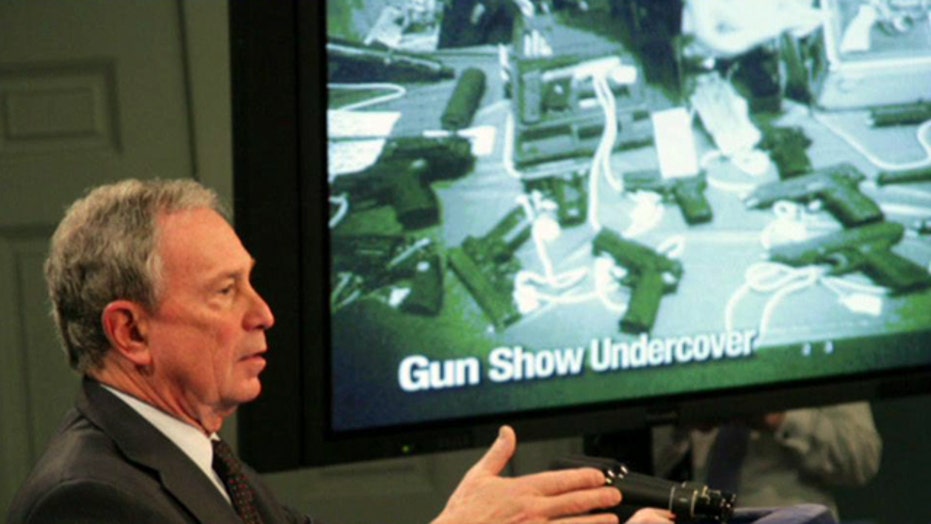 Chris Cox on former NYC mayor's challenge to the NRA

This is a rush transcript from "The Kelly File," April 16, 2014. This copy may not be in its final form and may be updated.

MEGYN KELLY, HOST: A twin threat to Second Amendment supporters developing this week as former New York City Mayor Michael Bloomberg announces he will spend some $50 million on anti-gun awareness just days after a prominent group of doctors pushes for increased gun control, including in the medical office.

Chris Cox is executive director of the NRA Institute for Legislative Action. Chris, good to see you. So, let's start with the doctors. No sooner does the president's choice for surgeon general get put, you know, off to the side because of his controversial gun views than this group of doctors rises up and says for them, it is an issue as well. They think gun violence is a public health issue and they do believe it is a matter for doctors to be discussing with their patients, discussing with parents how to store guns and threat their guns but not just parents, even just regular individuals, the doctors need the need to weigh in on their guns, your thoughts?

KELLY: OK. But they say that gun violence is the number two accidental cause of death in the United States after car accidents and so they view it as a health issue, in particular with respect to the children, although they're not limiting it to children at home.

COX: Well, Megyn, it's clear that they want to treat the fundamental constitutional freedom like a disease. Average Americans all across this country use firearms in legitimate self-defense, they use firearms for hunting, all sorts of lawful purposes. That doesn't fit their narrative so that's conveniently ignored. But the average American out there supports this freedom. They don't want it in their doctors' office, they don't want to be lectured on how to protect themselves, on how to use the firearms safely and responsibly. If you want to do that, you can join the National Rifle Association. We're glad to see you how.

KELLY: Yes. This is not what the physician's ultimately want. They are not very happy with the NRA nor is Mayor Bloomberg, who despite the fact that he is now left office is continuing to keep the NRA in the crosshairs. So, 50 million bucks to try to defeat you, your agenda and everything you stand for. Your thoughts on it?

COX: Well, Megyn, the truth is if he didn't have a billion dollar, or $31 billion, we wouldn't be talking about Michael Bloomberg. But he's got a lot of money and he says that he's going to spend it to try to purchase this freedom. He can buy a lot of things but he can't buy the hearts and minds of American people who love this freedom and who love the second amendment and want to be able to exercise their freedom and not be lectured by a billionaire nanny on how to live their lives. It's just not going to sell.

KELLY: Do you view him as a threat?

COX: Absolutely. We take him seriously. We have 31 billion reasons to take him seriously. But this isn't about money. This is about the hearts and minds of American people, and the NRA is average Americans, honest taxpaying law-abiding Americans all across this country who support this freedom. Michael Bloomberg can't buy that. He can buy a lot of things, but he can't buy this freedom and he can't buy the American people who support it.

KELLY: Chris, good to see you.