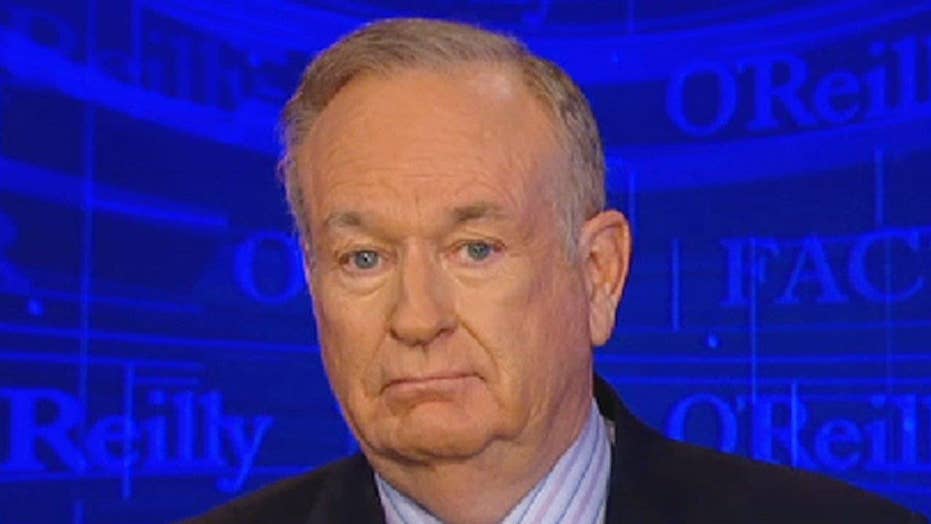 In perhaps the most stunning political story in American history, the folks rejected corruption and unfair federal policies and delivered vast power to a maverick political novice who is promising to treat working Americans with respect. There is no question that the Democratic machine waged an arrogant campaign that justified Hillary Clinton's incredible record of ethical deficiencies.

While many politicians distort and mislead, Mrs. Clinton seems incapable of speaking the truth. Her exploitation of a massive charitable foundation for her own benefit is simply stunning. Even more troubling she sincerely believes that she did nothing wrong or has ever done anything wrong. Americans even some who voted for her noticed the narcissism. Thus, they denied Hillary Clinton power. Here's what talking points said last Wednesday when it explained why Clinton might lose.

O'REILLY: There should be grave concern in the Clinton camp. The reason the Secretary may lose is that the tipping point may have been reached. If you are familiar with Malcolm Gladwell's theory, bad things mount up and then suddenly, at a dramatic moment, everything comes crashing down.

O'REILLY: And that's exactly what happened. The American people have had enough of Hillary Clinton. On the policy front, important statements were made yesterday. First, working folks are tired of supplementing millions of people who are gaming the system. Enough with the chaotic federally imposed healthcare system that punishes productive people with high insurance fees so that other Americans can access free healthcare. Safety nets are vital for the suffering poor in this country. But a vast income redistribution scheme that is clearly unconstitutional is abusive.

President-Elect Trump has vowed to replace ObamaCare and that can't come fast enough. Also, there's no question that a weak federal government has allowed immigration in America to become a national scandal. Hillary Clinton has no interest in fixing any of that. Shamelessly pandering to the Hispanic community in order to harvest votes. The fact that Mexican cartels are harming this nation by smuggling narcotics and undocumented people in here does not seem to faze Clinton or her party in the least.

The fact that Democrats will not even vote for Kate's Law which would protect all Americans from dangerous, illegal alien felons is insane. The voters noticed. On the work place front, workers cannot increase their earning power. Business is strangled by onerous taxation and regulation. It's abundantly clear that liberal America believes corporate America is the enemy and must be punished. Hillary Clinton bought into that intimidated by radical Senators Sanders and Warren unless of course she herself is handed corporate money then it's fine. Voters noticed.

But the real enemy, Islamic terrorists, were not to be unilaterally confronted by the U.S.A. no matter how many innocent people they slaughtered. No. The Obama-Clinton doctrine was to wait for international consensus before taking action and never offend by using the words Islamic terrorism. Voters noticed. Then it was a shocking admission by Hillary Clinton that despite being a Christian she believes unborn babies have no rights whatsoever and can be killed up until birth if the mother's health is in question. That extreme position goes directly against homicide laws in this country. And unmasked Clinton as a radical extremists in the eyes of Americans who value life over destructive ideology.

I can go on and on about Hillary Clinton. But enough. I hope she takes some time off and then comes back, reforms her charity in order to do some good in the world. Now on to Donald Trump. He may not realize it but the vicious dishonest national media actually helped him win the election. Again, the masks came off during the campaign. Take a look at this reaction during the Trump victory.

MARTHA RADDATZ, ABC NEWS CORRESPONDENT: Let's remember what the Trump supporters are voting for. He asked for a ban on Muslims, build a wall. He offended Mexicans. The disabled. Lashed out at a Gold Star family, the military fighting in Mosul. He said, they shouldn't tell people what's happening and the "Access Hollywood" tape.

O'REILLY: That's just bull. Mrs. Clinton's loss had nothing to do with her gender. For the record, I came on at 8:15 last night and said this.

O'REILLY: Well, Trump is competing pretty well, I think, across the board. But I think that at this point it would be foolish to make any kind of broad assessment of what the vote is going to turn out to be. It doesn't look like there is going to be any shocking upsets or shocking vote tallies anywhere. It's a slug out right now.

O'REILLY: And that's what happened. A slug out. They are still counting votes in New Hampshire and Michigan and Arizona. Now, we are proud of our campaign coverage. It was accurate and tough-minded. On Monday, I told you that Republicans would hold the Senate, which they did. Much of the credit for The Factor's perceptive campaign reporting goes to my staff and I will deal with that later in the broadcast. Apart from us, however, the collapse of an objective press in this country angered many Americans who still believe in fair play. That's why the polling failed.

Many voters simply said blank you and refused to participate when asked their opinion. Investors' Business Daily was the best poll and you might consider adding that publication to your life. Distrust of the media is at an all-time high in the U.S.A. So when left wing zealots masquerading as journalists pounded Trump without mercy, voters grew numb to it. Some of that even happened on this network as a few commentators tried to make names for themselves at Trump's expense. Same thing with the people who did not like Hillary Clinton.

There is a difference between tough fact-based political interviews and playing to those in the politically correct fanatical bleachers. Is there not? So the press actually helped Donald Trump win the election. How ironic. Finally, a personal note. Very tough race for me to cover. I know President-Elect Trump for a long time. But I had to challenge him and I did. One columnist at "The Washington Post," Callum Borchers noticed and I'm grateful for his honesty in a sea of media deceit.

As for Hillary Clinton, we gave her fair play even though her campaign lied to us. Shocking, right? But we maintained our professional posture here. Props should also go to FOX News election folks who made CNN and some other networks looks foolish. FNC was far ahead on calling states in giving solid information. In the end, voters had their say, memo to Donald Trump. It wasn't rigged. And that's "The Memo".