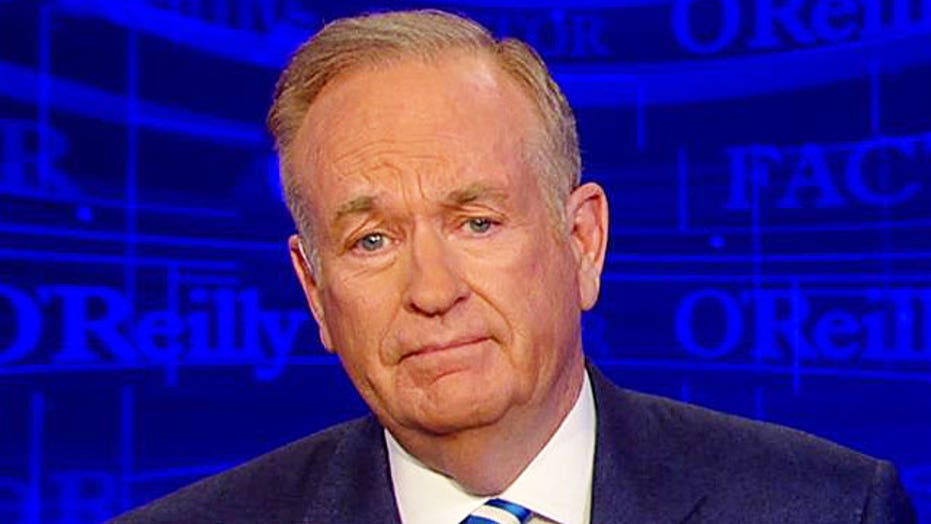 As we have been telling you, every excuse in the book is being used by some Americans to justify the violence in Baltimore. Let's start with what ignited the rioting. 25-year-old Freddie Gray died in police custody of severe spinal injuries. On Monday Mr. Gray was buried. Shortly after that the rioting began.

Today there is a report in the "Washington Post" that says Mr. Gray may have inflicted some of his own injuries on himself. That a police document says after he was taken into custody and put in the back of a van, he was banging his body into the framework. Again, the "Washington Post" reported that. But Fox News medical analyst Dr. Marc Siegel says this.

DR. MARC SIEGEL, FOX NEWS MEDICAL ANALYST: You could sustain a brain injury and you could get a head injury that way. You could even get a neck injury. But let me be clear there is no way that you could sever your spine by bashing your head against the wall or the side of a car or anything like that. That is not going to end up being the cause of the severed spine in this case.

O'REILLY: The truth is we don't know what happened to Mr. Gray, the same way we did not initially know what happened in Ferguson, Missouri. It's fine to report about possible evidence if you see a piece of paper and that's on it, you have got to report it but it is irresponsible to speculate about it. It's also irresponsible to make insane statements, trying to justify vigilante violence. And that's what we have been hearing all week.

The litany of excuse-making is excruciating. The rioters are angry because America is a country of mass incarceration. People who burn down buildings and loot are just misdirected folks who feel hopeless. And if you feel hopeless it's ok to riot. You see, it's really not the fault of those who commit crimes. It's the fault of America because we don't provide jobs for everyone.

Instead of pinpointing the real problem and then trying to solve it you get crazy theories that attempt to provide justification for Americans hurting other Americans. If you can't make big money, go ahead and sell heroin, no problem.

Here's the truth. How can anyone provide a job that pays a decent salary to somebody who can barely read or write? To somebody who can't speak English? To somebody who has tattoos all over their body who is defiant, disrespectful, and doesn't even want to work because they have a sense of entitlement that says they're victims and you owe me.

Does that sound like a good job-seeking resume to you? And don't tell me those folks don't exist. They are legion. So these politicians out on the street trying to justify rioting by saying we don't provide jobs are dishonest in the extreme. If you get educated and are willing to work hard you can get a job. It may not be the best paying job at first. But you work your way up.

Ok. Now, let's take a look at foolish things that have been said this week. Listen to this MSNBC host.

WAGNER: Stephanie Rawlings-Blake is a black woman. Barack Obama is half black, half white but is identified as a black president. And they're using the word "thug". Now Stephanie Rawlings-Blake has since apologized. The President seems if we're to believe the White House press secretary, defiantly sort of doubling down on this is how I describe looters and people who perpetrate violence.

O'REILLY: So that woman is hammering President Obama for describing people who loot and burn down buildings as thugs. She objects to that. So she mentions the President's race -- dismal.

Here is another one.

COOPER: No one is calling the police who put this kid in the van and snapped his spine and crushed his voice box thugs, right? They are only applying it to acts of violence against property -- right? Acts of -- sure, acts of harassment, sure, acts of anger but when are we going to have a language to talk about the systemic violence that white folks do in the name of anti-black system white supremacy in this country. We don't have a language for that.

O'REILLY: Wrong. We do at least have a word for that kind of analysis -- "stupid". According to reporting by the "New York Times", here in New York City 91 people were shot dead by police in 1971. In 2013, last stats available the number was 8 -- a record low.

Los Angeles second largest city -- force by police making arrests down 17 percent. Just 84 suspects were apprehended by force out of 149,000 arrests. I think that was in 2014. So, this "brutal cops" accusation is a provable lie.

Want more truth? This is not a country that promotes white supremacy. Bigoted people are everywhere. And they come in all colors. But there is no systemic effort to keep black people down in America. To perpetuate this kind of vicious propaganda is atrocious.

Finally, you want a little justification for crime? Listen to this.

KENNETH JACKSON, BALTIMORE RESIDENT: A good -- was that check cashing place that was looted, that is a store that actually preyed on this community, charging high rates in order to cash checks and so forth because traditionally a lot of these residents aren't able to obtain accounts at a traditional bank. So it's a lot more deeper.

Summing up, this has been a bad week in America made worse by dishonest politicians, foolish pundits and hateful morons.