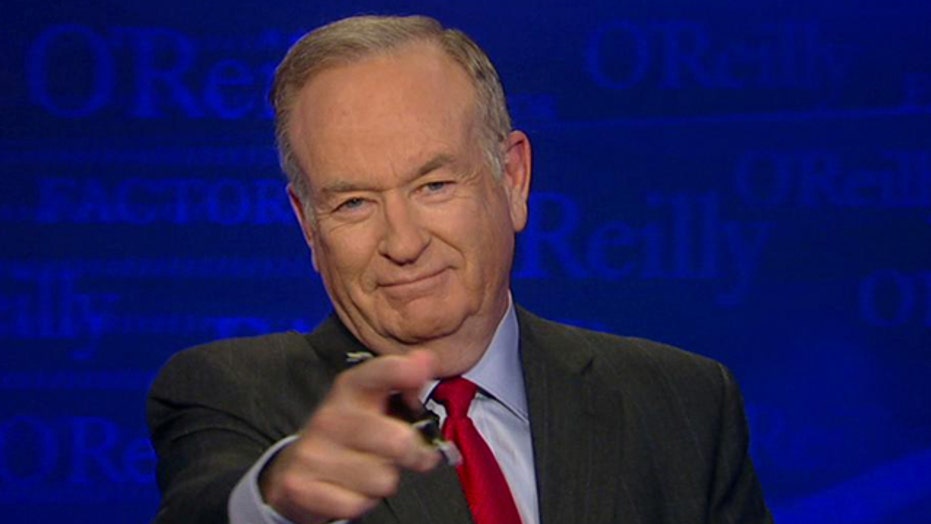 It looks like hell in California as the fire season has started early this year. The nation's most populated state in trouble and Governor Brown says climate change is the reason why.

BROWN: It is true that there is virtually no Republican who accepts the science that virtually is unanimous. I mean, there is no scientific question. There is just political denial as we send billions and billions of tons of heat trapping gases. We get heat and we get fires and we get what we're seeing.

O'REILLY: Mr. Brown is aggressively supporting policies that would limit carbon monoxide side called CO 2 emissions in his state. But unfortunately that will not stop climate change or the drought.

From the very beginning this has been a political issue fuelled -- pardon the pun -- by the very liberal Al Gore who little made a fortune scaring folks about climate. As Brown says the right is skeptical of scientists who say that pollution is changing the earth and we're all eventually going to suffer for it. Some conservatives scoff at that. They should not.

Liberals of course, are crazed over man made climate change demanding immediate action pounding the table to save the icebergs. Both sides are misguided.

Talking Points urges you to read a column by Peter Morici a professor at the University of Maryland which is posted on FoxNews.com. He points out that China is driving pollution on the earth and no matter what the USA does China is not going to cooperate on limiting CO2 emissions. They have to support a billion and a half people and any deprivation in China could lead to a bloody uprising as the folks there know they are oppressed.

So business, not pollution is China's obsession. Right now, China emits almost twice as much CO2 as the USA and is responsible for 85 percent of the annual increase in harmful emissions. In fact, the USA's carbon footprint is receding down about 17 percent since 2005.

So imposing strict environmental standards on U.S. corporations will not do very much as long as China continues to pollute. Now, it is foolish not to do anything. Human beings are harming the earth. And some corporations pollute to make money. They have to be held to account. Reasonable clean air and water standards should be imposed by the feds. But those standards should not be punishing or the U.S. economy will sink even further while China and India another big polluter continue to grow.

The left wants income equality. But without a robust economy and job market, that will never come close to happening. Because we have so many restrictions on energy development, we send buildings of dollars to OPEC. Does that make any sense to you? Does stopping the Keystone Pipeline make any economic sense? It just makes Russia stronger and America weaker.

The feds should encourage alternative energy by granting tax breaks to responsible companies developing those areas. We support Tesla and electric cars in general. We like solar and wind power to be affordable. But in the meantime if you think hammering U.S. corporations will stop the fires in California or storms like Sandy, you are nuts. Governor Brown should fly over to Shanghai and get a clue.