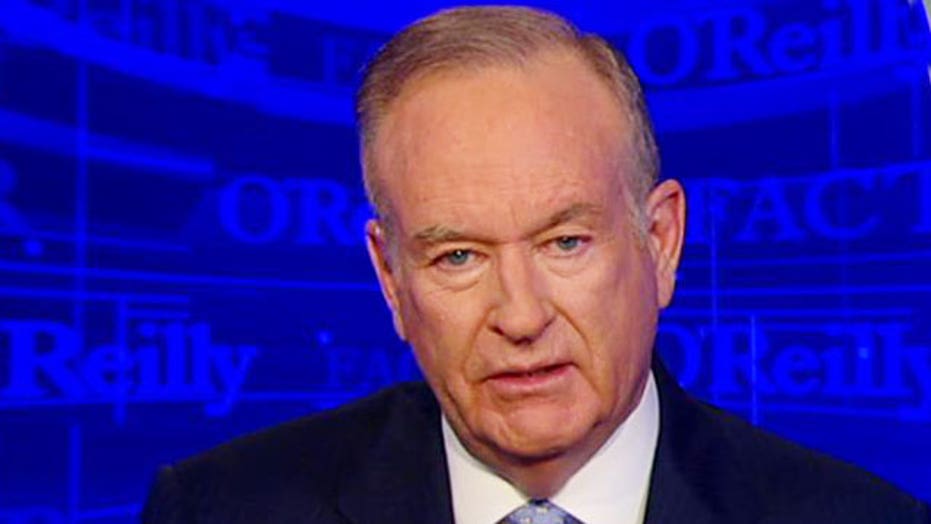 After being embarrassed over the ISIS debacle in Syria and Iraq President Obama is now sending 450 additional U.S. troops to Iraq. As you know, the problem is America failing to diminish the ISIS terror group which is growing in power.

Earlier this week the President told the world he still, still doesn't have a plan to defeat the jihadists.

BARACK OBAMA, PRESIDENT OF THE UNITED STATES: When a finalized plan is presented to me by the Pentagon, then I will share it with the American people. It's not -- we don't yet have a complete strategy because it requires commitments on the part of the Iraqis as well. The details of that are not yet worked out.

O'REILLY: Now, after that statement The Factor and some other media outlets roundly criticized the President and also members of Congress extremely troubled including the powerful Dianne Feinstein, a Democrat from California in the Senate.

To restate, there is no excuse in the world, none, why the U.S.A. does not have a plan to defeat these savages. But the hard truth is, despite ISIS expanding into at least five countries, President Obama has dithered and failed to lead the world against these mass murders.

It's estimated that ISIS and other jihadist groups have executed more than 10,000 human beings. Many of them beheaded or burned alive. As Talking Points has stated before, this is Nazi stuff. There is no difference in mentality between the ISIS group and the Third Reich. They both believe they are entitled to slaughter human beings at will.

In the 1930s the world did not stop Hitler and his mad regime. The result more than 50 million dead in Europe, including innocent men, women, and children slaughtered in concentration camps. The Holocaust, as it's known, was perhaps the worst atrocity in mankind's history.

So I have a question for you. Do you think ISIS would perpetuate another holocaust if it could? Of course they would. These savages don't have any remorse and would kill anybody that doesn't believe the way they do.

President Obama right now is practicing CYA -- and that's not a song by the Village People. He is sending a few hundred more military personnel to Iraq bringing the total to just under 4,000. But, Iraq's the wrong place to confront ISIS. The real campaign should take place in Syria where ISIS has command and control in the city of Raqqa.

President Obama and whatever countries he can cajole to help us should go into Syria, take the city, destroy the infrastructure. At the same time the Kurds who are fighting against ISIS should be directly armed with American weapons. They shouldn't have to go through Baghdad or any place else. Just give them to the Kurds. And the bombing campaign should continue inside Iraq and Syria. That's a plan.

Sending a few hundred more folks into Iraq because you are embarrassed, Mr. President, not a plan.