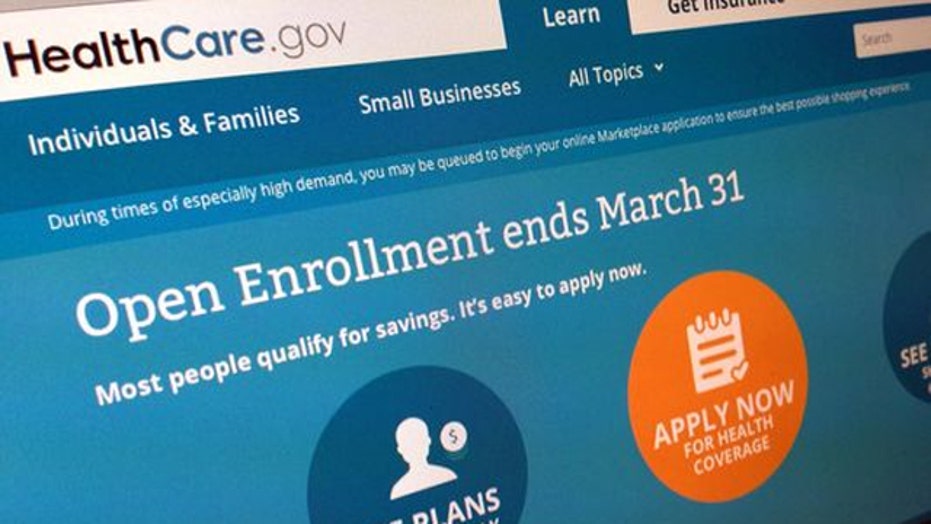 RAND: ENROLLMENT IN EMPLOYER-SPONSORED PLANS UP BY 8.2M SINCE OBAMACARE ROLLOUT

GARY B SMITH: We have ObamaCare and the majority of the country doesn't want it, they voted they don't like it and that they would want it to go away or at least make dramatic changes. As you showed in the numbers, they like employer-based health care, because they have a vested interest in making sure their employees are happy. This proves for not only employer-based but market base which is what this is. Solving the needs of what people want is the best way to go. We should get rid of ObamaCare and let the market work starting with companies.

SASCHA BURNS: The whole point of ObamaCare is to extend health insurance to those that can't. 7 million of those people were newly insured. I say that's great news for the goal of insuring more people.

JOHN LAYFIELD: We don't know how many people were previously insured or how many paid for it. You have 59 percent of people who choose the private plans from their employer, and about 30 percent that went into Medicaid. If these numbers keep going the way they are, that's a huge amount to add to the welfare roles. Some don't work or have the means to get insured, the argument we are making is: is it cheaper to give them insurance or cheaper to let them go to the emergency room and drive up health care costs? So far it looks like ObamaCare is not the offer that people want.

TRACY BYRNES: Let's get people jobs in companies that can offer them benefits as opposed to relying on ObamaCare. We have seen time and time again that corporate America can pull it off better, and I think there has been so much nervousness around ObamaCare. People are afraid to go to it and touch it. If I can't log on and register myself for it, what else will happen going forward? I am much more comfortable going forward with my employer's plan.

JONAS MAX FERRIS: The companies are better than the government at running websites and getting you signed up for everything. That doesn't mean it's the free market. The companies are providing it because they are being forced to and because of massive tax breaks. Why do companies like Apple or Google have to provide health care? They are in the business of making widgets, not in providing health care. The company should be phased out entirely, so you are acting like this is more of the bad policies that we have had for decades since the tax break kicked in.

STUDY: EACH U.S. WORKER WOULD HAVE TO SHELL OUT $106K TO PAY OFF NATIONAL DEBT

TRACY BYRNES: It brings you back to where we were last year and it's a bummer for people that were starting to get it together.

GARY B SMITH: By the time it gets to our grandchildren the amount we pay for Social Security, Medicare and interest payments, it's going to drown out everything else. We won't be able to make enough money in the country to pay down the debt. People laugh and think we will never become Greece. I will tell you what, we are getting there. 70 percent of the bills presented to Congress are about increasing spending. There's nothing to reign it in.

JOHN LAYFIELD: I think the market is detached from Washington, D.C. and politics. We are at $17 trillion in debt. We had 14 years of the most fiscally irresponsible years in history. You don't find one backbone in D.C. Nobody is willing to do the right thing for this country and get this budget under control.

JONAS MAX FERRIS: The government is going to make wealthy people get stuck with $100 million. If the government got together and said, "We have a deal and will cut spending $500 billion and run surplus next year", then you would see the stock market fall, it would be chaos. Now, if they came out and said, "Over 20 years we will fix the long-term problems that have a balanced budget with the Social Security and Medicare", that would be good for the market, but you can't solve this problem by cutting spending next year, you have to indict over the long term or you will cause the market to tank.

SASCHA BURNS: I think it depends on where you are and how soon you need your 401k. You could invest in a safer stock, but no, the market goes up and down. This has been a terrible week, obviously, but it's not anything catastrophic.

AMAZON.COM PAYING "UNHAPPY" EMPLOYEES UP TO $5,000 TO QUIT

JOHN LAYFIELD: If you tell an employer for $5000 you can get rid of the deadwood and you don't have to a lawsuit I think most companies would gleefully write that check. Amazon pays for 95 percent of people's college tuition. They are creating a good atmosphere at work and a lot of it is because they get rid of bad employees.

JONAS MAX FERRIS: At the end of the day, a lot of jobs are for deadwood. That job has the opposite strategy which is put the compensation off until later because the pension is the only thing that keeps them showing up. Tech companies have different problems, they don't have to care about the earnings and they can pay somebody more now. I don't think it works for everybody.

GARY B SMITH: The one area of Amazon prone to unionization is at the fulfillment center. If Amazon was so great they would offer it to every employee, but they are just offering it to those people. It's great and wonderful, but let's call a spade a spade. They are warding off any threat of unionization.

TRACY BYRNES: If you don't like your job move on and the companies don't have to deal with it. I think it's brilliant. I think Amazon is fabulous for doing it and I don't think it's PR at all.

SASCHA BURNS: It's brilliant and a little PR. It's so much better to hand somebody $5000 than to fire them and have your unemployment compensation insurance rates go up for everybody in your business. It's going to save you money in the long run and prevent a lawsuit.