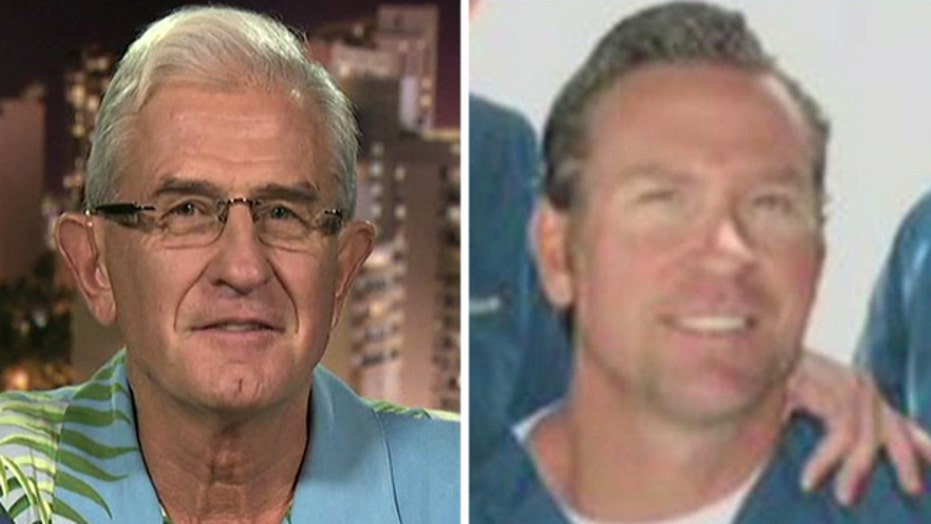 Benghazi victim's father fires back at the administration

This is a rush transcript from "Hannity," May 2, 2014. This copy may not be in its final form and may be updated.

SEAN HANNITY, HOST: While Republicans continue to press for answers regarding the administration's massive cover-up of the Benghazi terror attack, Democrats -- they're now attempting to move away from the conversation and are doing so in some pretty insensitive ways. For starters, former NSC spokesman Tommy Vietor appeared on "Special Reports" with Bret Baier last night, and he made headlines for his language. Watch this.

BRET BAIER, HOST: Did you also change "attacks" to "demonstrations" in the talking points?

VIETOR: Dude, this was, like, two years ago. We're still talking about the most mundane...

BAIER: "Dude" -- it is the thing everybody is talking about!

VIETOR: We're talking about the process of editing talking points. That's what bureaucrats do all day long.

HANNITY: Really, "dude"? Are you kidding me? Now sadly, that remark came just hours after the top Democrat in the House, Nancy Pelosi, made this outrageous comment and also tried to dismiss any and all Benghazi talk. Watch this.

REP. NANCY PELOSI, D-CALIF., MINORITY LEADER: What I will say is, again, diversion, subterfuge, Benghazi, Benghazi, Benghazi. Why aren't we talking about something else? Whatever was in that -- what I know of what I've read in the press about the -- that those e-mails were very consistent with what -- what's put out there before. I don't think there's anything new there.

HANNITY: All right, here with reaction to this unbelievable insensitivity is someone who definitely does care about what happened two years ago. That's the father of Ty Woods. He was a hero that day on September 11, 2012. He saved a lot of people's lives, and he was killed for his efforts. Charles Woods, the father of Ty, thanks for being back on the program.

CHARLES WOODS, FATHER OF TY WOODS: Well, first of all, Sean, I want to thank you for not allowing the Benghazi betrayal to be swept under the rug. The good news is what we heard this morning, and that is that there is going to be a select committee. And that is an answer to prayer. The people of the United States, as well as the families, need to know what actually happened.

HANNITY: Yes. Now, they have claimed, and Jay Carney all this week said the Ben Rhodes memo had nothing to do with Benghazi, but yet it was three days after your son was killed and three other people were killed. Do you buy that explanation?

WOODS: Oh, no, of course not. This was about Benghazi, and that was why it was released. The court said it was about Benghazi because this was a court-ordered document that had to be released. I actually looked at that, and basically, the smoking gun of this document was where they said emphasize that the protests were rooted in the Internet video and that it was not a broader failure of foreign policy.

HANNITY: Let me play for you -- and I mentioned November 28th of 2012. This is a similar statement made by Jay Carney May 8th, 2013, saying that the White House's only involvement with the talking points and the State Department's only involvement in the talking points was just changing the name "consulate." Let me play this for you in light of the Rhodes memo and what it means for you.

JAY CARNEY, WHITE HOUSE PRESS SECRETARY: CIA drafted these talking points and redrafted these talking points. The fact that there are inputs is always the case in a process like this. But the only edits made by anyone here at the White House were stylistic and non-substantive. They corrected the description of the building or the facility in Benghazi from "consulate" to "diplomatic" facility.

HANNITY: What is your reaction to that?

WOODS: You know, this is just part of...

WOODS: That's exactly right. This memo -- it came out on the 12th -- I'm sorry, on the 14th. This was about the same time that I met Hillary Clinton when the bodies came in to Andrews Air Force Base. And I think I mentioned this to you before. Hillary Clinton came up to me, and I gave her a handshake and a hug. And when I shook her hand, she said to me, We are going to have the filmmaker arrested.

Even at that time, she was trying to place a spin on what happened. It wasn't a result of a video. They had two drones above the battle in Benghazi feeding real-time video to the Situation Room in the White House. They could see as it was happening on September 11 and September 12th. For seven or eight hours, they watched this battle happen. They didn't watch a video protest. They watched a battle with militants that were associated with al Qaeda.

HANNITY: Yes. Now, earlier this week, we had testimony -- Brigadier General -- retired brigadier general Robert Lovell testified the military should have tried to intervene. Now, we've talked to you about your son, and he was told to stand down, was he not?

WOODS: I have actually talked to the reporter on the ground that talked to Ty's friend, who was there, who said, Yes, Ty was told on more than one occasion to stand down and not to go rescue.

WOODS: That was the type of hero Ty was. He was going to jeopardize his life, as well as his military career...

WOODS: ... so that he could do the right thing and rescue.

WOODS: And when he went to rescue, he knew that his life was in jeopardy because he wasn't going to be rescued if he got in trouble if they weren't going to go ahead and rescue the 30-some people at the consulate.

HANNITY: All right, let me play Brigadier General Robert Lovell. And he testified the military should have tried to intervene because this went on for hours. And it took a while. And I want to get your reaction to what he said this week.

HANNITY: We should have tried. This went on for hours.

WOODS: And there was no attempt made. As many military people have said, within an hour to an hour-and-a-half, they could have had jets from Italy above the battle at Benghazi. Whether they were armed or not, at least they could have broken the sound barrier. They could have dispersed and caused confusion on the battlefield. Even that was not done.

HANNITY: Well, we learned that...

WOODS: No attempt was made.

HANNITY: We learned that Mr. Vietor, who was on with Bret Baier, making a fool of himself, saying, Dude, that's two years ago, last night -- we learned he was in the situation Room. President Obama was not in the Situation Room!

What would you like to ask the president if you had a chance?

WOODS: Well, I did ask this question of the president last September. I sent a letter to him. And I said, If this had been a member of your family, Mr. President, would your rescue attempts have been more aggressive? And his response to me lacked credibility. He said, If it had been a member of my family, I would have basically done nothing different.

WOODS: And I -- I have a hard time believing that because I know personally, as a father, if my son had cried out for help, I would have done everything in my ability to do that. I wouldn't have gone upstairs and gone to bed. I wouldn't have gone raising campaign funds the next day. I would not have rested until the maximum effort had been done by our military, which is the greatest military in the world, to make sure that there was a rescue attempt.

HANNITY: Do we even know definitively where the president was that night? I don't think we -- we don't know.

WOODS: It would be nice to know where he was and where Hillary Clinton was, as well.

HANNITY: Yes. All right. Thank you, Charles. It seems like we're going to get to the bottom of this. And we'll stay on it, I promise. Thank you.

WOODS: Thank you very much, Sean.