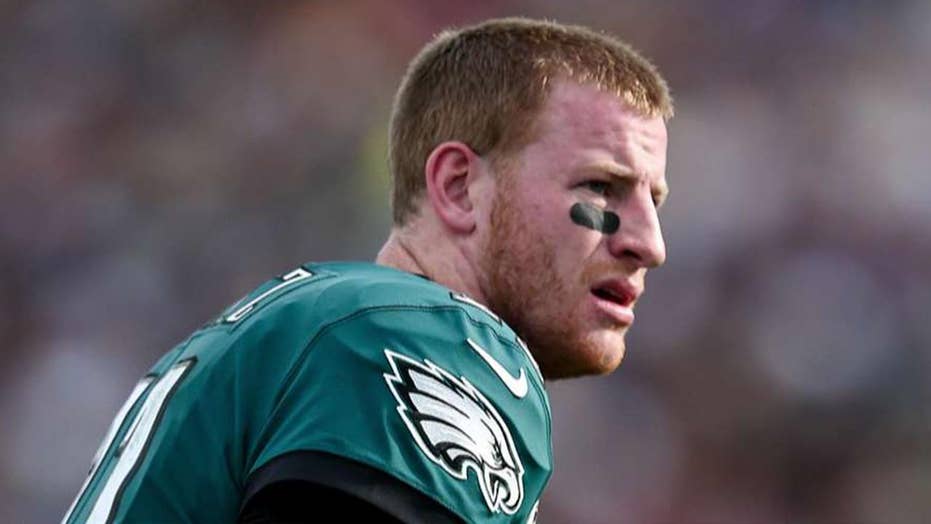 Philadelphia Eagles quarterback stops by 'Fox & Friends' to discuss his new book 'Believe It: My Journey of Success, Failure, and Overcoming the Odds.'

From the publisher: Get ready to defy the odds when everyone's counting you out.

When the Philadelphia Eagles' starting quarterback went down with a torn ACL in week 14 of the 2017 NFL season, many fans―and commentators―assumed the Eagles' season was over.

Instead, Nick Foles came off the bench and, against all odds, led the Eagles to their first Super Bowl victory in history.

Believe It offers a behind-the-scenes look at Nick's unlikely path to the Super Bowl, the obstacles that threatened to hold him back, his rediscovery of his love for the game, and the faith that grounded him through it all. Learn from the way Nick handled the trials and tribulations that made him into the man he is today―and discover a path to your own success