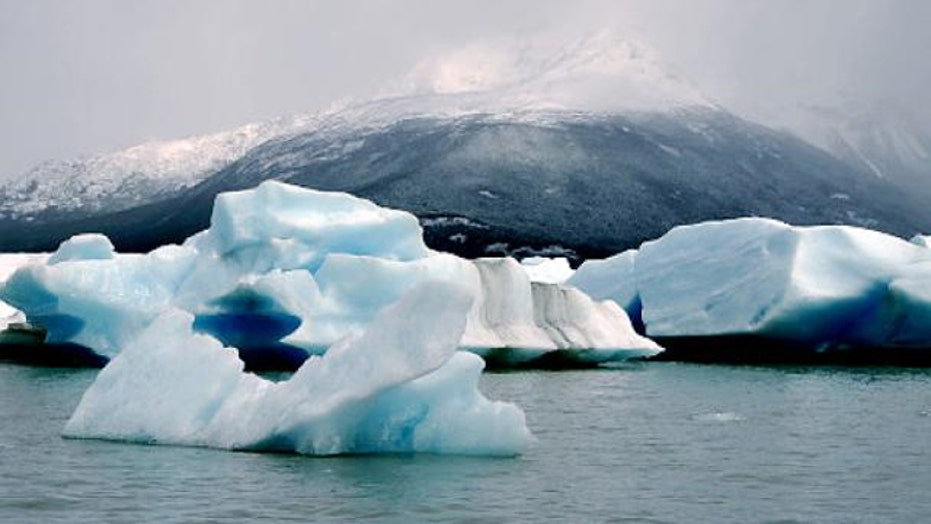 RICH KARLGAARD: That's a lot of money and that really it hits economic growth. The only way we get out of our problems, whether it's the entitlement bond or getting people out of poverty, we have to have economic growth. To steal $2 trillion from potential economic growth is almost a crime. And the irony is the faster economies grow -- or at least America's economy -- the more people want clean air and water and all the other kind of stuff. And entrepreneurs come in and do those things anyway. Look at the natural gas phenomenon. It didn't take the EPA to hammer coal. It took the entrepreneurs to really put the hurt on coal

STEVE BERTONI: I guess I'm the token tree hugger today. It's not a theory, it's real. If you go to NASA or NOAA, look up the charts, they have century old data. Meanwhile, ice caps, other way. This is not models. This is not theories, these are facts. This is human made and it's happening right now.

JOHN TAMNY: Buffett's obviously right. Markets are information machines pricing everything including the possibility of future calamity. The fact that coastal properties continue to rise in value is a powerful market signal that global warming is a massive hoax.

ELIZABETH MACDONALD: No. He owns insurance companies. That's what they do. They risk model. Glaciers receding, sea levels rising, I get that, it sounds scary. The thing is that these models are built by human beings. I tend to personally think that yes, there's climate change. I also know that these models are built by human beings. The CBO gets their forecasting wrong all the time. Weathermen get it wrong all the time. We should shift the conversation away to infrastructure building to help our coastal cities and that would be the way to go. Call it making our coastal cities safe. Call it infrastructure spending. Maybe that's the way to go.

MIKE OZANIAN: What I mind is the government doing it with taxpayer money and they don't use cost benefit analysis. There's no evidence out there that any of this money that you cited at the start of the show is there to reverse it. We have companies like Solyndra, and the president getting up there and say, he's the model of the future, and a year later, the company's bankrupt. Certainly the private sector is the way to go, not the government sector.

ELIZABETH MACDONALD: No, it's not wise. We're talking about dramatic cuts in defense spending. It's not driving the debt crisis in the United States. Entitlements are. We're got North Korea, Iran improving the range of their missiles. Our defense is a force for stability and peace. People always equate it to China. China's the Enron of government bookkeeping. They mask their defense spending saying it is space spending.

JOHN TAMNY: I don't think so. The reality is we spend more on defense than the rest of the world combined. Conservatives talk about reducing the burden of government, but they are promoting very big government and global dependency on government. Defense spending has to be slashed and I'd argue that it would make the world a safer place.

RICH KARLGAARD: If you look back to the 1930s where Britain and the U.S. really downsized their military, it created the perfect situation for aggression by Adolf Hitler, Japan, and Mussolini in Italy. I realize the defense contracting can be very bloated. It's a cost-plus basis which invites a lot of bloated, packed spending. But we can never, ever afford to lose the military technology race.

BRUCE JAPSEN: First, we got to remember, we're coming out of two wars here that we're exiting. The Obama has done a good job; they've reallocated part of our naval fleet to the Pacific ocean, to the Atlantic where we haven't had wars. I've come from the school of thought where if we already have enough nuclear bombs to blow up the world several times over, why do we need anymore?

MIKE OZANIAN: I remember when Barack Carter was president and the economy was totally ruined. When Reagan came in, he rebuilt the economy first. Under Obama, we have a terrible recovery and a weak economy. First and foremost, you got to rebuild the economy. That's what Reagan used to bring down the soviet empire.

SABRINA SCHAEFFER: Having a strong economy in many ways or having a strong information economy is almost as important as having a strong military. But I think putting that aside for a moment, we have very real national security threats. The fact is there are places in the defense budget to cut. I was just reading about the needs program from 1995. This was a missile program. 15 Years later, it was found not to be effective. Yet the president put $400 million into the budget for this program. We want to make sure we aren't cutting the defense budget and putting it back into silly things.

SHOULD WH START ACTING LIKE PRIVATE SECTOR AND GIVE SEBELIUS THE BOOT?

MIKE OZANIAN: Right, and knowing the fact that President Obama lied for years about ObamaCare. Look, here's the deal. What they don't want us to know about is the fact that less healthy people are signing up than they said would sign up, which is going to raise the cost pool of ObamaCare and raise the cost to taxpayers. They were counting on healthy people to sign up and for them to lower the overall cost and that's not happening.

BRUCE JAPSEN: It is complicated, that's for sure. There are younger people signing up. The health insurance companies who people are buying these policies from have been reporting on their earnings that the number of people signing up are younger than they thought they would be. So that's a good sign. The government just said last week that 9 million people are eligible for Medicaid. That's despite the fact that a lot of the red states decided not to go along with Medicaid expansion.

ELIZABETH MACDONALD: Getting back to the point of the uninsured, I saw that only 10% of the uninsured are signing up, half of them are not even paying and affordability sticker shock is an issue. We need health reform inspector general right now overseeing it.

JOHN TAMNY: Well, ObamaCare is the mathematical equivalent of suggesting that two plus two equals a thousand. Because the numbers don't add up, the whole law is being discredited. It's not a question of will it fail, of course it will fail of numerous contradictions.

SABRINA SCHAEFFER: Of course, the CBO announced last month that in addition to encouraging business to cut back on jobs, it's going to result in 31 million Americans not having health insurance by 2024.

RICH KARLGAARD: Does it really count as a win when you throw somebody off insurance through ObamaCare and then they're forced to sign up? Is that a net new subscriber to ObamaCare? The numbers are fraudulent.