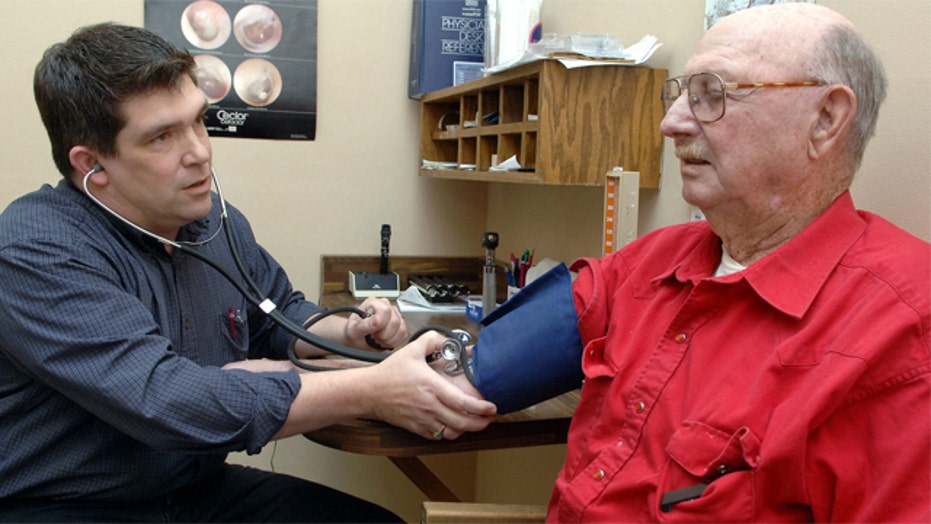 Are you ready for single-payer health care system?

GARY B. SMITH: I think that's what they have been wanting and headed toward all along, and I'm afraid that's what they might get. Here's the problem, single payer is basically like how Medicare is now. Everyone pays in, everyone gets the benefits, but the problem with Medicare is that they are running a pyramid scheme. They are running out of young people to pay for the old people. The ratio used to be 4:1, by 2013 it will be 2.4:1. That's not the only problem; it's running out of money. Its waste in fraud alone estimated by the government accountability office is $17 billion a year! Medicare provides okay coverage, it's just horribly inefficient. If we get there with social security, Medicare, and now a single payer system, we will be completely bankrupting the country.

CHRISTIAN DORSEY: It's much more efficient than the system we have right now. So much of health spending goes to administrative overhead for duplication of services and processes, it doesn't make any sense. Doctors spend so much time figuring out how they're going to bill people for money instead of providing health care. Single payer system provides much greater efficiencies and that Medicare system is actually much more popular than private insurance is because people see that they're getting better care and less waste and less administrative overhead.

TRACY BYRNES: You're going to have lower services, and you're going to see a lot of people not getting what they need. Sure, the billing system is better, but that's not what it is all about. Let's admit it, it's going to be overused and abused much like all systems that are free, this is not our problem.

JOHN LAYFIELD: When you look at the single payer system, look at the certain anecdotal things in the United States, if you are diagnosed with diabetes, 93% of people get care within the first six months, in Canada, 43%, in England 15%. If you have health coverage right now, your coverage is going to be more expensive, you're going to get less quality. That's an economic argument. It is going to be costly no matter what the transition going on right here. All we're dealing with is who paid, we're not dealing with the problems, and that's health care itself.

JONAS MAX FERRIS: It's not only inevitable but accelerating because of the current state of the Affordable Care Act. Dual availability is important for the government; it is not just about efficiency. They can't pull off certain things. The current plan is a little too complicated. It is not just a mandate to get health care. It's a little too private market, and people are mad because young people are going to pay for old people, and healthy people are going to pay for sick people. It is so much simpler to make taxpayers pay for it. We are already seeing most people go to Medicaid in the states, so that's the direction we're going in.

TRACY BYRNES: Most people are going online and ordering what they need and are done. So retailers will suffer at the end of the day. We have seen it already. It's a shortened holiday season to begin with, less time to shop, Thanksgiving weekend was a big disappointment, and everyone is worried about what's going on with D.C. with taxes, so people already have a tightened budget to begin with. They should be worried about this storm.

JOHN LAYFEILD: Retailers are going to come out if it was sunny and say, "People were in the park and that's the reason nobody was in the stores". They have warned for weeks about a slow Christmas season. I think this is going to hurt, but the retailers are going to be blamed for slow sales.

GARY B. SMITH: I think at worst it's going to shift the sales. I think if people say I can't get out December 23rd or December 24th, you're going to have to get your gift a little later. The same with the delivery, it might shift things into January, I don't think retailers on the whole will be hurt.

JONAS MAX FERRIS: I think we will have the best sales ever for holiday because the consumer's doing okay, they are not great, but they are doing the best ever. They are going to find a way to shop. The American consumer will get there.

JOHN LAYFIELD: The problem is the administration's policies that favor the rich, have destroyed the middle class, and have made poverty grow. If you're a senior or poor and your interest rates are low right now, you're not making any money. The rich are getting richer because of that. If you have political influence, you get a tax break.The rich get richer because of that. The middle class has been destroyed. This is the fault of the administration's policies.

CHRISTIAN DORSEY: I want income to grow for everybody, but I want to make sure people who contribute to income growth get a chance to share in it. We have this culture where if a company does well, the CEO and the senior managers make all the money, but the production workers don't see their incomes rise at all. There's something patently unfair about that.

GARY B. SMITH: The first question is, is there income inequality? The measurements that they normally use don't take into account transfer payments and all the other income credits, unemployment insurance, and unemployment benefits. So if you look at spending, which is probably a better way, the top fifth spend about two-and-a-half times what the bottom fifth spends per household. That hasn't changed in 25 years, but the bigger point is, what's wrong with it?

JONAS MAX FERRIS: This country is on an amazing wealth trend that's been going on for decades. No country can keep up with us. There is a legitimate concern here, and the inequality is good to a point because it makes you want to work harder to achieve the things other people have. They don't shift around the tax burden. They have negative tax rates at the bottom. It doesn't work, so we have to get everybody moving along.

TRACY BYRNES: I think that's what the problem is. Why does the production line have to keep making more money when the CEO is brokering the deals overseas? There is a reason for the inequality. Some people are doing bigger, better things. You know what the problem is? We keep handing out welfare, we keep giving people higher unemployment, things like that, and it promotes mediocrity. We should all want to aspire to get better. That's the problem. We are keeping people at these lower levels of the administration's policies.