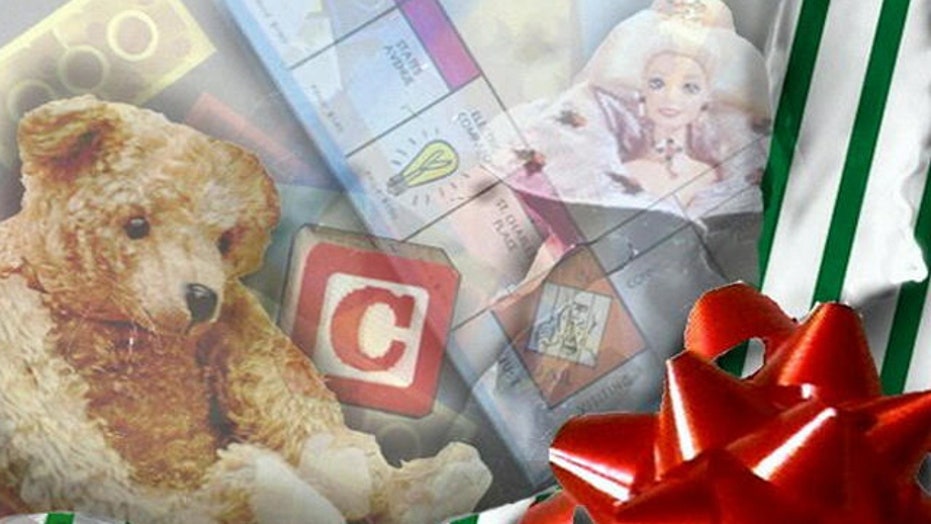 This is a rush transcript from "The Kelly File," November 21, 2013. This copy may not be in its final form and may be updated.

MEGYN KELLY, HOST: Well, what started as a Christmas toy drive in South Carolina and Colorado for poor children has now become a national controversy.

A secular group threatened to sue and the schools shut down their toy drives.

Joining me now, the man behind the lawsuit threat, Roy Speckhardt, who's the executive director of the American Humanist Association.

Roy, good to see you. Thank you for being here.

ROY SPECKHARDT, AMERICAN HUMANIST ASSOCIATION: Thank you for having me on. I appreciate it.

All right, so what exactly is it about a toy drive for needy children that upset you?

SPECKHARDT: Well, it's what it's behind it. This is actually an effort to proselytize these poor kids. These gifts are gifts with strings attached. They come with religious tracts and even a place for kids to sign off on that they have converted to this particular brand of Christianity.

KELLY: And then this Christian organization, this evangelical group would ship off the shoeboxes, right?

SPECKHARDT: No. Their participation in the program is the problem, though. They could choose a more neutral program like Toys for Tots, but they didn't in this case.

SPECKHARDT: It's the fact that they have partnered with an evangelical group, that the whole program is designed to convert kids. If you check out Operation Christmas Child's website, they'll talk about the number of kids they've tried to convert and how many children they have converted successfully with this program. And that's not something that should run through public schools.

KELLY: Now and you claim that they put a little pamphlet in the shoebox that -- and we have a pullout of it. Now we couldn't confirm this independently. But you are representing to us and to our viewers that this was placed inside some of the shoeboxes or all of them?

SPECKHARDT: We don't know for sure. It appears that they're placed in all of them. I mean, the website and their description of what they intend to do, it wouldn't work unless they put them in all the boxes, so clearly that's the goal of what they're trying to do.

KELLY: -- so if you have a school that's partnering with an evangelical group that's sending out these toy boxes and it's got a pledge inside that the students -- that the recipients are supposed to take, you know, pledging that they'll be a good Christian or that they'll join a Christian faith, that's one thing.

But the fact you're objecting to just mere partnership with an evangelical group is another thing entirely. And the question I have for you now, Roy, is the schools folded, all right, for whatever reason. They said that they didn't have the money to fight you, so they folded.

SPECKHARDT: Well, we recommend they do use a neutral program like Toys for Tots.

KELLY: Well, what are you -- what is your group doing?

SPECKHARDT: But they didn't just fold. I mean, there was a story out from the principal of the school in Colorado admitting that the position was indefensible. It wasn't just that they couldn't take the lawsuit.

But listen. What is your group, now that you have managed to cancel the program to help the needy children, what exactly is your humanist group doing to help those children?

SPECKHARDT: Well, we're an advocacy group, not a charitable group, although we do engage in charity from time to time --

SPECKHARDT: We just sent about $30,000 over to the Philippines to support --

KELLY: That's wonderful. But what are you doing for the children who are now not going to get the toys in the boxes?

SPECKHARDT: Our program is designed to help the kids to have a clean, neutral, free-of-church-state violation experience --

KELLY: You have helped them, you have helped save them from the constitutional violation and that will be a warm comfort to them on Christmas morning, Roy. Thanks for being here with your story.