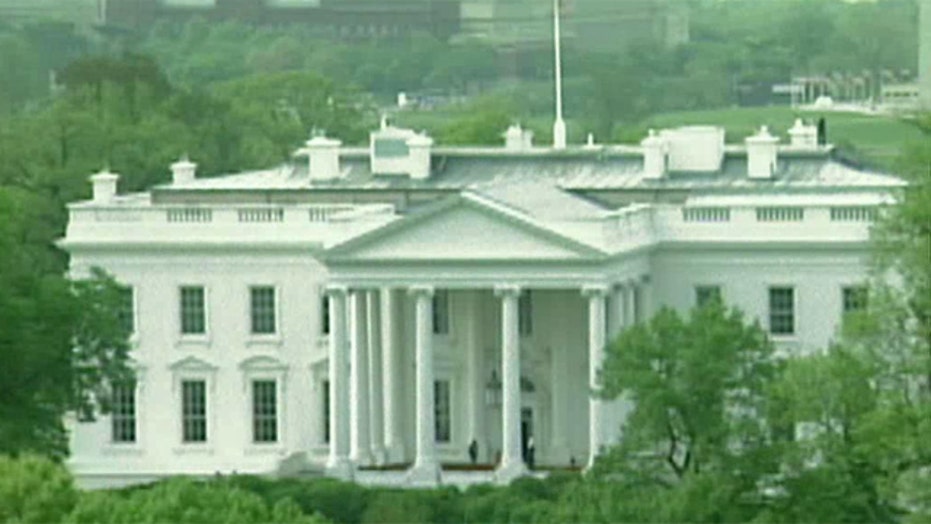 Charles Payne: Well, the country's been in trouble, but is the President now in trouble? I think absolutely. The New York Times says President Obama's lost all credibility on this issue. And the headline is still the headline, and I think it underscores what's going on. This whole thing about it being the Patriot Act; it's the Patriot Act on steroids. And then this whole thing with Internet companies; people have to feel like they have nothing. The President talked about how when he's not president, he wants to protect his own privacy. And that's why he cares about this now. Give me a break. That's so lame. Are you kidding me? So he's talking about, "We'll fix it at three years." People are like, "Right now, you're snooping through everything from what I search on Google to what I say on a telephone."

Dagen McDowell: I actually have no problem with the NSA program because I don't have any expectation of privacy. I mean, I'll freely step up for a pat-down at the airport, and I feel like that's a bigger invasion of privacy.

Charlie Gasparino: We live in a police state, and we have after 9/11 increasingly. I don't think this is purely President Obama's issue. This stuff has been in effect for a long time. I'm with Dagan on this; I kind of feel like everything I'm doing is being monitored. What's interesting is that the alleged civil libertarians that would go nuts if George Bush did this, or when some of this stuff happened during the Bush administration are now saying, "Well, we need national security; these are grave national security issues." There's hypocrisy on the left.

Julian Epstein: The big difference is that under the Bush administration, they didn't get court orders. Under the Obama administration, they're getting a court order for the surveillance. I'm with Dagan; I don't think this is a big scandal. You're not talking about the government eavesdropping on your conversations. What we know is that this program allows the government to get metadata, which are the toll records; the originating and terminating phone numbers, so that they can try to prevent another 9/11 attack. And the other case of the telephone surveillance; the government is following the law in every single one of the instances. None of the complaints being made even begins to allege that the government is doing anything other than following the law; laws that were passed on a bipartisan basis. So I don't really see a scandal here.

Charles Payne: It is a huge deal; a $10 billion loss for taxpayers is a lot. I still think that we went about this the wrong way. The free market could have handled this; they should have gone bankrupt. The whole thing was designed to save the unions, and I think we paid a pretty big price for this as Americans.

Charlie Gasparino: It's kind of ironic that bailed-out banks are underwriting this bailed-out company's IPO or secondary offering. Ed Whitacre, the former CEO put it best; he said they should have done it all at once. They should have sold out all at once. And if they did it that first time, because there was so much demand, they could have sold out at a profit. He said the federal government, Tim Geithner (former US Secretary of the Treasury), the Obama administration, would not do it all at once.

Dagen McDowell: I was in favor of this bailout. I'm glad that General Motors is still around, but I think you're in the tricky situation of trying to time a stock sale. And at this point, I think everybody wants the government out of the company. So, you've got to eat the loss, even though GM is doing extremely well. High sales last month and since '08.

Ben Stein: What's going on here is a disaster. Those who travel a lot, who arrive late at night exhausted, needing to go over our speeches for the next morning, need room service. And we're suffering terribly, and it's just almost unspeakable, the torture we're going through.

Charles Payne: I thought we were moving toward a Jetson's world; it feels like we're moving toward a Flintstone's world. There's no room service. You go to the supermarket and self-checkout. What happened? Pretty soon, you're going to have to change your own linens and have the same towel until you check out. You probably won't even see a human being at these hotels in a couple of years.

Dagen McDowell: You know what? If you order room service from a Hilton, its food that's out of a box, a bag, a jar, a canister, or God knows where it comes from. It all tastes the same.

Charlie Gasparino: When I was hungry before dinner, my mom would say, "Eat a banana." Ben, eat a banana. You don't need room service in the middle of the night. It's bad for you.