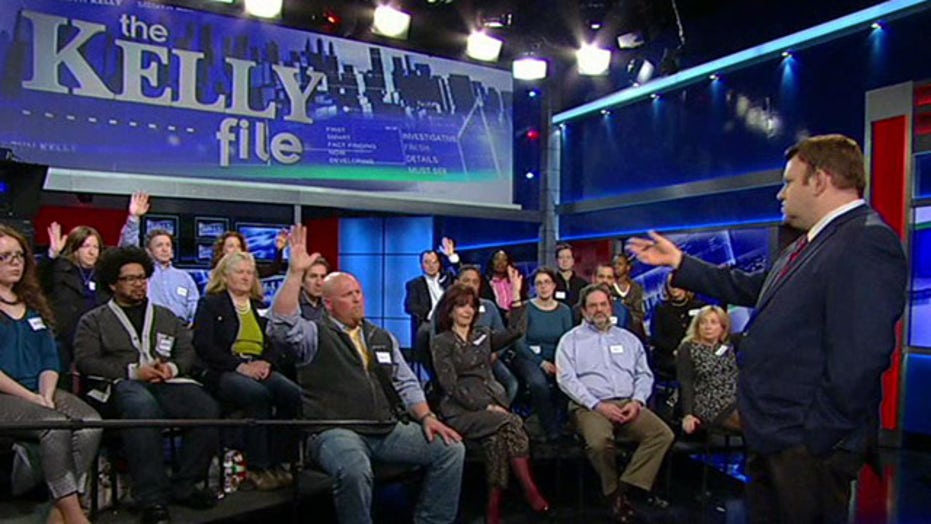 This is a rush transcript from "The Kelly File," March 21, 2014. This copy may not be in its final form and may be updated.

MEGYN KELLY, HOST: The mystery of this missing plane has captured the world's attention. And we wanted know how it's making people feel about flying. Pollster Frank Luntz put that question to his focus group. Watch what happens.

DOCTOR FRANK LUNTZ, CEO LUNTZ GLOBAL: We heard from the experts. Now, let's hear from the American people. How many of you are nervous to fly based on what's going on right now? Why are you nervous?

PAUL S.: Well, I'd be nervous to fly internationally, that's for sure, never mind just the United States. Well, it doesn't seem like the type of background checks or the checks that they're doing overseas and these other countries like Malaysia, even come close to the competence we put forward here, if we're even that competent.

LUNTZ: There was only one American on that plane, clearly we weren't targeted.

NORMA: Well, all I can say is, 30 years ago, I flew LL (ph), and they were checking out toothpaste then. And if we had profiling before and better screening, I would have no trouble flying.

NORMA: Yes. That's what Israelis have been doing for decades.

NORMA: And they never had.

NORMA: No, they profile their passengers as to background, beliefs, political activity, and likelihood of carrying weapons.

LUNTZ: Who else is nervous about flying right now, because of what is going on? Let's go back there. Tell me why.

ALEX: Well, I feel much more comfortable to fly with a well-known airline, British Airways, (INAUDIBLE), because they really have money to put into the security issues. And they really have a kind of very well known.

ALEX: I would not want to do the small airlines.

UNIDENTIFIED MALE: Just the fact that, two guys got on this plane with stolen passports, that really scares me.