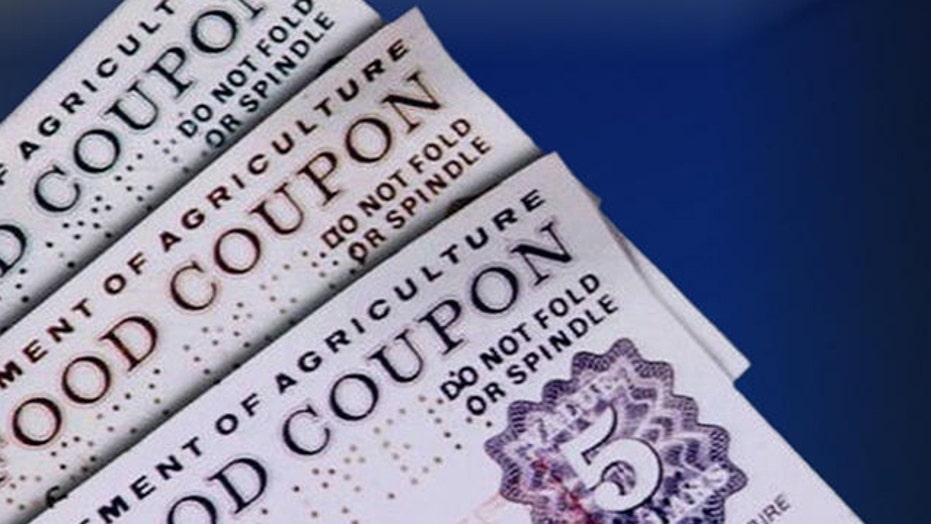 IN FOCUS: SHOULD FOOD STAMPS BE ABOLISHED AS WE KNOW IT, TO SAVE TAXPAYER MONEY?

RICH KARLGAARD: We really do [have to scrap the current food stamp system] because we have to protect it for the people that really need it. Nobody wants to see undernourished children or older folks eating dog food. But if we are also going to cover the cost of 2.5 million people who are healthy and are on food stamps and are of working age, we've got a real unsustainable program here. I'm going to add disability into this; we've also seen disability claims rise by 7 million during Obama's tenure, and not all of those are legitimate either. We have to have reform.

RICK UNGAR: I'm all for always keeping a good eye on welfare to make sure you're not being taken advantage of, but what I worry about when we're talking about food is that people ignore the statistics. Sixty-two percent of the people of the people on food stamps in this country have at least one person in their family working. When you add into that what we believe is legitimate, and I take Rich's point that not everybody who says they're on disability should be, but if you add in those with physical and mental disabilities, it goes up to 85 percent. You've got to be careful not to be so intent about cutting. You cut people who really need the help.

JOHN TAMNY: What we have to remember is that there's nothing in the Constitution about growth, and just the same, there's nothing in it empowering federal politicians to fight poverty. And that's with good reason. This should be a local initiative, probably not in politics. It should probably be private charities. But the broader point here is that we've spent trillions of dollars over the last four decades fighting the war on poverty, yet it still exists today in major numbers. That's the sure signal that the Federal Government is unequal to what it presumes to beat.

MORGAN BRENNAN: I'm wide open to reform in food stamps, and just to be fair, the voted-down House Bill had $20 billion worth of spending cuts in it. I think we're putting the cart before the horse here, however. We have nearly 12 million Americans still unemployed and millions more that are underemployed, and those people do need access to food. When you actually break down the numbers on SNAP, it comes out to about $4.44 a day per person who's actually getting food stamps. That's less than the value of a McDonald's meal.

STEVE FORBES: We're not going to get [reform] now. You're going to have to have a better economy like we had in the mid-1990s-a better environment for this kind of reform. But this kind of thing should be enclosed and folded in other welfare programs like for seniors, supplemental security income programs, and things like that. And let people make their own choices instead of having these things just grown willy-nilly on their own. So you're going to need reform. Unfortunately, this president is not going to provide it, but this debate can be useful for providing a foundation to get it in 2016.

STEVE FORBES: Yes, [I favor a boycott]. It's not what you put on the cover. It's how you put it on the cover. Making this guy look like a pretty-boy rock star-they wouldn't have done that to George Zimmerman, by the way, or this guy's older brother. By contrast, look at what Time Magazine did back in the 1930s when they made Adolf Hitler "Man of the Year." They portrayed him as a small figure at an organ, hanging corpses there, turning out hymnal of hate. Or Joe McCarthy, 1954, where they called him a demagogue on the cover, an unflattering cover. So there's a right way to do it and a wrong way to do it. They did it the wrong way.

MORGAN BRENNAN: I haven't read the story yet. I think most Americans haven't read the story yet. They also use the word "monster." Before I even touch this subject, I want to say I think I speak for all of us when I say our hearts and our prayers continue to go out for the victims and the families in Boston. With that being said, the concept of a boycott-if this were the pre-Internet age, I'd actually be concerned about the fact that stores were boycotting, just in the sense that it would limit Americans' access to information. But we are the Internet age, and stores have a right to boycott. Americans have a right to boycott. Rolling Stone had the right to put this on their cover. We, as the media, are continuing this conversation by having it here, and we're continuing, by default, to push the marketing of this cover out.

RICK UNGAR: I think it's up to the stores. It's not, to me, about being for it or against it. I think Morgan put it really well. The stores have the right to do whatever they want. They're not the government, so it's not a censorship issue. They can do what they want. The biggest problem that I have with the cover-and Rolling Stone can do as they please if it leads people to a good article; I haven't read the article-the problem I have is this very same photo was used in The New York Times. And yet, you can put the two of them together, and you can see that they have glamorized the photo for Rolling Stone. That, to me, is journalistically not quite right.

RICH KARLGAARD: I don't understand this sometimes love of violence, whether it's the French existentialists embracing the Cambodian murders in the ‘60s or Gore Vidal embracing the Oklahoma City bomber. But here's what people should do: They should write to the advertisers; they should find out the corporate officers and the board of directors and write to every single advertiser and say, "Is this what you really stand for? Are these your values?"

BILL BALDWIN: I think the ploy probably accomplished nothing, but the good thing, the redeeming thing about a boycott in a competitive economy is that its power is limited. It would be scary if somebody had monopoly power, like maybe a mayor of Boston, and then he could say to a business, "You know, I don't like your politics, I don't like the politics of your owner, so you can't get a permit in my city." He came close to doing that here.

JOHN TAMNY: Rolling Stone is a private entity. If it wants to put him on the cover, that's fine. We can also boycott it. I just hope the people who defend Rolling Stone would also defend a right-wing magazine if they put George Zimmerman on the cover. It works both ways, I think.

RICH KARLGAARD: The oil executives are onto something. This won't immediately reduce the price in gas at the pump which goes up and down on its own accord but it's ridiculous that this government is cramming more ethanol into gasoline, deteriorating the quality of gasoline forcing oil companies to squander their energies. Oil executives do have a point.

RICK UNGAR: I don't mind if you want to look at this as to a solution, there are many solutions we could look out to bring down the price of gas. It's July and August, the two peak times in the year for driving. That means oil inventories go down; prices go up every year at this time. To add to it, we've had some problems at some of these refineries that they don't take care of very well, so we should look at that too.

STEVE FORBES: These bio fuels are absolutely unnecessary, even Al Gore can't defend ethanol. These refiners have so many boutique kinds of gasoline that it adds to expense, adds to maintenance, so get rid of them. The big thing on gasoline was years ago, taking out the lead, the rest of this stuff is just a waste of money.

MIKE OZANIAN: it's a good idea, another thing about these bio fuels, like ethanol, is that it destroys carbonators, so it adds to costs that way as well. What I'm most irate these biofuels is that it forces poor people to starve by raising the price of food. Land, water, fertilizer, all that goes towards the growth of food, goes towards these biofuels. The rate causes food prices go up. That's where the most destructive.

BILL BALDWIN: I like ethanol except where it depletes ground water, pollutes run-off, jacks up the price of chicken and cereal and riches aisle of corn farmers, who is already worth $10M.

Heat wave stocks! Give our viewers stocks that go up as the temperature rises