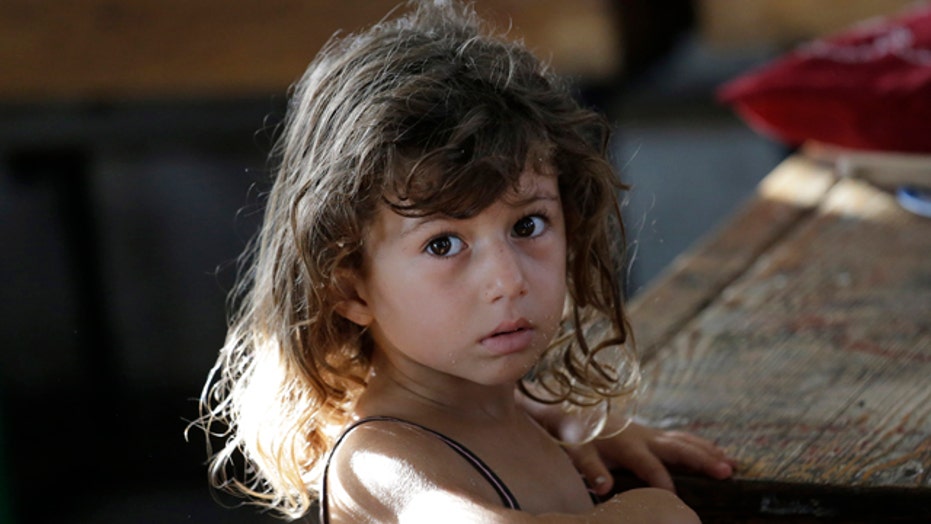 Amb. Dermer: Rush to judgment of Israel is 'unacceptable'

This is a rush transcript from "The Kelly File," July 31, 2014. This copy may not be in its final form and may be updated.

MEGYN KELLY, HOST: Ambassador, thank you very much for being here. Let's start with that, the White House saying that this action by Israel inadvertent though it may have been of shelling this U.N. school was totally indefensible. Do you defend it?

RON DERMER, ISRAELI AMBASSADOR TO THE U.S.: Absolutely I defend it, Megyn, because no one knows the facts. Whether you're sitting in Washington as the White House press secretary or you're sitting in New York or somewhere else, you don't know the facts about what happened. You don't know if we had 50 soldiers in the line of fire and our soldiers were responding to people who were targeting them and maybe saved a lot of soldiers lives in the process. So, we just don't know all the facts. And the rush to judgment that takes place on Israel, that type of things is what's totally unacceptable.

We had a case two days ago -- three days ago, where we had two attacks. One on a hospital in Gaza and one on a refugee camp where a number of children were killed. And obviously everyone is moved by pictures of children being killed, but there was a rush to judgment on Israel and NBC reporter said this was an Israeli drone strike. Turns out that those people were killed, both of those attacks, came from rockets that were fired by Islamic jihad in Gaza. They misfired, they hit the hospital and they hit the refugee camp.

But I can assure you, Megyn, no military in the history of the world has done more to take the civilians of the other side out of harm's way than Israel. And this is happening when two-thirds of the Israeli population, the equivalent of over 200 million Americans is in a bomb shelter.

So, I would ask the critics one question -- if 200 million Americans were in bomb shelters and you had a Fallujah in Southern Canada or Northern Mexico, do you think you would use less force than Israel is using now?

KELLY: Is the White House guilty then of rushing to judgment? Because they said it's pretty clear whose artillery was found in that school.

DERMER: Well, I don't know. It might have been Israeli artillery. I'm not suggesting and definitively saying that it's not. I'm saying that I don't know. But to say that an action is indefensible means you understand the context of the decision making. I know we don't deliberately target that school. But I don't know if the decision to fire back at those who are firing at us may have actually saved dozens of soldiers' lives. I don't know that. Until there's an investigation, no one knows that.

So I can't say it's indefensible because I don't know the facts. Once we get the facts, we'll sit down. And I can assure you, Megyn, having been in the war room with the Israeli prime minister can tell you no country does more to take the civilians of the other side out of harm's way. We are facing an enemy as your videos just showed that uses mosques, schools and hospitals and uses their own people as human shields. This is the reality that Israel is facing.

KELLY: Well, let's speak to that because the White House also said that clearly more can and should be done by Israel. Do you agree with that? To protect civilians.

DERMER: Well, listen. I don't know what that means. I know we're upholding the highest standards. So, if there's a specific case and a specific action that people will tell me that if they were faced with a similar situation, if you had 200 million Americans in bomb shelters as rockets were going in, as a president or prime minister were going down to a bomb shelter that you would take different action, use less forceful action, I would like to see that.

KELLY: Here's what they say, they say, the U.N. warned Israel 17 times that the coordinates where this school is located, that you know, they had 3,000 displaced Gazans in there or children and so on, seeking shelter from their homes that they've been told to leave. That he Israel was told 17 times the coordinate of that U.N. school and yet still it was hit.

DERMER: I don't know that's a fact. But I'm not doubting it. Maybe it's true. But maybe, Megyn, let's say there are 50 American soldiers and let's say the same thing is true, there's a U.N. school. And let's say that if the military does not respond, an antitank rocket is going to hit your soldiers and they're going to kill 50 American soldiers. Would you want your soldiers to respond and save their lives? I don't know the facts. I don't know the context. We'll do an investigation. We do not target U.N. schools. Unfortunately, U.N. schools have been used to store rockets. This is what people should be outraged about.

KELLY: We know that. I mean, that's clear and the evidence has shown that repeatedly and the U.N. even admits that. But, you know, talk about what we're seeing now with respect to these children. And I mean, the pictures, you have to admit, ambassador, they're heart wrenching seeing these little babies bloody.

KELLY: I think Americans look at that and even the staunchest defenders of Israel say, all right, you know, this is tough to stomach.

DERMER: I agree with you. It's heart wrenching for me, Megyn. I feel the same way about those pictures as you do. And I think there's real suffering going on in Gaza. The question is who's responsible for that suffering? There's outrage and there should be outrage when you have dead children. The question is who is that outrage directed at? Is it directed at Israel for defending itself for trying to surgically strike for dealing with an enemy that uses human shields? Or is that outrage directed at Hamas?

If we are going to stop this cycle of using human shields, the world has to be outraged with Hamas. The U.N. secretary general has to get up and say this is wrong. The U.N. organization that operates in Gaza has to say, Hamas, stop putting rockets in our schools. Or else what we're going to have is again and again Hamas use this tactic over and over again because it works. If we want to stop it, the world has to turn against them.

KELLY: I mean, the U.N. spokesman, this executive official gave an interview to Al Jazeera and broke down discussing the deaths that he had seen in the U.N. facility and seemed to place the blame squarely on Israel. I just want to show the viewers a little of what I'm talking about and then I'll ask you about it.

This is an official with the U.N. group that's running these shelters and schools. Why do they blame Israel?

You should read it and see what's in that document. It's a litany of condemnation against Israel. You had not a word about Hamas, no mention of human shield and half a sentence on rocket attacks. We do not have a force standing for human rights in the world today. That is the problem. A force that would stand for human rights today would tell Hamas that its use of children and women and civilians as human shields is an abomination.

KELLY: Last question. There was an article in the Daily Beast today entitled, "Israel is mining the next generation of hate." And the concern being raised more and more it seems about what's going to happen to these children when they're grown and whether this circumstance we're seeing today is going to come back to haunt Israel, perhaps America and Israel's allies as these children have to find a channel for the anger they're probably developing right now.

DERMER: Look, that's always used in confronting terrorism. You can always say if you kill terrorists you're going to create more. But I have to tell you the biggest danger is that terrorism should win. And if it wins in one theater, it will win in many theaters. The reason why you have a generation develop this kind of hatred is that they're poisoned from a very, very young age. When children are taught in school to hate Jews, to hate America, to hate Christians, that's what creates a generation of hatred.

And those around the world who are concerned about the future should take a stand against Palestinian incitement. To make sure that they're not inciting the next generation to hate. That's how we'll solve this problem and hopefully build a peaceful future for Israelis and Palestinians alike.

KELLY: Ambassador, thanks for being here. All the best to you.