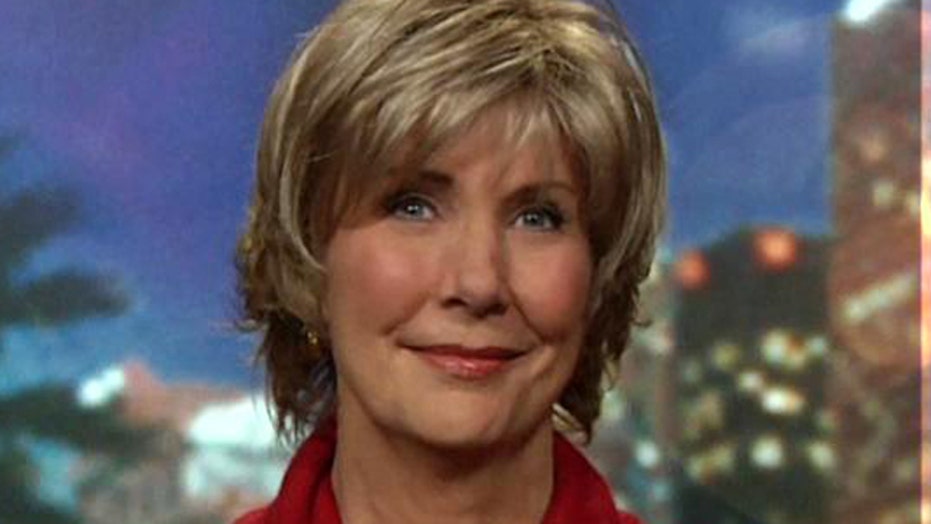 'Alone Yet Not Alone' singer speaks out about Oscar snub

This is a rush transcript from "The Kelly File," February 10, 2014. This copy may not be in its final form and may be updated.

(SONG CLIP "ALONE YET NOT ALONE")

KELLY: Well, this is a clip of the song "Alone Yet Not Alone" from the film of the same name. And we have been following how this small, faith-based film is now at the heart of a big controversy after the Academy Award yanked the film's nomination for a Best Song Oscar. Joni Eareckson Tada is the woman singing that song. She is a Christian disability advocate. Joni, it's great to see you. And so, amazingly this small little film which grossed about $140,000 at the box office gets a nomination for an Academy Award, and then suddenly it gets rescinded because the Academy says well, the producer lobbied folks to vote for the song. We had the producer of "Schindler's List" and "Jurassic Park" on this program to say people lobby all the time. There is another reason they did this to this film and he thinks its anti-Christian biased.

First, tell me how did you get picked to sing it?

JONI EARECKSON TADA, "ALONE YET NOT ALONE" SINGER: Well, I was I was speaking at a conference last year and weaving hymns - songs in and out of my message, little did I realized that in the audience there were friends who were connected with the production of the film. When they heard me sing -- especially as a quadriplegic sitting in a wheelchair -- they asked if I would be willing to record the movie theme, I think they thought that my -- well, just the hardship that I have been through for 47 years as a quadriplegic, that that would bring something unique to the song. So, I recorded it in a little recording studio here in Santa Monica about a few months ago and then next thing I know, it is up for an Oscar.

KELLY: It is unbelievable, and I know - I mean, you're not a professional singer, your husband actually helped you sing the song by pressing on your diaphragm, I understand?

TADA: Yeah, I only have about 50 percent lung capacity, and so my sweet husband, he had to kind of press on my tummy to help me reach the high notes.

KELLY: It so incredible and so, I mean it seriously moving, of how you got selected, you sang the song and what it meant to you, and then, lo and behold, you get an Academy Award nomination and as I say this very well respected Hollywood producer has written a scathing letter to the academy, saying you better revisit this. This has only happened four times in the Academy Award history when they presented in Oscar nod. And he said trust me, people lobby for these things all the time and all the industries experts who have spoken to say people lobby for a nomination. Would it surprise you if the Oscar nomination was rescinded due to the Christian nature of the film?

TADA: Well, I'm no insider to Hollywood and the way the academy works its politics, but it seems to me that every cinematographer, every art director, every cameraman, every costume designer finds a way to promote his work during the nomination season. And here, the songwriter of "Alone Yet Not Alone," that nomination was rescinded because of an e-mail that he sent to his friends alerting them of this film because it was so under the radar. Nobody knew about this movie. So, I can't really say that the nomination was rescinded because of anti-Christian bias, but it would not surprise me. Hollywood -- I don't know, they -- they look at low budget, limited release small Christian productions and perhaps they feel that they should not be privileged to be elevated to the global stage of the Oscar's. And if -- and it's a big if -- that this nomination was rescinded because of its Christian message, it really wouldn't surprise me, because Jesus was shunned by weightier opponents than those in the field of entertainment. His message has always been - not the most popular among people of the world.

KELLY: You have got a great attitude and I know you inspire a lot of people. And no matter what happens at the Academy Award, Joni, it is a pleasure to meet you, thank you for coming on.