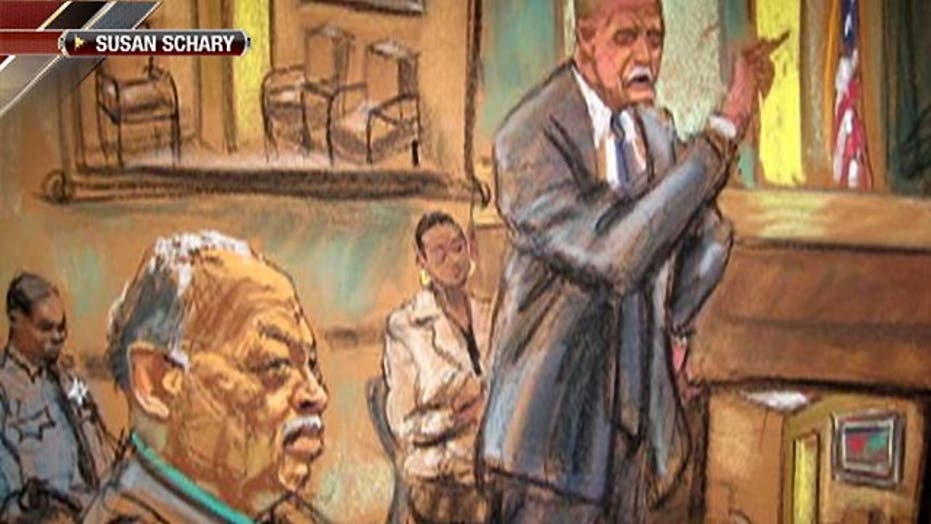 This is a rush transcript from "Special Report," May 13, 2013. This copy may not be in its final form and may be updated.

JACK MCMAHON, DEFENSE ATTORNEY: No one was rooting for Dr. Gosnell. I can tell you that. I mean, no one was really rooting for him. But, nonetheless, I don't think -- when all is said and done, I think our jury system, these people take their jobs very seriously. Again, I don't think they are influenced by that. Maybe they are, I don't know. But I think when you look at this jury taking two weeks...am I disappointed? Yes. Am I satisfied that the jury gave us a fair shot? Yes.

BRET BAIER, ANCHOR: Dr. Kermit Gosnell's attorney. Gosnell today, the jury came back. He is guilty of three counts of first degree murder, dozens of other felony and misdemeanor charges, convicted of killing these babies after they were born in his abortion clinic following botched abortions. Now we wait to see what the sentencing will be.

We're back with the panel. Kirsten, you have followed this really from the beginning, and your column kind of woke people up a bit in the mainstream media. Your thoughts on this verdict and what it means?

KIRSTEN POWERS, COLUMNIST, NEW YORK POST: Well, I think that he was found guilty, as he should have been.  And his attorney had basically been trying to make the case to the jury, that this is what he was paid to do. He was paid to kill these babies. And why would he be found guilty of this? And people who were in the courtroom today said that Gosnell looked sort of befuddled and surprised that he was being -- that this is considered murder. So, I think that, you know, it's certainly an important thing for us to at least all be able to agree on the fact that snipping a baby's neck after it comes after a mother's body is a heinous crime.

DANIEL HENNINGER, WALL STREET JOURNAL: Brit, since 1973 when the Supreme Court decided Roe v. Wade, abortion choice has been a pitched political battle in America, one side fighting with the other. But by and large it's been a political battle, happens at conventions, and so forth.

What we saw here in this verdict was this subject becoming real, I think, for most people. And whatever -- wherever one stands on either side of Roe v. Wade, I think a lot of Americans are stepping back and saying I would like to take a second, large look at what's going on with the issue of abortion. What's going on in these clinics? When are things taking place? I think the subject has been opened up in a way that a lot of people are going to be willing to set aside their politics and find out the reality of this subject.

BAIER: Steve, because the fact of the matter was no matter what your ideology was on the issue of abortion, whether you are pro-choice, pro-life, if you looked at the facts of this case, they were gruesome. They were tough to read, they were tough to listen to.

BAIER: And it did affect people.

HAYES: No question about it. You had a reporter who was covering the trial very closely up in Pennsylvania who had been pro-choice, come out and basically said this has made me pro-life.

Look, I think Dan is right. I think this will be sort of a hinge point in our public discussion debate about abortion, because you can't really go back. You are going to have, I think, people like Planned Parenthood trying fight what I think is this coming national discussion. They put out a statement today or a tweet today in which they didn't even mention the babies. They didn't even mention the babies. They said they were glad that the women victims were, you know, vindicated.

BAIER: Eric Ferraro of Planned Parenthood wrote this, "The jury has punished Kermit Gosnell for his appalling crimes. This verdict will ensure that no woman is victimized by Kermit Gosnell ever again. This case has made clear that we must have and enforce laws that protect access to safe and legal abortion and we must reject misguided laws that would limit women's options and force them to seek treatment from criminals like Kermit Gosnell." Kirsten?

POWERS: Yeah, I would love to see a conversation come out about this, mostly because what I have found in doing reporting on this is how misinformed most people are, even pro-choice people. Even those I know who are very actively pro-choice were arguing with me saying, no, you can't just get an abortion up to 24 weeks for any reason. You can only do that up to 12 weeks. It's like no, you can do it. This is wrong. In Pennsylvania for any reason you can do that. I just think people don't really understand what the laws are and what really people are allowed to do in this country.

BAIER: Quickly, down the row, does this change the debate.

HENNINGER: It completely changes the debate. The question is, will a group come forth that will allow this debate to occur?

POWERS: I don't know -- I'm very skeptical that there will be no a real debate on it.

HAYES: Absolutely no question it changes the debate.

BAIER: That is it for the panel. But stay tuned for something light on a heavy day.